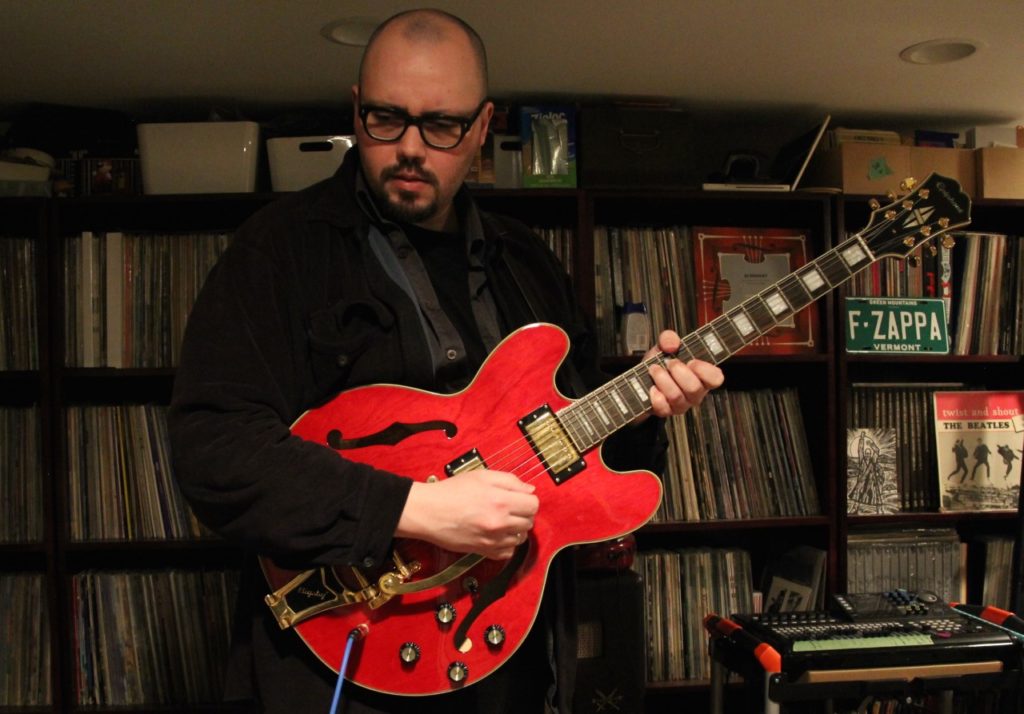 On Monday afternoons, between 2 and 3 PM MT, CKUA host Oskar Zybart shines the spotlight on homegrown talent, spinning tracks from Alberta artists and bands. We recently asked Oskar five questions to get to know him a little bit better.

You’ve talked in the past about how many different jobs you’ve done at CKUA. How did you make the transition from being “behind the scenes” to being on the air?

When I was hired as CKUA’s writer in 2012, I was already broadcasting regularly on campus radio. I had hopes of working as a host professionally, but there were no on-air opportunities at CKUA during my first years. In early 2015, our then new boss David Ward opened space in the overnight schedule to test new ideas, and he invited me to develop my CKUA chops on my own weekly show. The bigger adjustment came a few months later when I began working as a substitute host on various other programs, sometimes for weeks at a time. It was certainly a change and a challenge, but was also great experience.

When did In Our Neighbourhood premiere as a program on CKUA?

How do you choose the music to share with our audience?

I’ve always championed Albertan artists on my various radio programs, which is among the reasons I was approached to develop this series. That being said, it still requires a lot of research and discovery to produce fresh mixes suitable for a daytime show. Thankfully, CKUA’s library is a rich resource. Most weeks on In Our Neighbourhood I feature a single artist, and then I’ll build the rest of the episode with compatible music from other areas of the province. Each hour serves as an eclectic sampler, showcasing a great variety of Albertan voices.

Who’s an Alberta musician or artist the world should know about?

Réal T. Cardinal is an artist whom I esteem highly. He’s best known for the electronic music project Comaduster, as well as for his work as a professional sound designer on video games like Dragon Age and the Mass Effect series. In my opinion, he produces some of the most sonically interesting and sonorously nuanced music in the world. An absolute genius of sound. Look him up!

What do you like to do when you’re not working?

I’m always working on something, even when I’m not busy at CKUA. The last few years have been pretty disruptive for personal projects, but there’s always great satisfaction in finishing something. Most recently, I’ve just completed producing a documentary project for an Edmonton band which will finally be released online at the end of this month. My music research never really stops, whether I’m cooking, or reading, or corresponding–honestly, it’s happening right now! Otherwise, lounging with my young family while being silly and playing cribbage is a solid way to spend an afternoon. 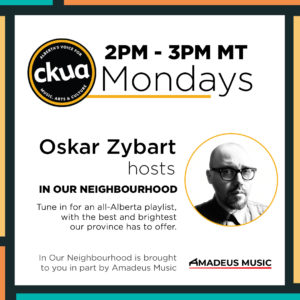 Thanks, Oskar! This week, we’re also pleased to introduce a new program sponsor of In Our Neighbourhood: Amadeus Music.

Owner Amadeus Peruch says, “We know that CKUA is an instrumental source for local and independent artists to share their musical journey with us all, and we hope that as a local and independent business, we can help them achieve their goals. We understand that a musical journey has many different turns and paths, and providing the right tools and exceptional service is something that is important to us.”

We thank Amadeus Music for their generous support of CKUA, and we invite listeners to learn more about this amazing local business.