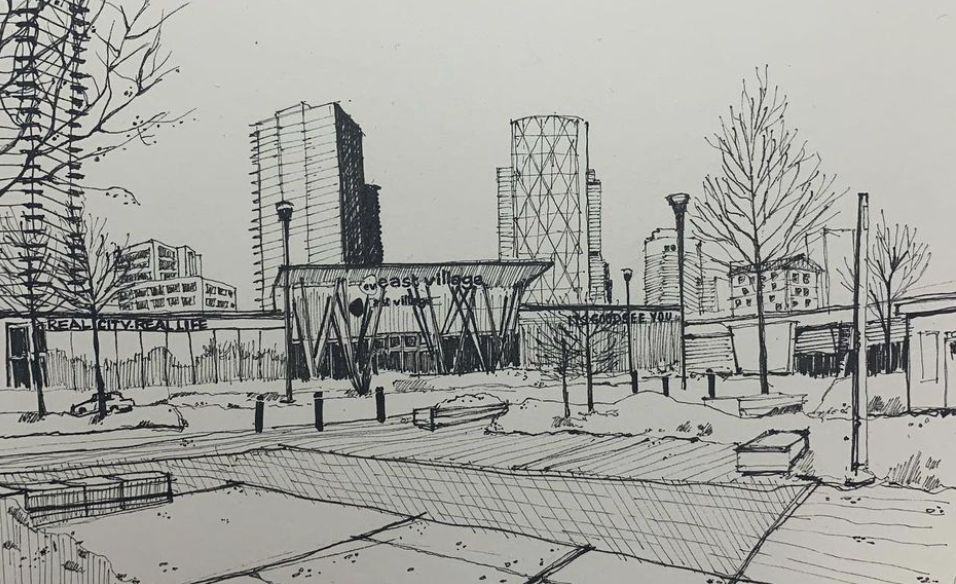 November’s Artist of the Month for the Immigrant Council for Arts Innovation, Anil Yadav, is a visual artist with huge talent and a fascinating story. He’s an urban sketch artist whose work is largely inspired by his adopted hometown of Calgary, which also happens to be the place that gave rise to his career as a professional artist.

A gifted sketch artist since his childhood in New Delhi, India, Anil initially never dreamt that drawing could be anything other than a passion and a hobby. He pursued a career in architecture, and eventually came to Calgary to study City Planning.

It was in Calgary that he noticed the overwhelmingly enthusiastic reactions that his drawings received from fellow students and faculty. After much encouragement, he began to pursue his artistic interests more seriously, and has experienced something of an explosion of interest in his work in the past year.

Anil Yadav joins CKUA’s Grant Stovel on Thursday to talk about his artistic journey, the inspiration he draws from both the city of Calgary and its community, his recent exhibitions, and more.

Meet rapper and activist KTheChosen, ICAI’s Artist of the Month