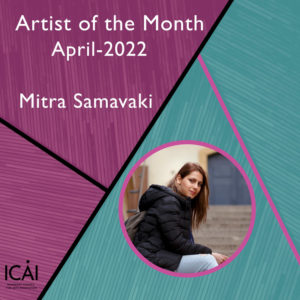 Mitra Samavaki’s passion for photography was ignited 20 years when her father first gave her a camera. Upon completion of her bachelor’s at the Art University of Tehran, Mitra worked for several years as a photojournalist for numerous media outlets. The Iranian photographer and visual artist eventually relocated to #Calgary in 2021, where she pursued a Master’s in Fine Art at the University of Calgary.

Most recently, Mitra has been named the Immigrant Council for Art Innovation’s Artist of the Month for April. As an immigrant to Canada, Mitra’s recent photographic works embody the feeling of being caught in the in-between, exploring the liminality that immigrants often feel in their new environments.