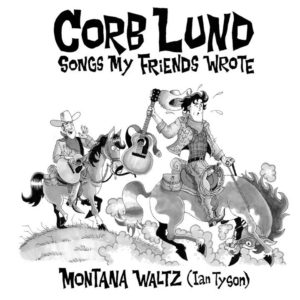 He’s an Alberta musician who is quite possibly the single most requested artist during CKUA’s Fundraiser season.

Corb Lund has a brand-new album out this New Music Friday, and… he’s a huge CKUA booster!

Corb stopped in to chat with Grant Stovel on Alberta Morning to spin us a couple of songs from his new covers record, Songs My Friends Wrote!

Hear about his rendition of songs by Alberta tunesmiths Ian Tyson and Mike Plume, his string of sold-out Alberta concerts, and of course, Corb tells us a bit about his feeling for great community radio!

And get ready to turn it up to eleven, here Corby’s request:

Interview: Corb Lund discusses the new, star-studded single, “This is My Prairie Home”