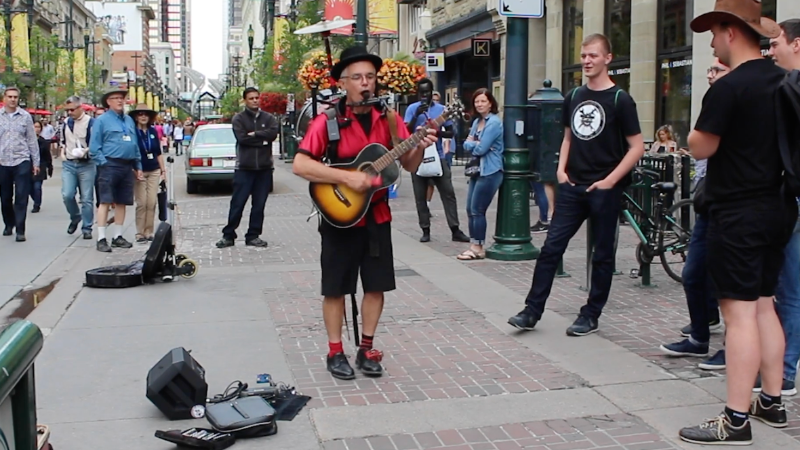 When Calgary musician Patrick Verdone found a strange instrument at an estate sale, he was intrigued and set off to find its rightful owner.  That led him to Dan Duguay, a musician and long-time busker known to Calgarians as “Dan The One Man Band.”

Dan and his lost instrument are the focus of Another Man’s Treasure, a new short documentary film that premieres this weekend, as part of the Calgary Underground Film Festival’s Shorts Package.

CKUA’s Lisa Wilton spoke with director Colin Bradley about the film and started by asking him how he got involved with the story.

Hear more! In 2020 we spoke with both Joe Buffalo and Tank Sanding Buffalo.