UPDATE! How a serendipitous meeting and a mutual love of the music of Gillian Welch brought two artists together in Shakespeare-like fashion. This is the story of Ocie Elliott, a duo consisting of Jon Middleton on guitar and vocals & Sierra Lundy singing and playing occasional keys. 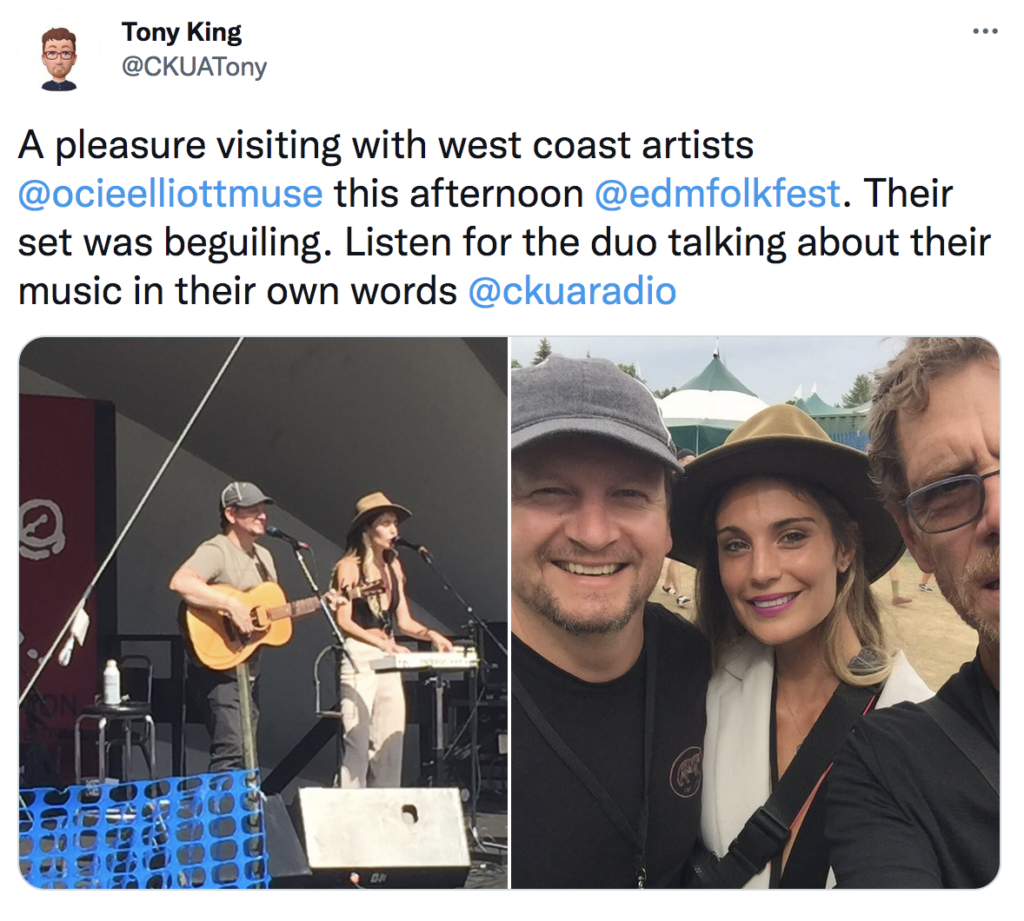 From their humble beginnings, performing in small coffee shops on Salt Spring Island, to most recently gracing the stages of the Edmonton Folk Music Festival, this unassuming couple takes inspiration from the landscape and are already gaining legions of fans. 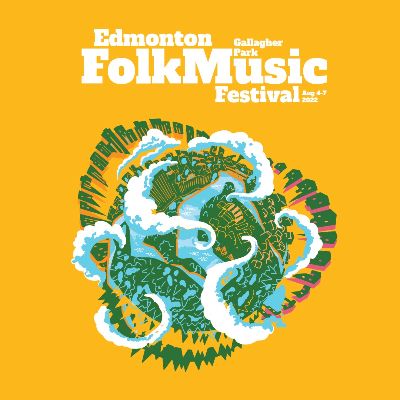 It was like inhaling the sweet smell of a bouquet of fresh cut flowers, the aroma of hand-crafted and well sugared mini-doughnuts wafting along a well tread path behind Stage 3. In addition to the redolence of food vendors’ fare, the scent of anticipation permeated the air. Edmonton folk fest, after three very long years, was a thing. Bring it on!

As the sun bathed the hills at Gallagher Park, bottled-up anticipation was at a fever pitch amidst the almost 20,000 attendees at this year’s event. Flying in the face of whatever a pandemic might have been, patrons were hungry, not only to nosh on fried food, but to enjoy the musical fruits on the menu from artists as diverse as Dobet Gnahoré and The National. In spite of an apoplectic phobia of crowds, I chose to put on my work boots and jump into the deep end. I’m thankful I did, as the line-up, and we are not talking about for “face-painting” here, exceeded all expectation. 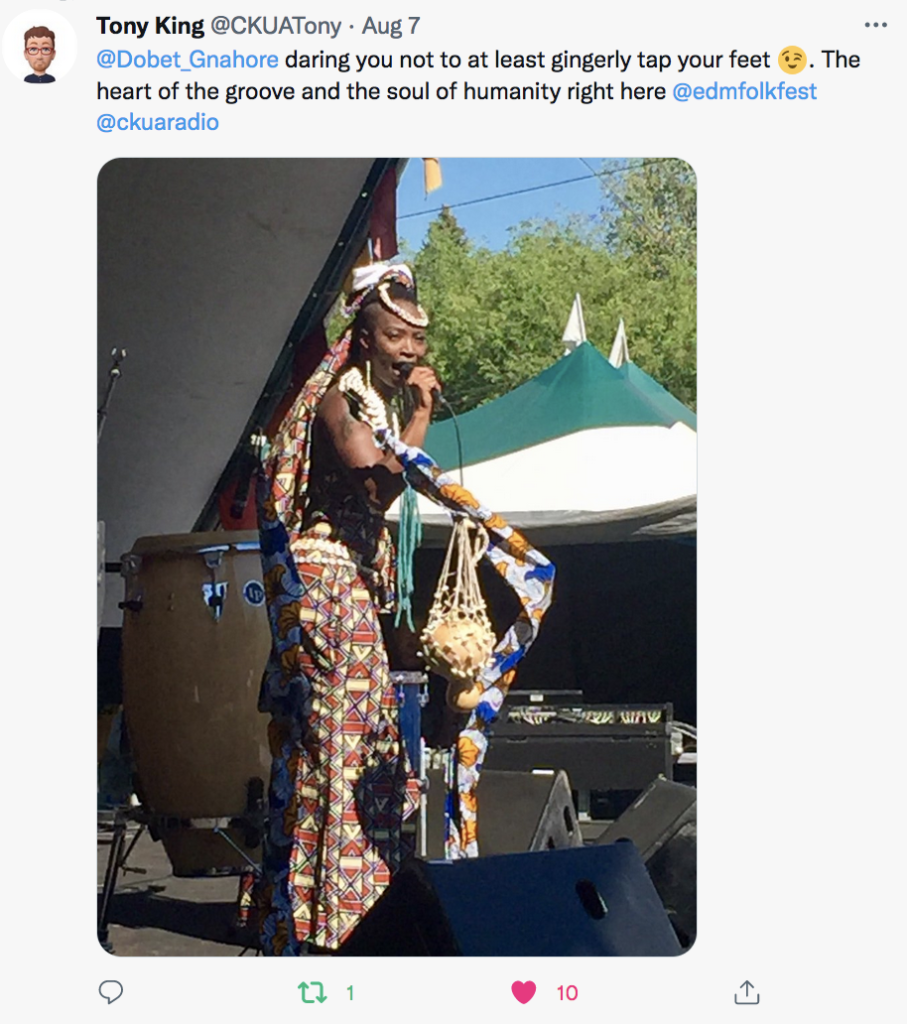 It’s not necessary to get into a personal critique of every single artist I saw in this forum, but here is an overview of why the Edmonton Folk Music Festival is a little bit of otherworldly magic. Don’t expect any coherence or chronology, these are just a few visceral impressions. 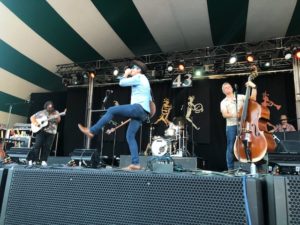 First, working backward, as I cycled away from the festival on Sunday evening, the Waxing Gibbous moon was just peeking over the horizon to the South, and to the North the buildings of downtown Edmonton glowed in the distance. Parked in-between were the sounds of Lord Huron book-ending a once in a lifetime (hopefully) “welcome back to the hill” moment. Just before that, I was spellbound by the infectious wit and musicality of Old Crow Medicine Show. One of the most ferocious, no holds barred acts ever to grace Main Stage. The tangled story of how lead singer Ketch Secor found his way eventually to the Edmonton Folk Music Festival by way of Edmundston, New Brunswick was truly hilarious! 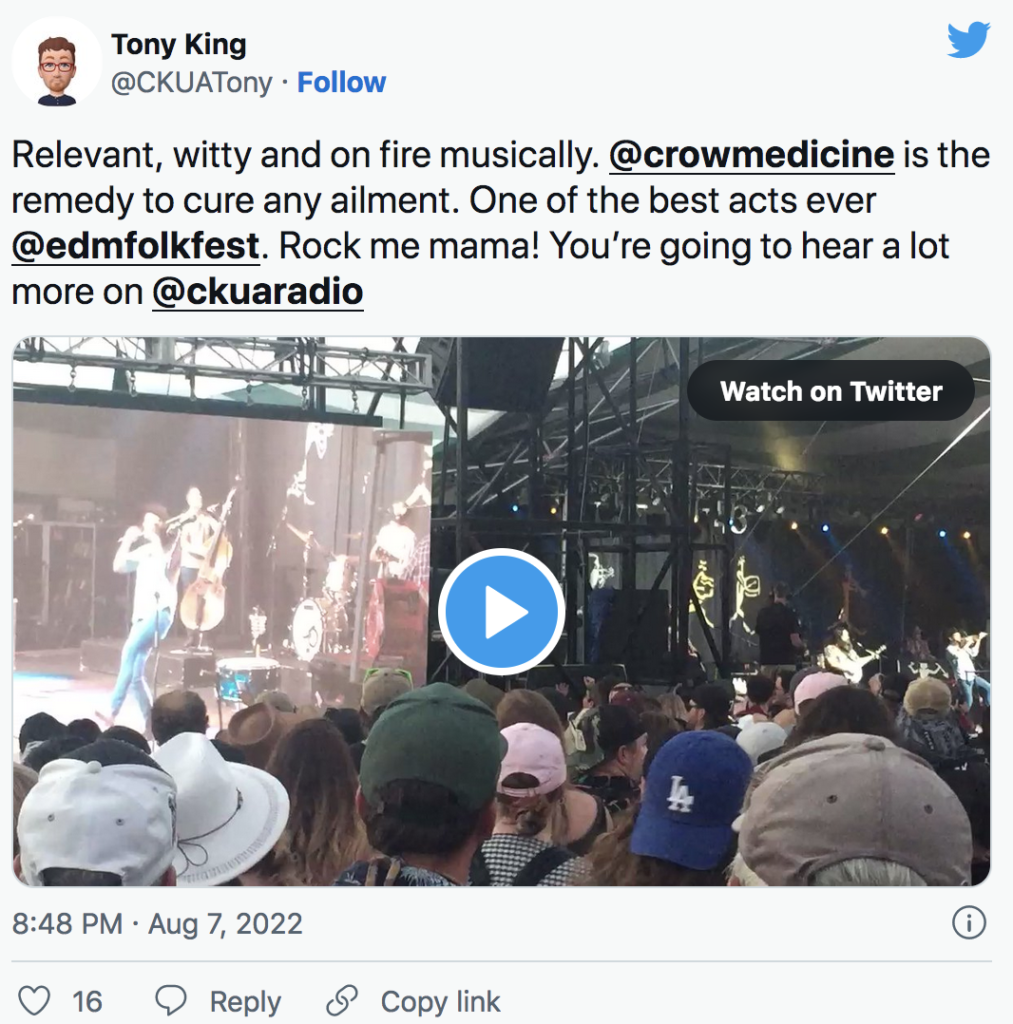 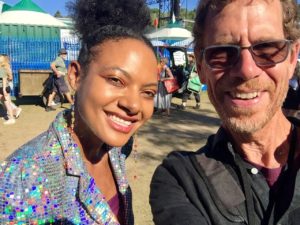 In an absolutely transcendent performance, Allison Russell sang material from her latest album Outside Child with a group of women who have graced stages at Newport and performed with artists such as Femi Kuti. As the resonance of a cello popped and swam through the changes of Persephone I was moved to tears. Imagine then having the opportunity to talk with Allison Russell about her process and how joy could be manifested through tragedy. I did just that, and you will hear more of the conversation in the coming weeks on CKUA. 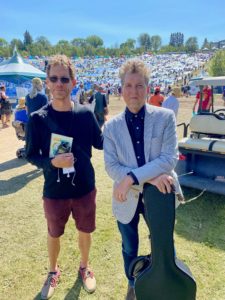 On the topic of conversation, I must confess to being intimidated coming face to face with Joe Henry. A brilliant man, who has written music that has impacted so many, produced records and worked with luminaries. He is also a talented writer, as became evident while he told the story of listening to public radio as a kid growing up in North Carolina. He waxed eloquently about how handcrafted playlists left an indelible impression on him as a kid and paved the way for a career as a songwriter. A poet and philosopher, Joe Henry overcame a lot before he found his path to the Edmonton Folk Music Festival, including a cancer diagnosis. Grateful, and infused with a sense that music itself is a gateway into a deeper understanding of who we are, he’s an amazing storyteller and you will also hear Joe Henry in his own words in the near future.

Other unforgettable moments were basking in the heat while Celeigh Cardinal, Kobo Town and Carmanah did something no artist should dare when it’s that warm: light a metaphorical fire on stage. Imagine Celeigh Cardinal testing new material for workshop patrons, only to have everyone on stage jam with her; it was pure magic. Another sign that she is an artist who’s set to shake things up on the world stage. 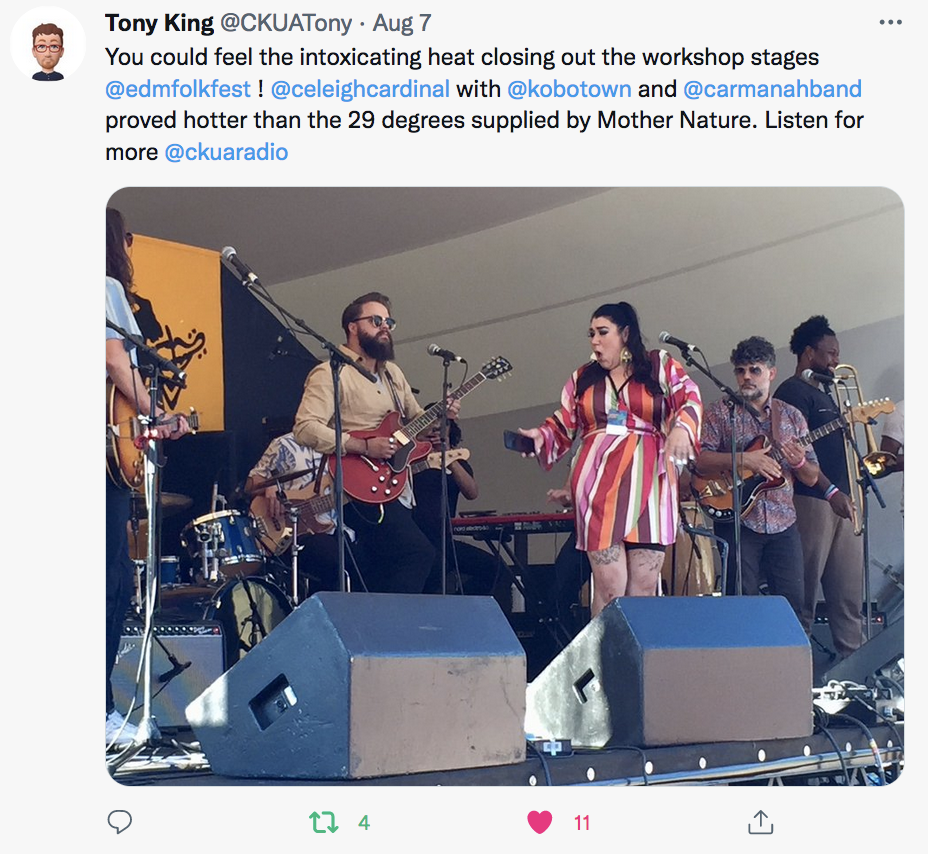 Other side stage highlights included catching The Weather Station. Tamara Lindeman, who confessed that she had just recovered from the COVID virus, put it very succinctly when she mused about how wonderful it was to share her music with a real live audience again and how these little moments in life are radiant with stars and should not to be taken for granted. 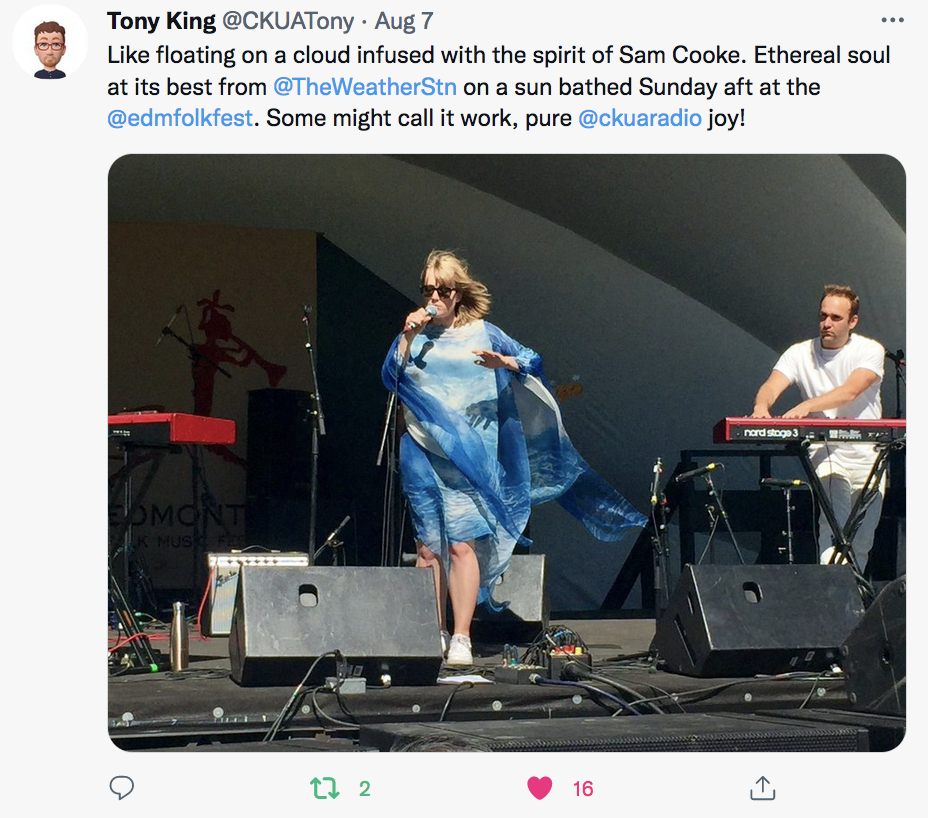 There were many such incidents at the Edmonton Folk Music Festival this year, and these certainly aren’t specific to that event. Musicians, patrons, and volunteers alike suggested that time was precious. To be with humans again, breathing in the rarified air of what it is to share something as magical as a hug. Magnify that feeling by 20,000 and add a little dash of mini-doughnuts and music to the mix and, yes you get the idea. – TK

A CKUA Day in the Life: Tony King, host of Thoroughfare