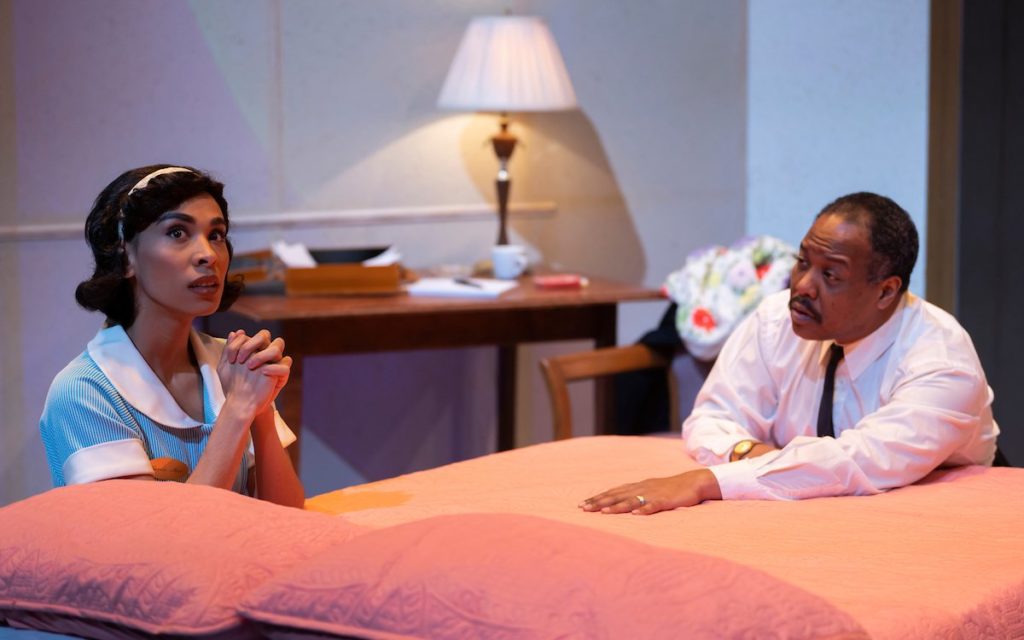 King was assassinated, but not before he delivered one of his most memorable speeches on April 3, 1968. A new production mounted by Theatre Network asks the question, what if history could be altered?

The Mountaintop is a play by Katori Hall that finds Martin Luther King Jr. relaxing in his room at the Lorraine Motel, following a fiery call to action. There is a tempestuous storm outside, when a mysterious stranger enters the room, challenging King to confront his destiny. This provocative play, starring Ray Strachan and Patricia Cerra, is on now at the Varscona Theatre in Edmonton.

Director Patricia Darbasie joined Tony King on Wednesday’s Thoroughfare at 1:45 PM (MT), to talk about the influence of Martin Luther King Jr. on the black diaspora, and the challenges of creating a fictional world around a man whose mythology lives large.

On Theatre: The Return of Alice ‘In Wonderland’

On theatre: ‘Something Unspoken’