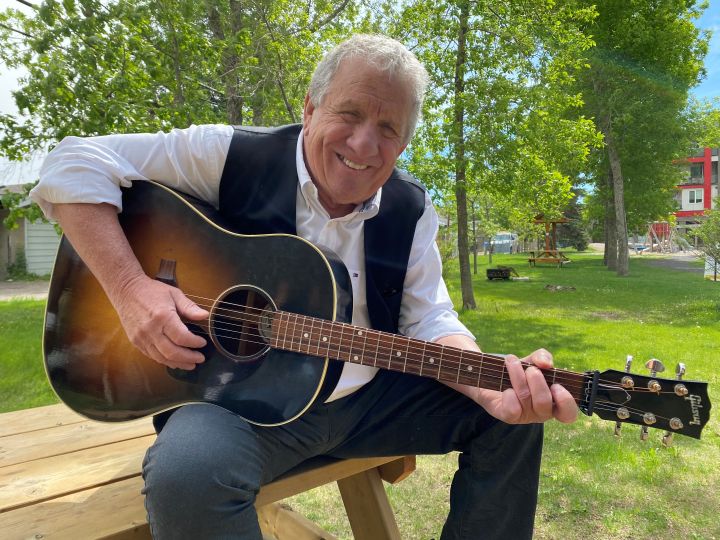 Each week, Notes on Wellness provides tips for healthy living in a constantly changing world. Join host Kate Stevens, as she interviews interesting Albertans whose work focuses on topics such as exercise, mental health, and the connections between music and our well-being.

Keeping active as an elder doesn’t just mean walks in the park anymore. Elders and the 60+ are reaching for instruments, raising spirits and working out their brains and lungs. Founder of musical alliance Eldersong, Bob Chartier shares more about the importance of finding your voice, and connecting with other mature musicians.

Bob, a true late bloomer, has been singing throughout the sixties… his age, not the famous decade. He found his buried voice at FAMI camp and for the past half-dozen years he sings every day, has written over 100 songs, and has performed at numerous festivals around Alberta. He was one of the founders of the Music Mile project that saw a music district formed in the heart of Calgary. Bob also hosts the Songwriters in the Round at the Gravity Café in Inglewood.

Hear the latest episode of Notes on Wellness on-air, Mondays at 9:00am MT!