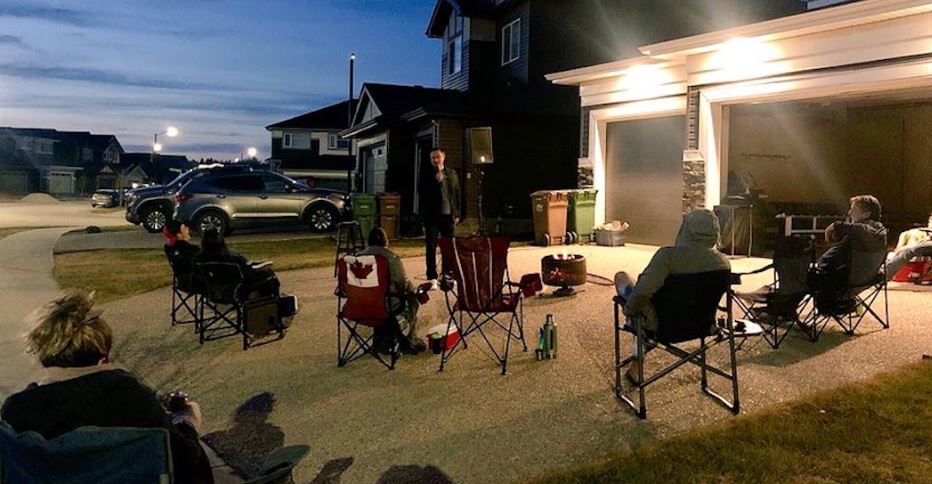 What does 17 years of doing standup comedy in exotic places, like the North Pole and Montreal’s Just for Laughs Comedy Festival do for a guy?  Apparently it affords a prestigious enough resume that folks will allow you to step into their backyards to tell jokes.

Lars Callieou is an Edmonton based comedian who had his summer plans to tour Asia and Australia grounded because of the COVID-19 pandemic.

Rather than test out his jokes on his cat through this time of isolation, Callieou flew in the face of convention and became a comedian for hire…by the fire. Recently he spoke with Lisa Wilton about the joy of connecting neighbors and honing his skills by the fire:

The shows are all paid for by donation, and Callieou gives that to charity. To book Lars Callieou to perform in your backyard, contact him via his website. 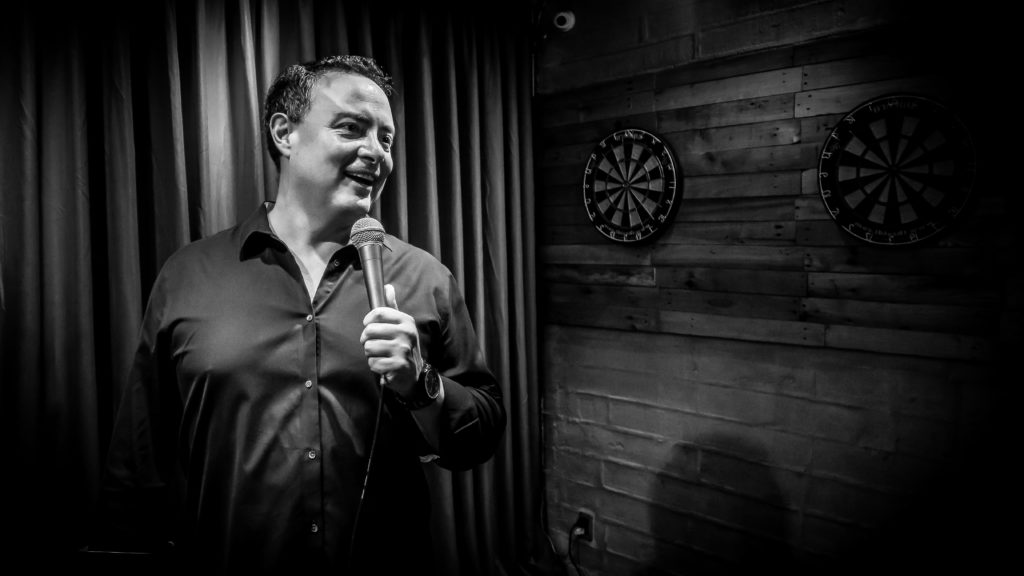