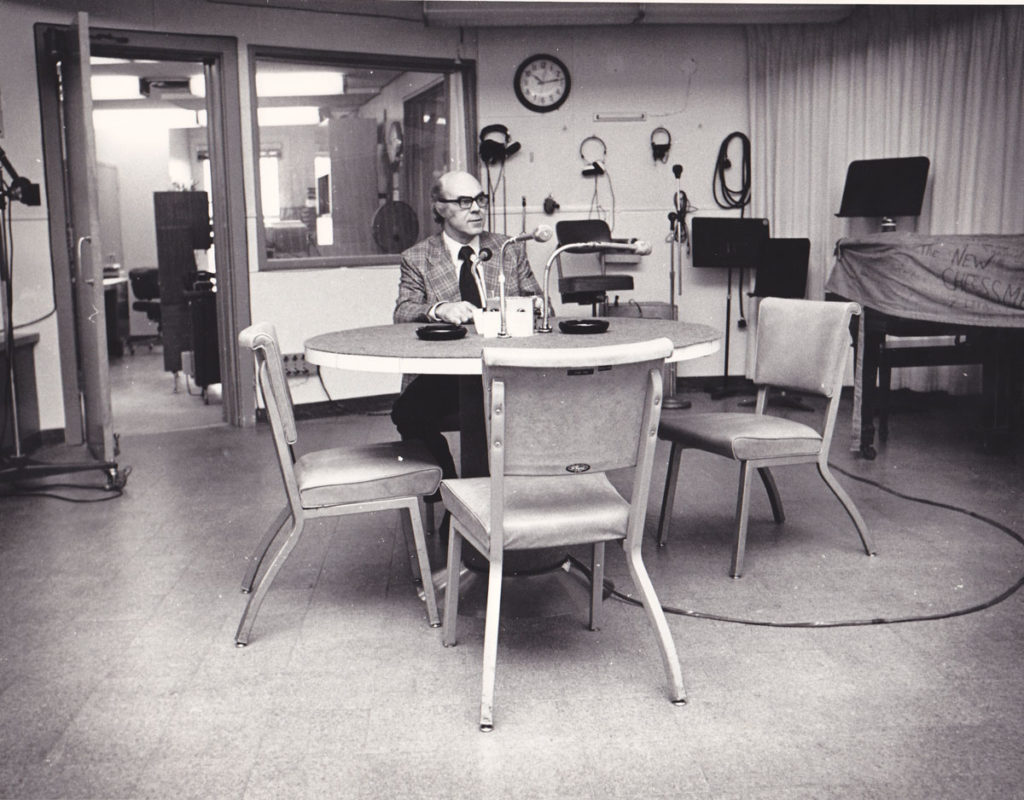 On May 16, 1949, John, aka Jack, Worthington Hagerman stepped off the overnight train from Saskatchewan.

The ambitious 21-year-old had come in search of a job. After spending the past couple years working at a family-owned station in Saskatoon, he had reached the top of what he could accomplish there. Edmonton, which had three radio stations at the time, seemed like the next rung on the ladder.

Within a couple hours of hitting the city, Jack had secured a spot at CKUA. Like many at the station at the time, his original plan was not to stay long.

“He’s still around, he’s still just as knowledgeable and intelligent and thoughtful and musical and as interesting a guy as he’s been through the years.”

In the seven decades since he first stepped off that train, Jack has held many different jobs at the station: host, sports announcer, program manager, station manager. And he left an indelible mark on the organization, guiding it through tumultuous waters and golden years with a light touch.

To celebrate Jack’s 70th anniversary with the station, we take a look at some of the lasting impacts he has had on the station.

Jack and CKUA both hit their late 20’s at the same time. By the mid-1950s, he had worked his way up to manager of the station (in part because he was one of the few that stuck around long.) 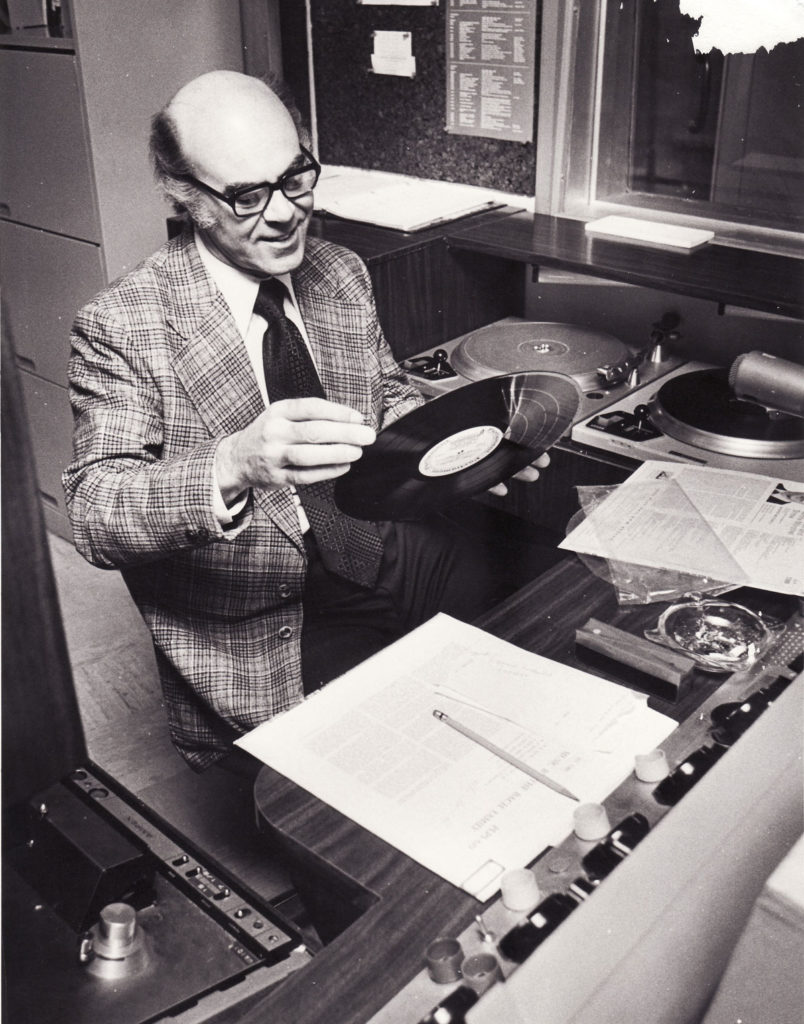 At that time, CKUA was trying to define its identity among the other stations that had sprung up in the city. For years, the provincial government had been looking to secure a commercial license for the station and had chased a similar audience as other radio stations in the city. CKUA had become an odd hybrid, mixing educational programming with standard radio fare.

Jack started hiring announcers that were quite different from the CKUA usual. He focused on young, creative announcers who had a deep love of music.

Bill Coull, Gill Evans, a youthful Robert Goulet and others joined during this period. Jack’s strategy was to find high-calibre thoughtful announcers with a passion for music and then let them loose.

This hands-off style ushered in a new sense of playfulness and creativity that would come to define the station.

“That’s a really important part of being a thoughtful manager is to hire good people and then give them the tools they need to do the job. And just letting them go to it.”

Instead of chasing what was popular, CKUA once again became a haven for the kinds of music that Albertans couldn’t hear anywhere else. Jazz, rock and other genres filled the airwaves, and announcers were free to experiment and make mistakes, creating programs unlike anything else on the air at the time.

While Jack’s hands-off management style produced its share of complaints from listeners, it also was the start of the eclectic and inclusive approach to music that still defines CKUA’s sound today.

“He was more than just the manager,” Brian says. “He was the brain of the station.”

While CKUA has always billed itself as a provincial broadcaster, for a long time its signal was hard to get in most parts of Alberta.  Even in the 50s, the station’s 1000-watt transmitter in Edmonton could only reach so far. The AM signal to southern Alberta wasn’t reliable during the day and almost impossible to pick up at night. Fans in Calgary use to talk about taking their radios to Nose Hill, one of the few places in the city CKUA could be reliably heard.

It was Jack that helped lead the charge to install a 10,000-watt transmitter in 1960, allowing the signal to reach further than ever before.

“You can imagine that ten-times the power of that transmitter, it can go a lot farther. The spread and breadth, it was a big deal at that time.” Brian says.

Sixteen years later, Jack was again pushing for an upgrade. Beginning around 1976, the station started an ambitious plan to expand with FM transmitters all over Alberta. Edmonton was upgraded to a 100,000-watt signal, with transmitters of the same power added in Calgary, Lethbridge, Red Deer and other spots across the province.

A second wave of transmitters came two years later, which allowed the station to become an Alberta-wide station, reaching more listeners than ever before.

One of the things Jack is best known for around CKUA was one of his passion projects, restoring and cleaning up old 78s to pristine condition.

When a record is played repeatedly, the needle moving over the vinyl can damage the surface, adding clicks, pops and other surface noise. It was a particular problem for many of the big band records that he loved and played on his show, The ‘Old Disc’ Jockey.

Jack would often come into the station late at night, when the studios weren’t in use, to work on cleaning up the old recordings. Even with his technical skills and the station’s equipment, it was a long and painstaking process.

Ken Regan, former GM of the station, recounts when he was working in the news department. Whether it was working late into the night or doing an early-morning shift, he says there was always a chance of running into Jack working on a restoration.

“He restored those old recordings to almost pristine condition. I couldn’t even tell you how he did that … He basically just figured it out,” he says.

“He had, essentially, the time and the love to do this. So he would sit there for hours to work on a three-minute track,” he said.

“Throughout its history, CKUA has always been threatened from one source or another,” Ken Regan says with a bit of a laugh.

Right from the start, the station has always been on uneven ground — countless times through its 92-year history, it has been on the brink of being shut down, only to be saved by public outrage, deft politicking and the creative thinking.

Many of those close calls came during Jack’s tenure as station manager, while CKUA was under the control of an Alberta government that was never sure it even should (or could) own a radio station. 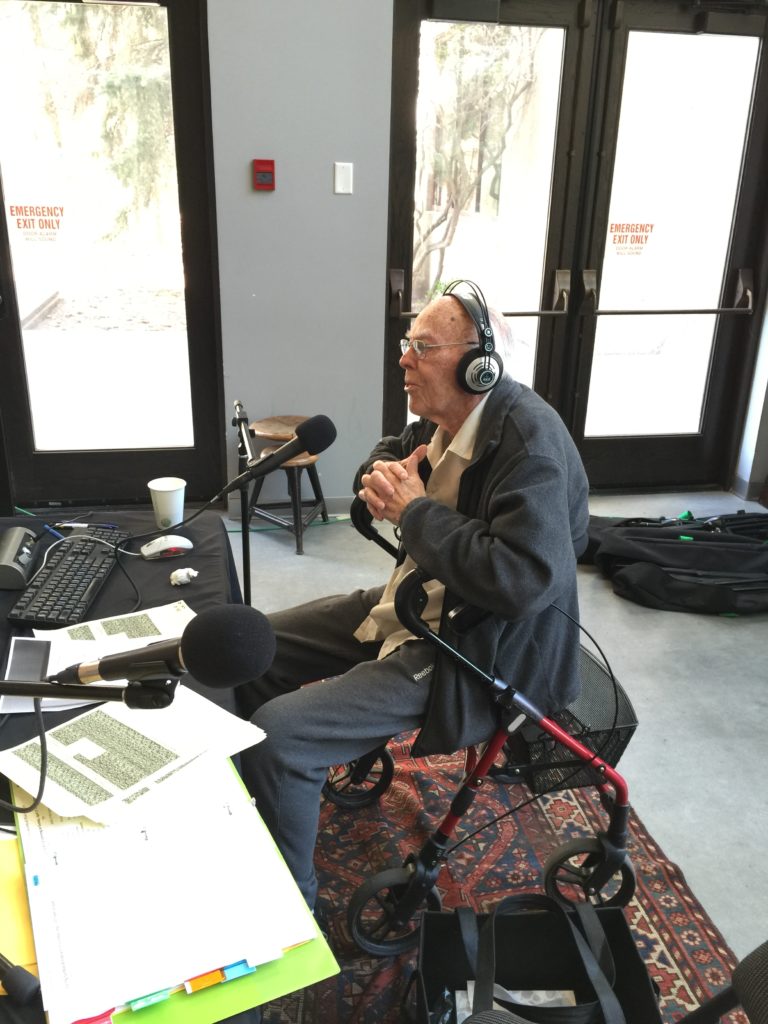 But, the grimmest time was in 1997, when the station shut down and went dark for weeks. During that time, staff and dedicated supporters rallied together to gather donations to bring the station back on-air. The effort was a resounding success, but then came the harder task — finding someone to help get the newly-independent station on its feet. They not only needed someone who knew the station well, but who could work with a staff that still felt wounded and betrayed by the events that led up to CKUA going off the air.

“Because of the turmoil .. and the anger that existed around the people who shut it down, they needed someone who could come in and immediately garner the respect of everyone,” Ken says.

“And the first person they came to was Jack Hagerman. Because that’s the guy he is.”

Jack has left the manager’s chair two decades previous and was enjoying his semi-retirement. He was coming up on seventy years old, and at first, wasn’t too keen on taking the responsibility. But with a little convincing, he agreed to do it on a temporary basis.

What followed were five emotional, difficult weeks where Jack met with staff in an effort to rebuild trust and set up the station so it could continue as a donor-supported concern. Eventually, he gave up the role and made way for a new station manager — but for Ken, it was a critical juncture.

“He came back not only to right the ship but sail the ship through some pretty choppy waters….that tells you, right there, almost everything you need to know about John Worthington.”

It’s impossible to really express the impact that Hagerman has had on the station. While one can point to the big moments like handling the aftermath of the shutdown, it doesn’t do justice to the everyday impacts that Jack Hagerman had over the course of his career. Or the way that he’s inspired countless announcers, staff members and others who worked with him.

While reflecting on Jack’s time with CKUA, Brian Dunsmore says it was a two-way relationship. The station was in Jack’s blood, Brian says, and at the same time, it was shaped by the decisions he made.

“The CKUA I know, and love, and have listened to the better part of my years, exists because of Jack Hagerman,” he says.

“He is the very essence of what the radio station was and is today.”