Do you (or someone you know) have a 200-300 word story about you and CKUA that you’d like to share with us? Please let us know by writing us. We’d love to feature it! What do such stories look like? 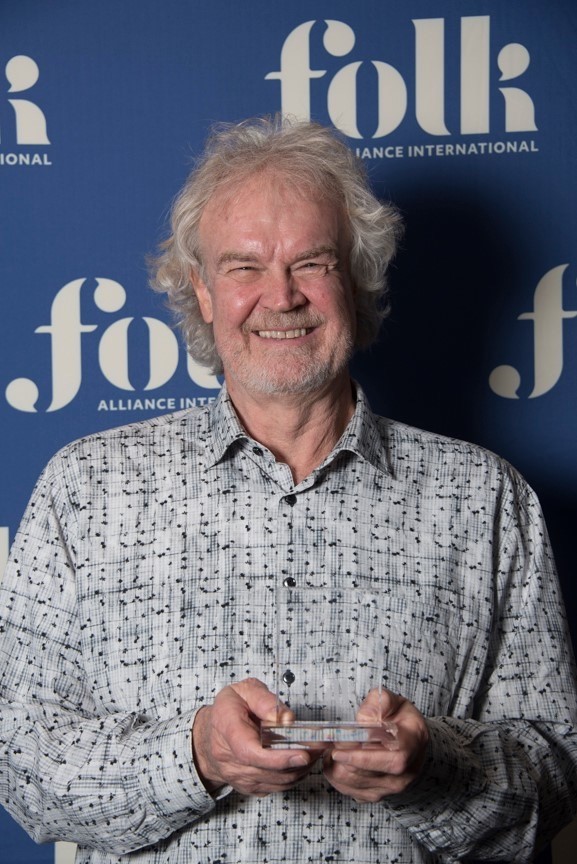 My CKUA story begins back in 1968 when I started the two-year Radio and Television Arts course at NAIT.

I already had a passion for music and had been collecting records and following bands since my early teens. The British Invasion-influenced R&B and blues groups opened my world. That music pointed me in the direction of electric blues and eventually to all regional styles of blues and roots music. Happily, it’s an endless pursuit.

I discovered the Saturday, late-night programming at CKUA first. Tony Dillon-Davis hosted a free-form, eclectic, deep-album-cuts format that got me hooked. You never knew what was coming next and if you didn’t like a track you might love the next one.

Leaving my dial on CKUA I discovered The Goon Show, Studs Terkel’s Weekly Almanac, DeKoven’s Baracoco Music, and the wonderful eclectic programs of Bill Coull, Sev Sabourin, and the other knowledgeable announcers.

One Saturday night, I picked up the phone and called CKUA with a question. After another call or two, Tony Dillon-Davis invited me to drop by during his show. That led to regular visits. By then, I was doing shows at NAIT Radio, broadcasting into the lunchroom. One day, I walked into the NAIT Nugget newspaper office and asked the editor if he needed someone to write about music. He said “You’ve got a full page every week, kid.” Be careful what you wish for! That led to album reviews and published interviews. Tony kindly offered to play some of those interviews on his show.

Ed Kirkpatrick was [CKUA’s] Program Director and he became another mentor. He knew of my love of blues. That led to Natch’l Blues going on the air in January of 1969. Ed also found a spot for my interviews with a one-hour show he named HP Sauce. Those early interviews included everyone from Albert King to Frank Zappa.

Ed also conceived of a bi-weekly half-hour show called The Acme Sausage Company Program. Along with Mark Vasey and Bob Chelmick, I had the pleasure of producing and recording artists for the show. It was perfect for my interest in record production and I acquired a recording studio tan over several years.

I loved the creative studio environment and working with artists. I had the pleasure of presenting live and studio recordings with legends like Ry Cooder, Bruce Cockburn, Stéphane Grappelli, Johnny Shines, and dozens of homegrown Alberta artists. I count my blessings for that education and those opportunities.

Jack Hagerman, a.k.a. John Worthington, the Old-disc Jockey, was an inspiration. Many nights I would be recording programs at CKUA and Jack would be working late as well. His knowledge of big band recordings and audio technology was unsurpassed. He always had time for a chat, a kind word and a lesson.

To this day, there is nothing like CKUA. It’s a reassuring home away from home that connects music lovers and the arts community in this province wherever they are. I’m continually inspired and educated by the knowledgeable announcers and the dedication and support of the management, staff and volunteers. CKUA is a cultural institution like no other. We should all be proud of its unique ground-breaking history, diversity and the contribution it makes to Alberta’s culture and well-being.

Thanks for this opportunity!

Thanks again for all of your work and for sharing this story about you and CKUA, Holger!

Please email us if you would like to share your own 200-300 word CKUA story with our community! And tell a friend too! We’d love to hear from listeners of all generations and backgrounds!