“And everybody likes our Swiss yodellers’ songs, regardless of their nationality. I could do the whole hour just of that…and I happen to have thousands of Swiss yodel records.”

Born in 1920 in Frantikovy Lzn, Czechoslovakia, Gaby Haas and his family arrived in Canada in 1939 shortly before the outbreak of the Second World War. With little more than the proverbial shirts on their backs, an accordion, and a stack of 78 rpm records in their bags, the Haas’s first settled in Loon Lake, Saskatchewan. In 1940, Gaby Haas made his way to Edmonton where he quickly became entrenched in the local music scene. Here, the lively sounds of his accordion and old-world songs from his record collection soon filled the city’s airwaves and dancehalls. What would eventually grow into a decades-long association, Mr. Haas’s relationship with CKUA developed out of a chance encounter with an up-and-coming author.

“It all started on CKUA in the fall of 1940. For a few weeks, I did a program called European Melodies with the records that I had brought over from Europe… The fellow who got me that program was none other than [Canadian author] W.O. Mitchell… He was working as a lifeguard at the time at the south-side swimming pool in Queen Elizabeth Park and he was going to university and I met him there. I used to go swimming there every day, and he was paying his way through university, and he had just sold his first short story to Liberty magazine and we had a little party in his room in the Strathcona Hotel…He suggested that I take these 78 rpm records that I had in my possession over to CKUA which was located on the campus of the University of Alberta, which I did and that’s how I started.”
-Gaby Haas, 1987 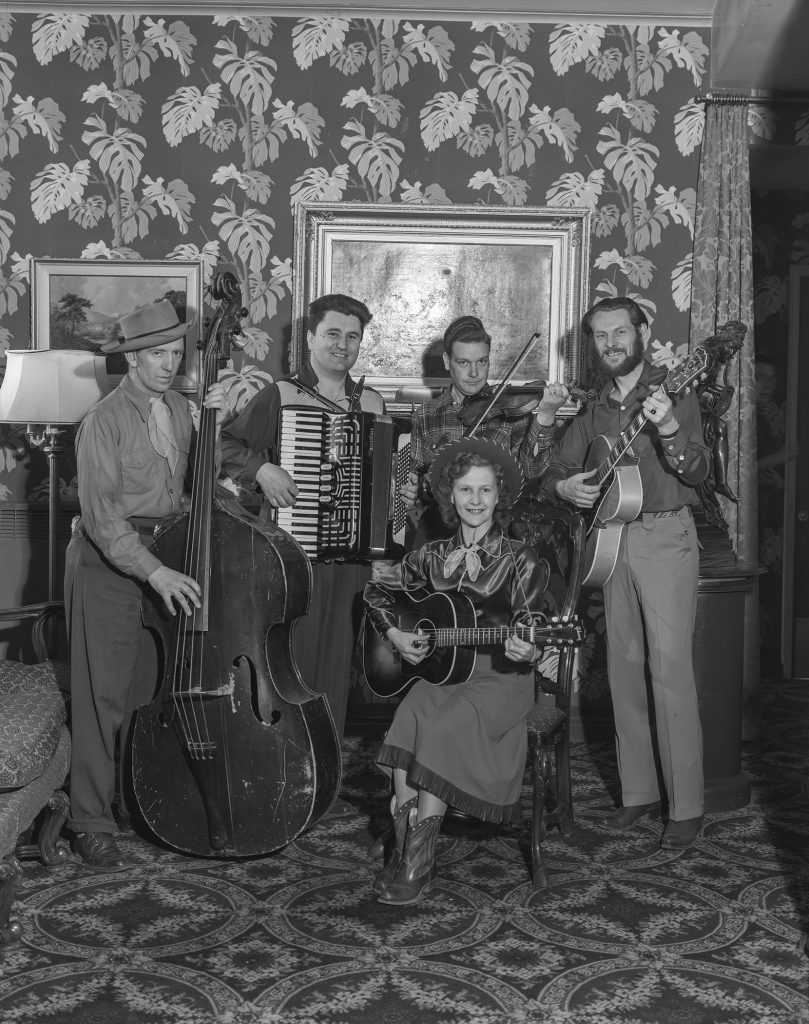 While his roots were now firmly planted in Edmonton, Mr. Haas’s connection to the people and music of Europe remained strong. As both performer and host of a number of CKUA multicultural programs, including The German Show which ran from 1945-1966 and The Sourdoughs which ran from 1945-1951, Mr. Haas shared his deep appreciation for the stories and songs of continental Europe. In an audio clip from 1987, Mr. Haas can be heard saying with a chuckle that The Sourdoughs show was “often referred to as the ‘sour notes’ program whenever we hit one of those!”

On September 15, 1946, Mr. Haas, who could speak six languages, began hosting Continental Musicale, a weekly sixty-minute program of old-time European music, on CKUA. The program ran for just over 40 years-at the time it was the longest-running radio program in the world hosted by the same person in the same time slot.

In addition to his programs and performances on CKUA, Mr. Haas could be heard across the country on numerous other radio and TV stations including the CBC, CJCA, QCFM, QCTV, and CFRN.

Known to many as Canada’s Mr. Polka, Mr. Haas’s music transcended genres and his vast repertoire included waltzes, classical, folk, and country music. He began recording music with his band The Barndance Gang in 1950, producing over 50 albums and 60 singles. His distinct sound influenced countless musicians and his radio and TV shows helped to launch the careers of many well-known Canadian musicians including Rusty Campbell, Dick Damron, Joe Kozak, Alfie Myhre, Clarence Ploof, The Rodgers Brothers, Joyce Smith, and R. Harlan Smith, among many others.

In addition to his unwavering enthusiasm for sharing the music of continental Europe, Mr. Haas also had an entrepreneurial spirit. Mr. Haas’s business ventures included the Hofbrauhaus restaurant and the European Music Shop, both located on 97th Street in Edmonton.

With every show, performance, and album, Gaby Haas shared a little piece of Europe and himself with his listeners. For decades, his voice and music shaped Alberta’s aural history and as such, in 1987, he was recognized with a Lifetime Achievement award from the Alberta Recording Industry and was inducted into the City of Edmonton Arts and Culture Hall of Fame. In 2003, the City of Edmonton honored his contributions to music and culture in Alberta by naming Gaby Haas Park located at 5434 112 Avenue NW.

Today, a new generation of listeners can access and enjoy Mr. Haas’s music on iTunes, Spotify, and YouTube.

“He had a heart as big as all outdoors-there’s no doubt about it. He was the most trusting soul I think I ever knew.”

A selection of Gaby Haas albums in the CKUA Radio collection. 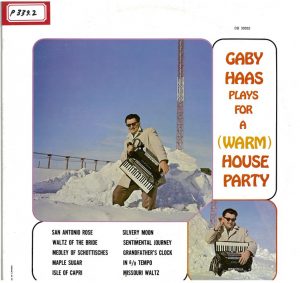 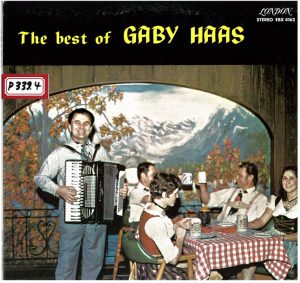 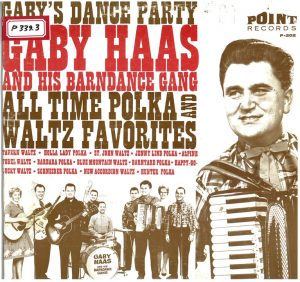 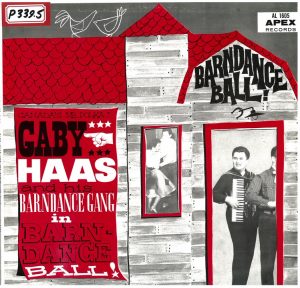 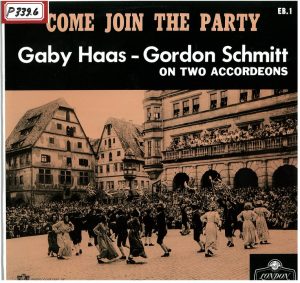 “[Mr. Haas’s radio show] was a nostalgic thing for people from Europe. Many of them didn’t ever expect to see their homeland again, and the music, really, was the only strong attachment they had.”
Jack Hagerman
Long-time CKUA station manager

“The first time I was listening to Gaby’s radio program was in 1952-the year I emigrated from Europe to Canada. It was Christmas time-I was very lonely and homesick-when I tuned in the radio and Gaby was playing Oh Tanenbaum, Oh Tanenbaum. Yes, you brought two continents together. You brought lots of sunshine into many, many hearts. We all miss you Gaby. Auf Wiedersehen.”
Alf Franke
Long-time CKUA technical producer

City of Edmonton Arts and Culture Hall of Fame.
https://www.edmonton.ca/residential_neighbourhoods/PDF/STEHallOfFameRecipientsDirectory.pdf