CKUA invites you to join us as we share music, conversation, and special programming throughout February. You’ll hear interviews, arts features, and of course, so much music, curated by guest hosts and CKUA announcers. It’s an opportunity to celebrate the figures who have changed history, and those who have influenced the culture of music. 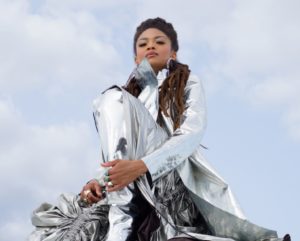 Thanks to her heartfelt songwriting and soulful combination of country, R&B, and folk influences, Valerie June‘s been a big favourite for many years with CKUA listeners. And it looks like the larger world is beginning to catch on, too!

Her latest album The Moon and Stars: Prescriptions for Dreamers has seen her collaborate with legends like Mavis Staples and Carla Thomas, earned her a nomination at the upcoming 2022 Grammy Awards, and has just been treated a special double-LP Deluxe Edition release.

We’ll get into her discography, her influences, and sample some of her recent CKUA visit! 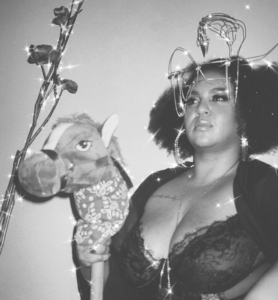 D’orjay the Singing Shaman has managed to make quite a name for herself as both an accomplished country singer and practicing shaman. In 2020, she authored an e-book titled Shit My Shaman Says (which has since received a second volume). In the same year, she released her critically acclaimed and CKUA Chart topping album, New Kind of Outlaw. Since the release of her debut album, D’orjay has been nominated for 2021 Breakout West Country Artist of the Year and has continued to gain international attention, including featuring in an article from Rolling Stone Country.

Tune in to CKUA’s day-time programming on Friday, February 18 to hear a mix of music and words from the beloved Albertan singing shaman. 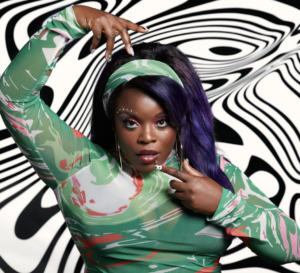 Yola‘s defiant, triumphant sophomore album Stand For Myself not only wound up at #12 on CKUA’s list of most-spun albums of 2021, it was also selected as a year-end favourite by half the talented musicians we asked to give us their “best music of 2021” lists!

Part of the current burgeoning wave of great Black country artists, this British-born, Nashville-based artist is blazing an exciting new musical path that weaves its way through folk, roots-country, rock and soul. 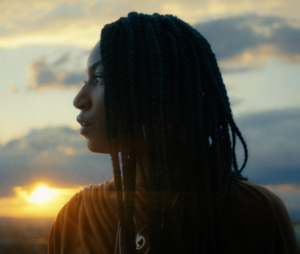 CKUA listeners weren’t surprised when Dominique Fils-Aimé‘s Three Little Words finished high among the Top 100 albums of 2021 since it incorporates a variety of genres and moods while maintaining her distinctive style throughout.

CKUA launches a new Artist of the Day feature this month and Dominique is first in the spotlight. Tune in to hear the words and music of Dominique Fils-Aimé on Friday, February 4.

Tune in for other Programming Highlights:

Baba‘s musical education in Canada, circa 1971, was a radio station called The Big 8 (CKLW 800 AM) in Windsor, ON, right across the river from Detroit (Motown). He didn’t know then: but CKLW while in Canada, served a bigger market across Michigan and Ohio. Also, there was a lot of local talent’ on the radio: Stevie Wonder, Marvin Gaye, Jackson 5, Temptations, and so on. As a result, CKLW was sometimes referred to as the blackest white station in America.

Another thing Baba will highlight is the social, political, and spiritual evolution in relation with the music of Black artists, Isaac Hayes, Love, War, John Coltrane… This and so much more, on Mid Morning Mojo, with the one an only, Baba!

Learn about Keb’ Mo‘s new single, “Good to Be Home (Again)” and his new album, Good To Be, Saturday, February 26 on Mulligan Stew, with Terry David Mulligan. Good To Be reflects the loss of his Mother, and a return home to Compton to remodel and freshen up the home he was brought up in, along with reconnecting to “the community”.

“I never thought of Compton as a community because everything I read and heard only referenced the toughness of the streets and what could be a hard life. (NWA!!)” – TDM

Magnetic North prides itself on always playing at least 45% by BIPOC artists in the show, but for the entire month of February, Magnetic North is playing only Black Canadian artists!  Last week, February 5th, host Kate Stevens focused on the modern Canadian R&B sound that’s coming out of Toronto and Vancouver, and this week, February 12th, tune in to hear female black Canadian musicians, taste-makers and trailblazers! Molly Johnson, Tanika Charles, Luna Elle and loads more.

I’ll be featuring music by the English composer Samuel Coleridge Taylor in Hour Three.  His father was from Sierra Leone and his mother was English.  He was sometimes called the “African Mahler” and wanted to follow in the footsteps of composers like Brahms and Dvorak in the use of folk music in his compositions the way those composers used Hungarian and Slavonic tunes their dances.

He toured the US three times and was received at the White House by Theodore Roosevelt in 1904.   He was the youngest delegate at the first Pan-African Conference in London in 1900.  We’ll hear his Five Fantasiestucke for String Quartet, Op. 5 played by the Catalyst Quartet from their recording: “Uncovered Volume One: Samuel Coleridge Taylor”

Check back here for more throughout the month!