Do you have a story about you and CKUA that you’d like to share with us? Please let us know by replying to this email! We’d love to feature it! What do such stories look like? Well, here’s one by listener, Donna Holstine Vander Valk! 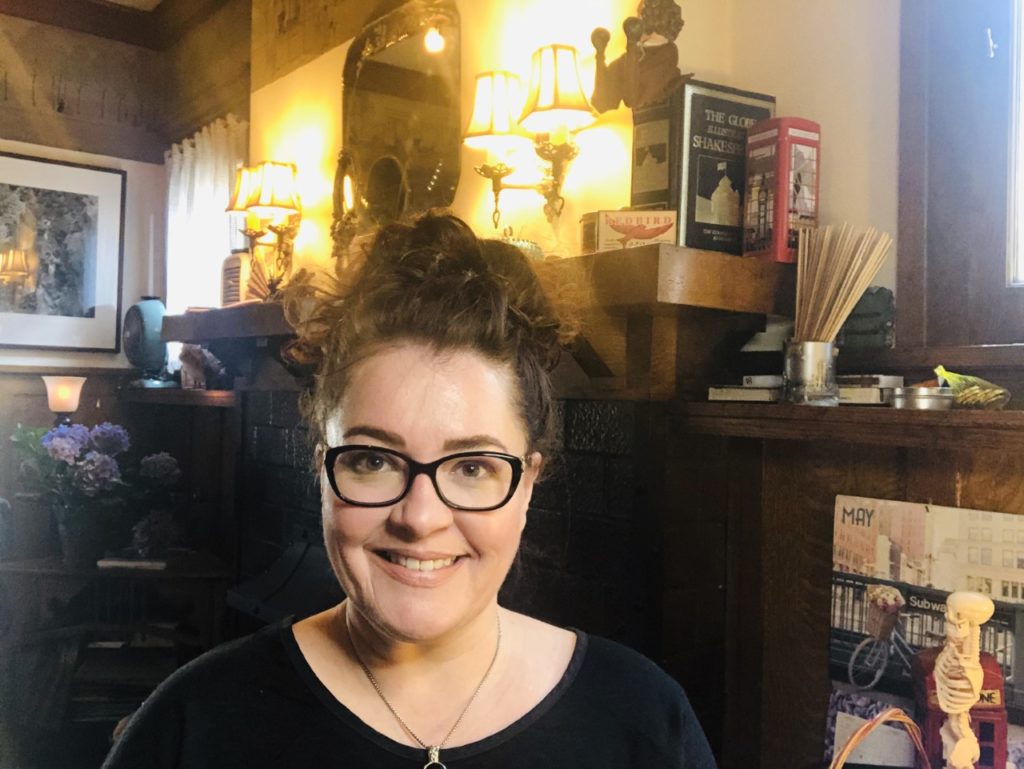 It began as an accident.

On my way home from teaching at the local Speech Arts Conservatory one Friday night, my normal radio station was disappointing me. So, I hit that nifty ‘Scan’ button, and the next thing I heard was this amazing, warm Scottish brogue filling my car.

I’d heard that accent before (more on that in a bit!), and I was enchanted. When the music began, I was done for: I’d just discovered The Celtic Show (back in the good ol’ days of a three-hour program).

My biggest complaint became that I had to miss the first hour: my coaching kept me busy until 7 pm, but I made a beeline for my car immediately afterwards, and (because I lived in Lethbridge at the time), I easily switched it over to my most-prized possession—my stereo—when I arrived home a few minutes later (ah! the wonderful days of a five-minute commute).

I’d often thought I’d been born in the wrong place—and perhaps even the wrong time—and The Celtic Show cemented that belief. Clearly, I belonged somewhere in the British Isles.

I raved about the show, and about the host, to everyone—including a family whose three young children I taught. They were immigrants from Edinburgh and—shock of all shocks—they KNEW Andy from Scotland. Be still my beating heart.

One night, while sitting at my regular table at the Penny Coffee House (STILL the most amazing place!), attempting to complete yet another overdue Uni assignment, with my back to the door (I’m easily distractible), I felt someone sit behind me. Looking down, I could see Doc Martens and cuffed jeans. Then the voice. THE VOICE. All decorum swept aside, I whipped around to discover the plaid-flannel back of ANDY DONNELLY.

Let me put this in context: I’ve run into Steven Tyler (yes, of Aerosmith and those lips fame) TWICE in my life (bizarre, but true), and when he offered to sign an autograph the first time I met him, I declined. I love Aerosmith—but I don’t fangirl.

I’m not ashamed to say I geeked out a little bit this time, though. I introduced myself, dropped the name of my students’ family, and got into a ‘wee chat’. I dragged myself away after five minutes, because my sense of coffee shop propriety kicked in.

The Celtic Show became an obsession, if I’m being frank. 25 years later, my children (who are 12 and 14) roll their eyes when the lilt drifts through the house—they’ve been raised to believe that Celtic music belongs solidly beside 1980s glam rock and Bon Jovi. I’m diverse, if nothing else.

Thanks again for listening and telling us this story Donna!

Listen to Andy Donnelly on The Celtic Show every Friday from 6 to 8 PM!