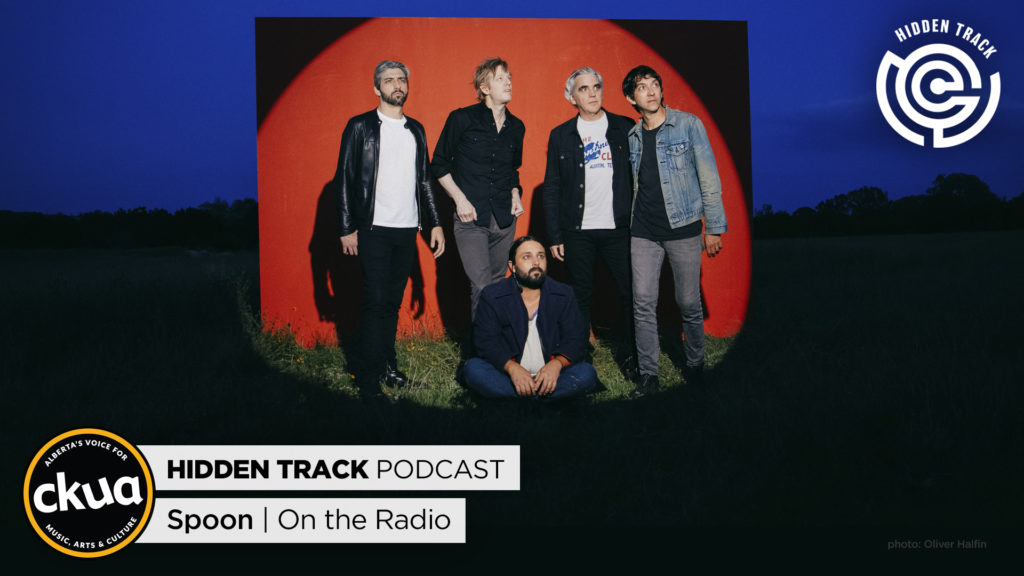 Formed by Daniel and Eno in 1993, the band has released ten albums and undergone quite a few roster changes over the years. These days, Britt Daniel and Jim Eno remain the only founding members, with other current members having joined in the late 2010s. The band’s latest album is Lucifer on the Sofa, and Spoon is currently on a North American tour, with a show in Edmonton and an appearance at Calgary FolkFest.

Ever the music fans, the band is heavily influenced by a wide range of musicians and popular bands from their formative years, including rock legends like The Beatles. In this episode of CKUA’s Hidden Track Podcast, Spoon members Britt and Alex join Grant Stovel to discuss their love of music, the inspirations behind their latest album, and how radio played a huge role in their musical development.