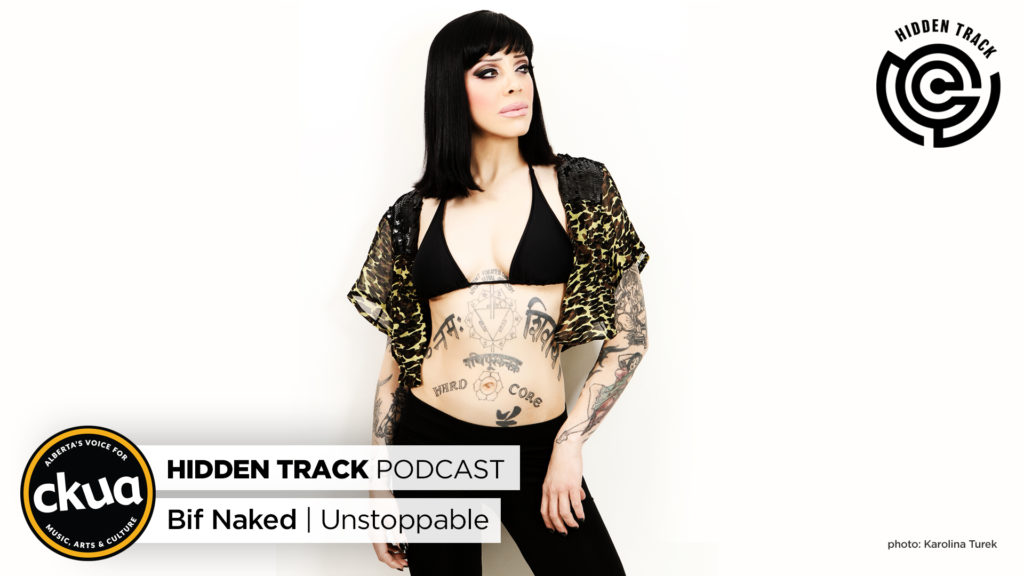 Kicking off her recording career in the mid-1990s, Bif Naked became a platinum selling, chart-topping, Lilith Fair-headlining artist, fusing punk, pop, metal and dance… fearlessly following her own instincts, exploring often uncomfortable truths through her music, and always striving for boldness and authenticity in all things.

On top of her life in music, Bif is also an author, poet, actor, yoga devotee, straight-edge vegan, cancer survivor, and quite simply an instantly recognizable,  tattoo-bedecked, colossal presence in Canadian pop culture. And she’s got a new album on its way, Champion; which, as we’ll hear, is maybe her most ambitious project ever.

On this episode of Hidden Track, we hear from the always-candid Bif Naked all about the hardscrabble world of DIY prairie punk rock; how beating cancer shaped her artistic journey; what’s it like to be back “home” on the road; and what it’s like to have influenced, inspired and empowered generations of young people, over her nearly three decades as a recording artist.