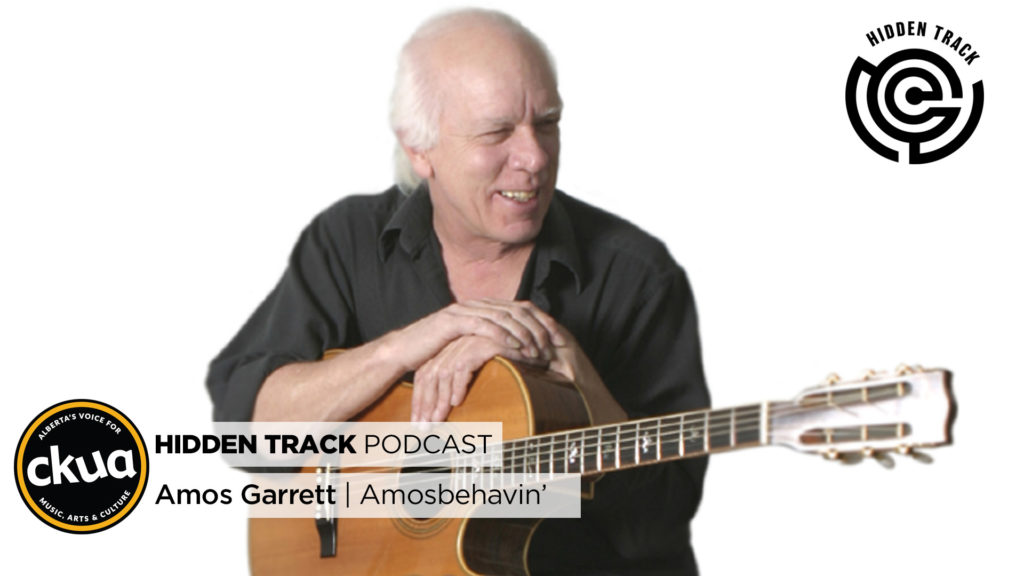 Amos Garrett‘s magical solo on Maria Muldaur‘s “Midnight at the Oasis” has often been cited as the greatest solo of all time. By the time he played on that 1973 hit, Amos already had stints under his belt with Ian & Sylvia and Anne Murray, and was just at the beginning of a legendary career that’s seen him become one of the most revered guitar stylists in all of roots music.

He has recorded with everyone from Paul Butterfield to Emmylou Harris to Stevie Wonder, and guitar gods like Vernon Reid and Jimmy Page have pointed to Amos, as an influence. And he’s one of ours! Amos has been a huge part of the Alberta music scene for several decades now, as a singer, guitar player, bandleader, leader of the Edmonton Folk Music Festival House Band, and all-round beloved musical icon in this community. Well, Amos just turned 80, and you’d better believe CKUA is celebrating.

CKUA’s Hidden Track throws the spotlight on “Famous Amos, the Fishin’ Musician,” with our December episode. We’ll hear about this one-of-a-kind artist from the likes of long-time friends and collaborators Holger Petersen and Maria Muldaur, and we’ll get a perspective on his influence on a new generation of guitarists like Clayton Linthicum of Kacy & Clayton.