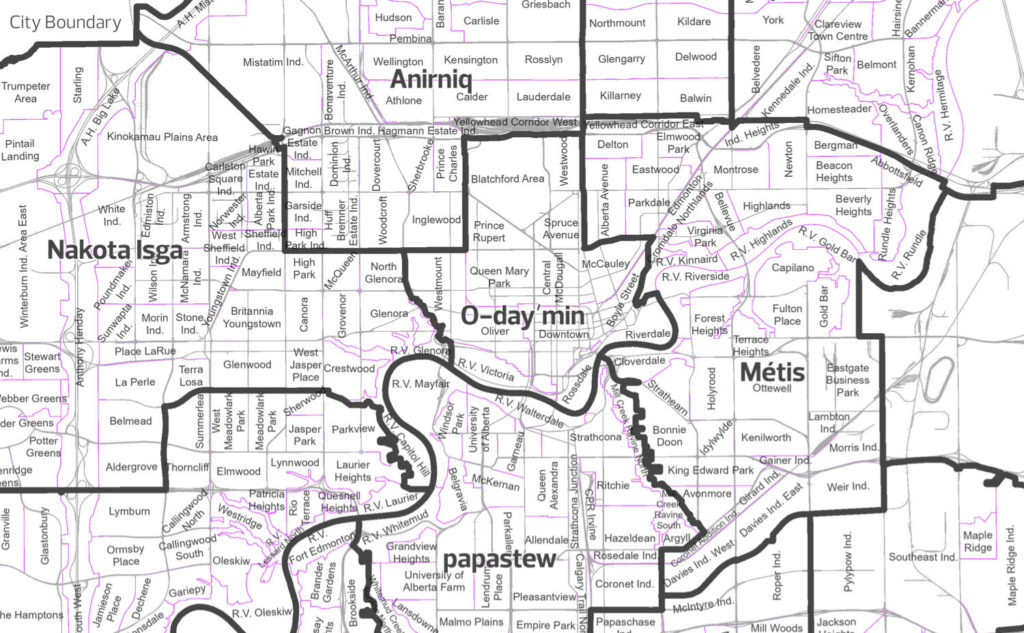 Edmonton is changing the names and boundaries of its wards. The changes to the wards will come into effect on October 18, 2021, which also happens to be municipal election day.  Rob Houle was instrumental in determining the ward name changes.

Houle is from the Swan River First Nation in Treaty No. 8 territory in Northern Alberta.  He has worked at various levels of government in Indigenous relations and he currently works as a research fellow at the Yellowhead Institute, which is a First Nation-led research centre and contributes regularly to the Edmonton City as a Museum project. CKUA’s Savannah Parker spoke with the activist and scholar about the ward name changes.

For more information on the ward name changes go to Edmonton.ca.

What is Mo’ohkinstsis Medicine: A Night of Comedy?