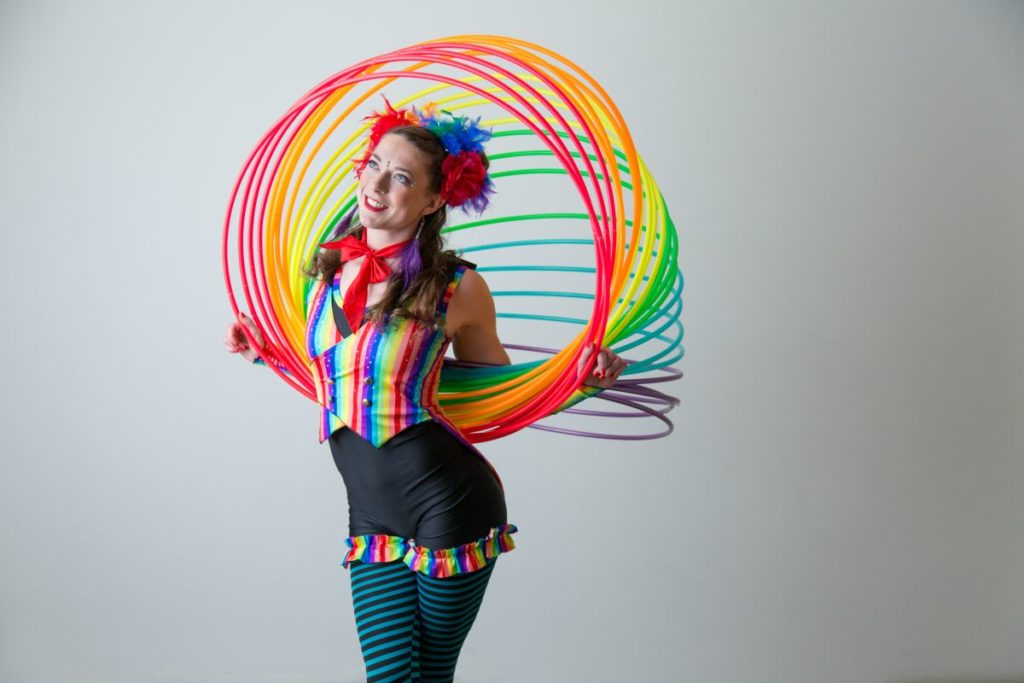 For months, public performances have been cancelled all over the world; streets often all but deserted. Kind of a tricky time for a Street Performers Festival to be celebrating its 20th anniversary edition!

Amanda Panda, owner of Grande Prairie’s Hulahoop Circus, has been performing at fairs & festivals everywhere from the Peace Country all the way to the Adelaide Fringe Festival in Australia.

We caught up with Amanda to find out what it’s like to be a street performer adapting to the pandemic era, and what it means to her to be part of the worldwide roster of talent at her hometown virtual Grande Prairie Street Performers Festival.

The 20th anniversary edition of the Grande Prairie Street Performers Festival kicks off this weekend, running July 17th to the 22nd.

Come huddle on the virtual street corner & take in some of the world’s best street performers, including Grande Prairie’s own Amanda Panda. No suncreen necessary! Head to gpstreetfest.com for more info!