Raised in a blue-collar household in rural British Columbia, Leeroy Stagger has followed his own path—for better or worse—since the age of 18, with every step providing musical inspiration.

One of these steps was to join the CKUA family, following in the footsteps of his grandfather, a radio broadcaster for over 50 years. Leeroy started up his CKUA show, Dirty Windshields Radio Hour, in 2017.

Another, earlier, step on his path was becoming a full-time musician. After making his mark on the Canadian independent music scene in the 2000s, Leeroy has toured the world, both on his own and with the likes of Steve Earle, Pixies, Modest Mouse and Evan Dando.

Among his achievements are winning 102.7 The Peak’s Performance Project in 2015, working with legendary U.S. industry mogul Danny Goldberg, and having his songs appear on television shows like Grey’s Anatomy and Sons Of Anarchy.

Leeroy has released 13 studio albums, his most recent, Strange Path, in 2019.

Leeroy says it’s always a trip sharing his musical tastes and adventures with listeners. “I love so many different types of music, from folk to rock ’n’ roll and everything in between.”

He doesn’t believe in holding back on stories, either — and he has many, with over 20 years of musical touring under his belt. “I’m open-hearted about my experiences in travel, family, music and humanity,” he says. 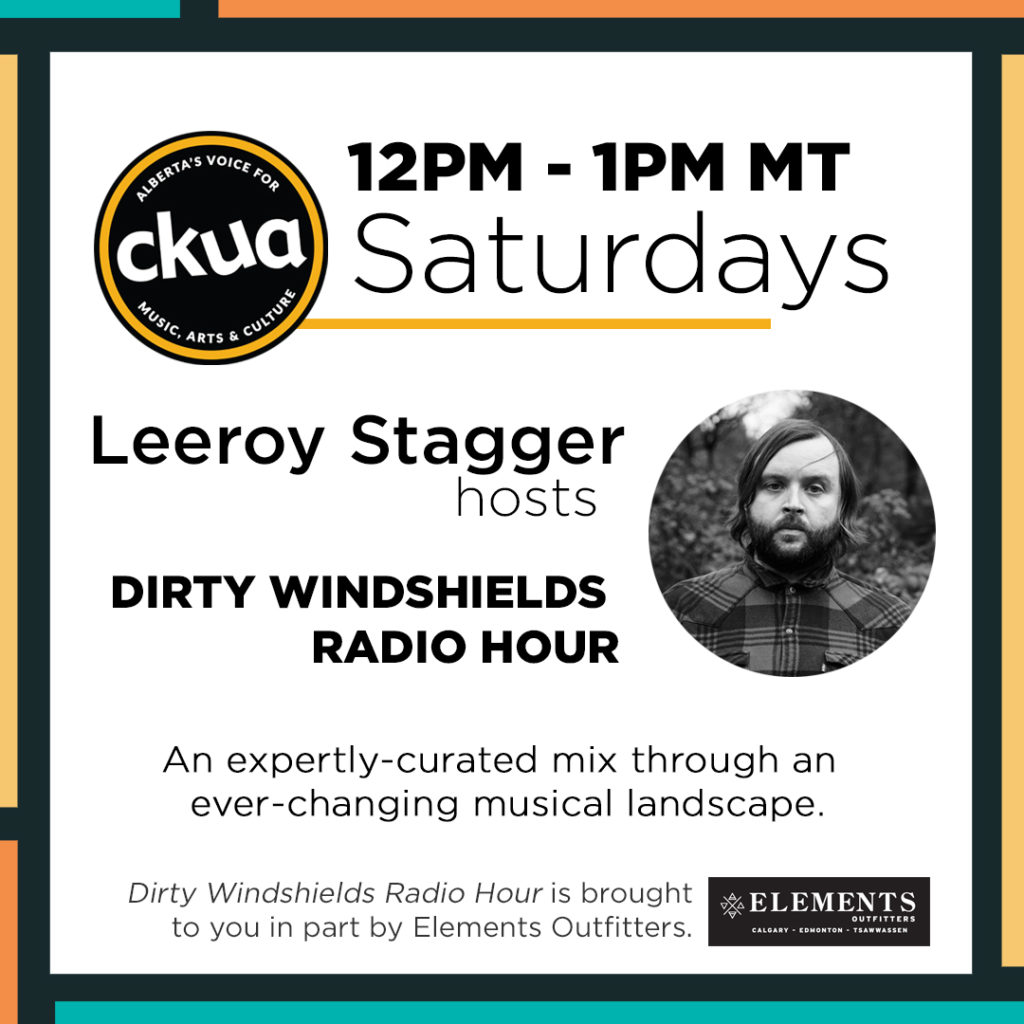 Join Lethbridge-based rock troubadour, Leeroy Stagger, as he shares some of his favourite tracks and stories from a fascinating career. His deep musical knowledge, insightful commentary and expertly-curated mix make for a rockin’ good adventure through an ever-changing musical landscape. Dirty Windshields Radio Hour is proudly sponsored in part by Elements Outfitters.

The Alberta Room… in Kansas City?

On Film: Being Black in Canada

On Theatre: Amanda Goldberg directs Brontë at the Timms Centre for the Arts