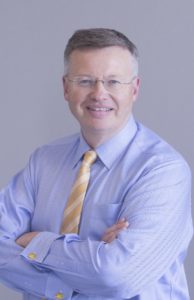 Wade Kozak‘s name is likely familiar to many CKUA listeners. His company, the Kozak Financial Group, has been a sponsor of the weekday Market Report for many years, and earlier this year, a new audio series called Insights on Wealth Management had its debut on CKUA. Each short episode features a discussion between Wade and CKUA’s own Grant Stovel, covering topics related to finances and investing, with a focus on retirement strategies. Wade’s connections to the CKUA community go beyond sponsorship, however. We recently caught up with him to ask him about his history with CKUA.

“My father-in-law, Robert Hunter, introduced me to CKUA in 1994, and I have been a listener and a donor ever since,” he says. His Alberta roots run deep, and he says he appreciates how much CKUA supports local artists and highlights the local arts scene. Despite the demands of his work, Wade is an avid woodworker and enjoys creating something “real and tangible” after a day spent in front of a computer screen. He’s particularly proud of the moose mural wall he created in his garage at Sylvan Lake. 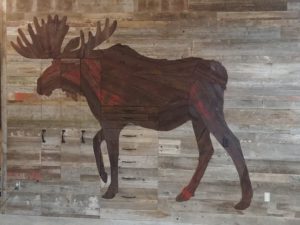 Wade says he likes all kinds of music, but he also says, “Given my age, I have a soft spot for 80s rock.”

Thanks for your support of CKUA, Wade, and thanks for talking to us in tax season. We know it’s a busy time for anyone in the world of finance.

If you would like more information about financial planning and estate planning, reach out to your own investment advisor, or contact Wade and his team at kozakfinancialgroup.com. We are always grateful when listeners include CKUA in their giving plans!

Ways to Donate – Step by Step

Episode Two: Drawing Down Your Retirement Assets in the Most Tax-Efficient Way Possible

Episode One: Investing for Income with Wade Kozak