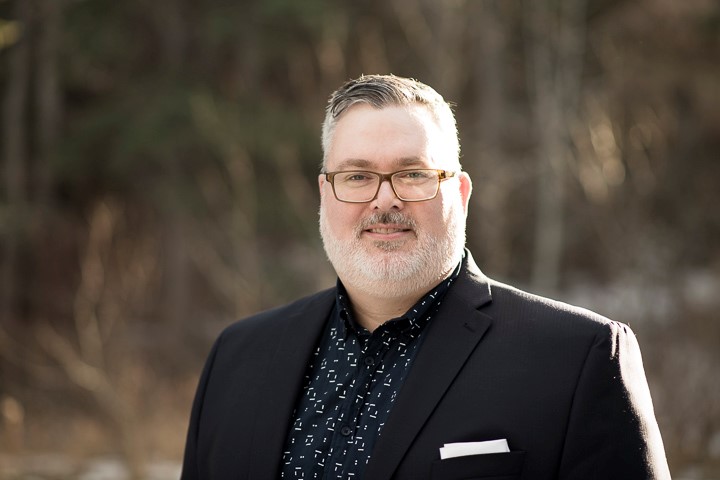 On May 5, A Time for Jazz will celebrate ten years with Kodi Hutchinson as host. We asked Kodi a few questions to learn more about his time at CKUA and his passion for jazz. Congratulations, Kodi! We’ll all be listening on the 5th!

1)  You’ve hosted A Time for Jazz for ten years! Congratulations! Do you remember the first song you played on your first program?

The first song I played on the show was “Cape Verdean Blues” by the SF Jazz Collective. I wanted to make a statement about the show starting with upbeat, energetic contemporary jazz. Fun fact was because I was the first host to use the Calgary broadcast booth in three years, they had to cut in mid-song with some Miles Davis as we reset the entire system in Calgary to get rid of some static. Listeners got to hear the start of the song, some Miles Davis, then the end of the song. It was an entertaining start.

2) Who were some of the people who helped you grow as a host and announcer?

I was inspired by Bill Coull to host the show, and attempted to follow in his footsteps in how he programmed, but the person who has helped me grow as a host is absolutely David Ward. He took me on to train me from the first day I went on air. What is important to note about that was that he worked for CBC at the time. That is how committed he is to CKUA. I consider him my mentor and an inspiration in what he does.

3) How do you curate your program each week? What approach do you take to choosing music and artists to share with the CKUA audience?

Every week I start by seeing what is coming up for live music in the province. To me jazz recordings are amazing, but live jazz is what I want people to experience. Supporting the talent in Alberta and Canada is also extremely important to me. Finally, I look at classic jazz to show the breadth and depth of the artform.

4) You’re also a double bassist. How old were you when you started playing, and did your parents have a big van to take you to your lessons?

I started playing music, like many musicians, on a different instrument than what I found I connected with. I started on piano in grade 3, was fired by my teacher for being too rambunctious, went to cello at 11 years old, euphonium at 12, electric bass at 14, and then finally upright bass at 17. By then I had my own car: a Volkswagen Rabbit Convertible. It fit great.

5) If you could have a big role at any jazz festival, what festival would you choose, and would you want to play or be the MC?

Since I do have a role at a jazz festival as the Artistic Director at JazzYYC, I can definitely answer this question, having done both. Everything I do is because I love jazz and love to play jazz. Being a festival programmer with JazzYYC is fun and keeps me active, but I will take playing music over being MC any day.

14 Years of Triple-r Radio – an interview with Roy Forbes

“The very essence of the station”: John Worthington Hagerman’s 70 year connection to CKUA