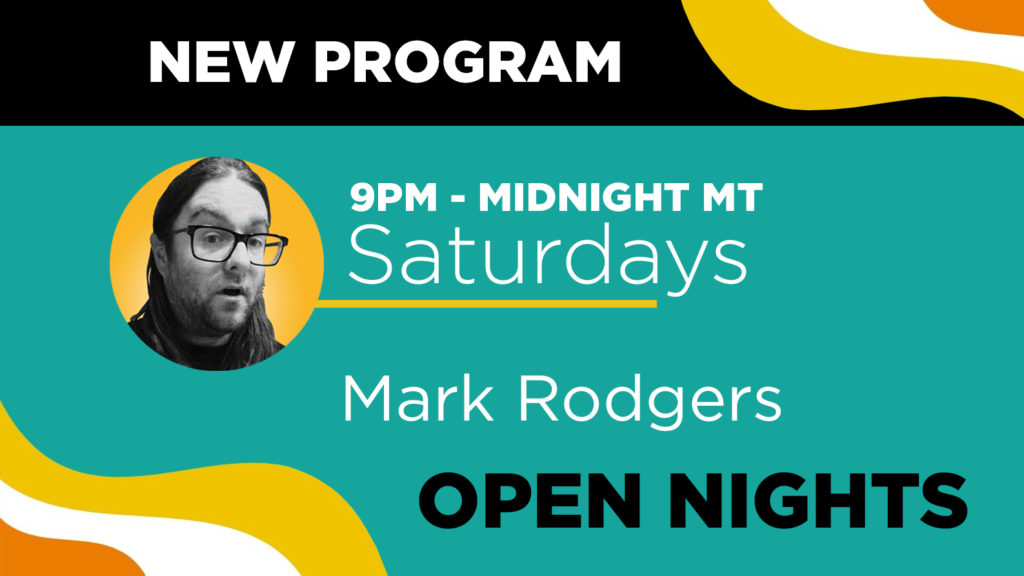 Host Mark Rodgers has been in radio since 2007. He’s been at CKUA in various roles since his student internship through MacEwan University in 2011. He’s also a DJ at events like the Edmonton Marathon, a juror for the Western Canadian Music Awards, and he used to go up in the Global News helicopter to tell people what was going on in Edmonton traffic.

There are more than a few roles at CKUA that Mark has taken on. He’s a production pro, you’ve heard his voice in ads, and Grant Stovel even calls him “Mr. Radio.” Now his new Saturday program, Open Nights, is promising to bring energy and fun to your weekend. This is music to take you from Saturday night to early Sunday morning.

When asked about his vision for this new program, he said, “I want to present a flow of music that picks up where Lionel’s Vinyls left off, offering a playlist of upbeat music from 9pm to midnight. It’s not music for winding down. I like to rock, and this show suits my personality. I even stand up for some of my talk breaks to get more energy across the mic when in the studio!”

Your new Fall Season is here!

The Power of Philanthropy: CKUA OnDemand