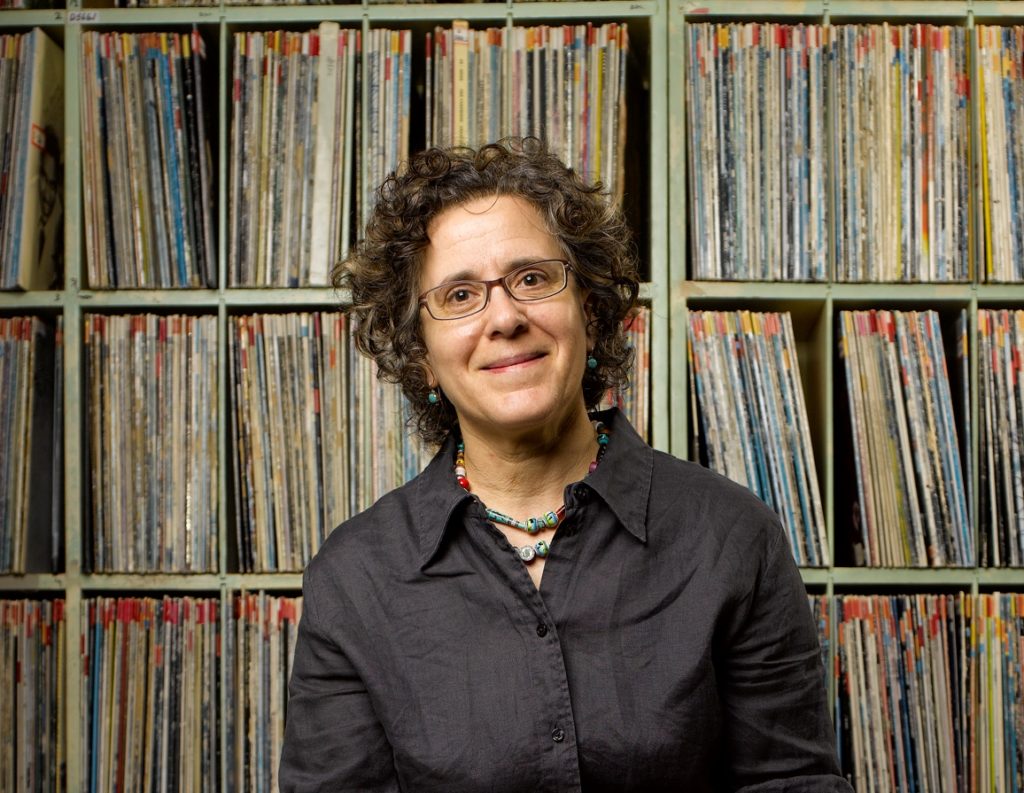 It is with heavy hearts that we say goodbye to Monica Miller, a beloved member of the CKUA family, who passed away this weekend.

“No matter which direction CKUA pursued over the years, Monica was a constant in our identity. Her love of interesting music, and the arts, is a thread that we carry on today. We will miss her unique style, warmth and her sense of humour, both on and off the air,” says CEO Marc Carnes.

If there is a job that exists at the station, Monica probably did it at some point. While she’s now known for her warm presence on-air, she got her start at the station working as a library assistant in 1977.

From there, she worked her way through various positions, learning every aspect of what goes into getting something on air.

“Monica had a singular CKUA experience in that she worked in the library, she was a writer, assistant producer, producer for arts coverage. She had a long history with the station before she ever hosted a music program,” says senior producer David Ward, who worked with Monica for more than 40 years.

When Monica did eventually move behind the microphone, that experience shone through in her shows — a curious, playful musical taste that she combined with hours of careful research and planning.

“Because of that she brought a reverence and dedication to her work … It also meant that she had an ear for quality music, often overlooked music, and depth that delved across genres with strong flavour of jazz and world music,” he adds.

“She took her work seriously and did her best to maintain a standard that was taught to her by the old-school announcers – Bill Coull, Sev Sabourin and others.”

That dedication and passion extended behind the scenes as well. Arianne Piquette-Smith, CKUA’s music library technician, says Monica often took on the thankless tasks that helped keep the station running smoothly. Even when she was on medical leave at home, one could often see her in the station’s database, updating artist bios and marking off award nominees.

“I could see, because it says who last saved that records, that she was in there doing the same thing,” she says.
“Even when she’s off at home, she’s like ‘well, I’ll just take care of it to help out. Because she thought it was important and it had to get done. But also, she was always there to help the people who she felt had too much on their plate.”

Monica could always be relied on to share a fascinating new musical discovery or to leverage her boundless musical knowledge to help others. But more than anything, it was her warmth, compassion and kindness that made her irreplaceable in the hearts of her listeners and colleagues.

“When we think of CKUA culture, I think that Monica Miller’s approach and attitude and spirit and passion and dedication is what we’re talking about. And without that, [CKUA] wouldn’t exist,” adds host Grant Stovel.