Do you (or someone you know) have a 200-300 word story about you and CKUA that you’d like to share with us? Please let us know by writing us. We’d love to feature it! 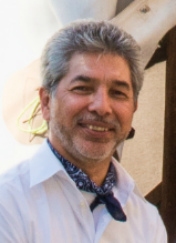 Raul Rodas-Reyes has been a CKUA listener for more than twenty-five years. In the mid-1990s, during his daily commute from Airdrie to Calgary, he was trying out different radio stations in the car and heard, as he calls it, “great Cuban music.” More world music and diverse artists followed that track, and Raul says, “That was when I wanted to know what station this was.” That station was CKUA.

Not long after that revelation, however, CKUA went silent for five weeks in 1997, and Raul says that silence was disturbing. When the station came back, Raul found it again, and since then, he’s grown to love everything CKUA offers. He notes that he’s bought more than a few CDs because of hearing just one or two tracks on CKUA. “I wouldn’t do that for another station,” he laughs. “You can tell the difference between CKUA and other stations.”

A big fan of Baba’s Mid-Morning Mojo on Fridays, Raul also loves the energy of the early Alberta Morning program. “Grant Stovel makes me smile every day,” he says. “I want to be like Grant. Such positivity.”  He’s quick to add, though, that he enjoys all the different hosts and announcers. “CKUA has made changes over the years, but it continues to play such good, good music.”

Thank you for sharing your CKUA story with us, Raul. It is listeners, and donors, like you that help to amplify CKUA.

Listener loyalty and donations help build a strong foundation for CKUA. If you would like to share your CKUA story, please let us know by writing us.