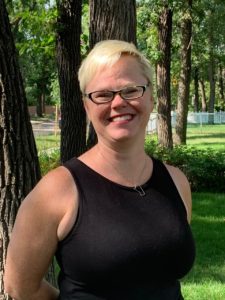 What does your job as Executive Director of the Western Canadian Music Alliance entail?

I truly have one of the best jobs in the world. My role includes building relationships with funders and sponsors who support music and industry development, securing the funds to present events, and overseeing an amazing team that works tirelessly to support and celebrate developing talent.

This is the 20th anniversary of the Breakout West annual conference, festival, and the Western Canadian Music Awards. Why is this gathering significant for artists and music fans in western Canada and beyond?

20 years in the music industry is an incredible accomplishment for an organization that has seen so many changes. When I read event programming from ten or more years ago, we were focusing on how to build a website. There were topics that we still talk about today, like songwriting, collaborations, and touring. When I started here, collecting an email list of your fans was ingenious. It also was a time when very few faces in the industry were female or folks of colour. I am so proud of where we have come to and the initiatives we are working on now. It’s also a great time to rewind our playlists to celebrate the music that inspired today’s creators.

What advice would you have for someone who’s attending Breakout West for the first time?

Check out the speakers, delegates, and sessions before arriving, and make a plan. Be specific and realistic in what you hope to accomplish, who you want to connect with.

Is there an artist or band you’re particularly excited to see at this year’s festival?

So many. I am excited to dance to Khanvict, to hear Nuela Charles’ new material, and to see Neon Dreams. My showcase schedule is packed. I’m going to take in as much as I can.

We have a huge music library here at CKUA. Can you choose a song for our listeners?

Oskar Zybart and growing ‘In Our Neighbourhood’