Do you have a story about you and CKUA that you’d like to share with us? Please let us know by writing us. We’d love to feature it! What do such stories look like? Well, here’s one by our own A Time for Jazz host, Kodi Hutchinson! 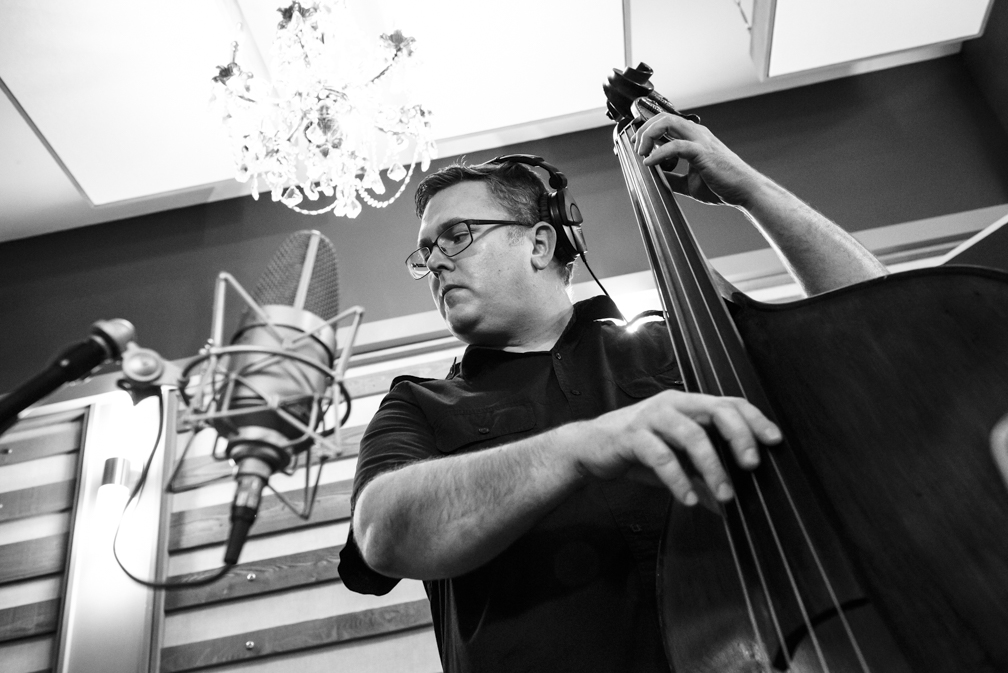 If I am to believe the all-knowing Facebook, it was eight years ago that I went on air at CKUA Radio for the first time.

Apparently the station was looking for somebody to go live from Calgary for the first time in many years and they thought that a jazz show would be a great place to start. I had never been on radio, as a host before, but for some reason somebody at CKUA had heard I might be good at it.

I remember being contacted to send in a one-hour demo for CKUA to see if I might be a good fit. I guess the demo was good enough, and the next thing you know I’m sitting with [CKUA staff] at a Starbucks near my home. I told them how I grew up listening to Bill Coull and how I wanted to try and emulate what he did (easier said than done). They said, you’re hired!

Jump forward a couple of months….

I had never been on radio before, and unfortunately every time we tried to set up a training session, for some reason or another it just couldn’t happen. Since there was no staff in Calgary, I was left alone to try and play around in the studio at the Jack Singer, which is easier said than done if you’ve never operated a radio board and the average temperature in the room is 30 degrees.

Everyone I asked help from usually defaulted to the same statement: “It’s easy, don’t worry, you’ll be fine”. In retrospect for those who have never done it before, I would say that going on radio is probably as easy as riding a bike after someone has held the seat a few times until you find your balance. I had never ridden this type of bike up to that point and was afraid a mighty crash without a helmet was imminent.

My show was a noon to 3 PM slot on a Saturday. The Edmonton crew showed up shortly before 11 AM. When they arrived to get me up and running, the gear had certain components that were unfamiliar to the new arrivals. They quickly realized someone who knew the equipment needed to come and help get everything up and running. As you can imagine, no one had used the system since David Ward had broadcasted from Calgary a few years earlier. I was hoping for a quick lesson on how to operate the board, and everyone is trying to make sure Calgary and Edmonton were connected. Panic began to set in for me….

40 minutes before I went on air, a call went out to David Ward, a CBC producer at the time, and as testimony to his kindness and dedication to CKUA, 20 minutes before airtime he arrived at the Jack Singer station and surveyed the situation. David calmly and professionally ran everyone through how the system needed to get running and had me sit down at the board. five minutes before I went on air, I looked at him and said I don’t know what to do. I’m sure the fear was obvious in my demeanour and audible in my voice.

How cool was David? He simply said, “You’ll be fine,” and that he would guide me on what to do and how to run the board when the time came and get me through it. I would run the board, not him. He had his hand on the bike seat, but I would have to learn how to ride. He was going to teach me how to do it in real time.

Noon hit with my heart racing and I said my first words on-air. Who knows what they were, but I made it to my first song (SF Jazz Collective’s “Cape Verdean Blues” for those who are interested). I was probably as scared at that moment, as I was the very first time I played music in public at 11 years old. Honestly, I have played in front of 50,000 people onstage, as a musician and not have been as nervous as that first broadcast.

After that, I started to get the hang of the board and calm down, David started artfully giving me ideas of different ways to say what I did on air. Many of us have now experienced this patient teaching style of David. I got through the show and David made it possible!

I still feel, in relation to many of you, I have so much to learn, but David Ward made it so I could be a contributing member here at CKUA.

Seeing this Facebook post recently made me think of my start at CKUA eight years ago and made me want to share this story and thank the person who helped me find my voice on radio.

Thank you, David Ward, for your tireless work and the passion for what you do that permeates to all of us here at CKUA!

PS – Also a huge thanks to Bren Cross who has been for many years my only point of contact and operator for the shows. He is awesome at what he does!

Thanks again for telling us this wonderful story about you and CKUA, Kodi!