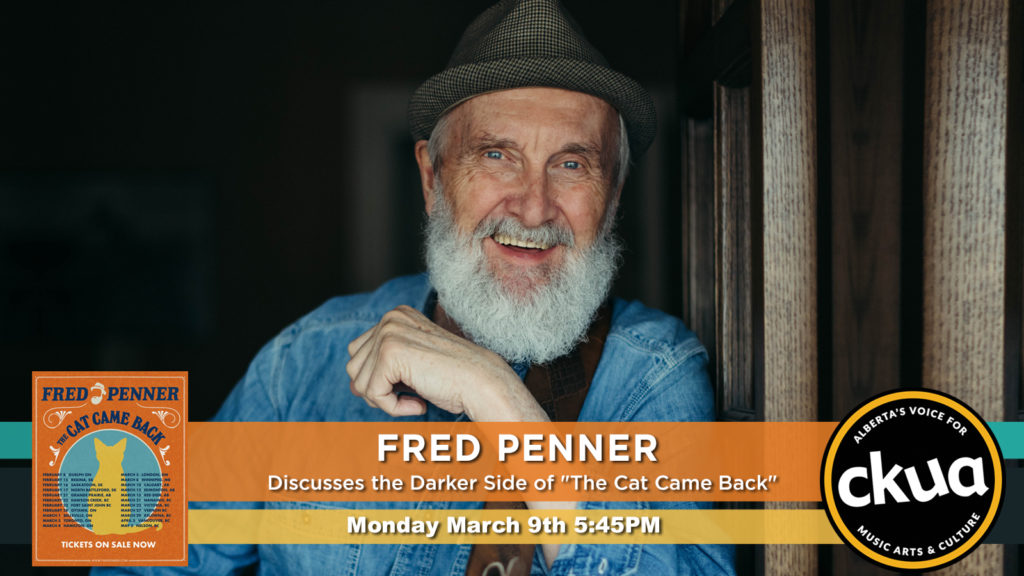 It’s one of the most enduring children’s sing-a-long songs ever and he’s currently on tour to perform it for thousands of children.

But while we might think of it as a tune for kids, “The Cat Came Back” actually has some heavy imagery. A train crash that kills everyone on board? A cat who might be a “goner?” Is “The Cat Came Back” really a song meant to brighten up kids’ lives, or are its darker themes meant to entertain all of the adults in Fred’s audience too?

Ahead of his performances in Calgary on March 10, Edmonton on March 12, and Red Deer on March 15, Fred Penner tells CKUA’s Vish Khanna all about his most famous song! Listen to Lisa Wilton‘s Traffic Jams on March 9 at 5:45 PM to hear Fred live on CKUA!

UPDATE: Listen to this conversation between Fred and Vish now: