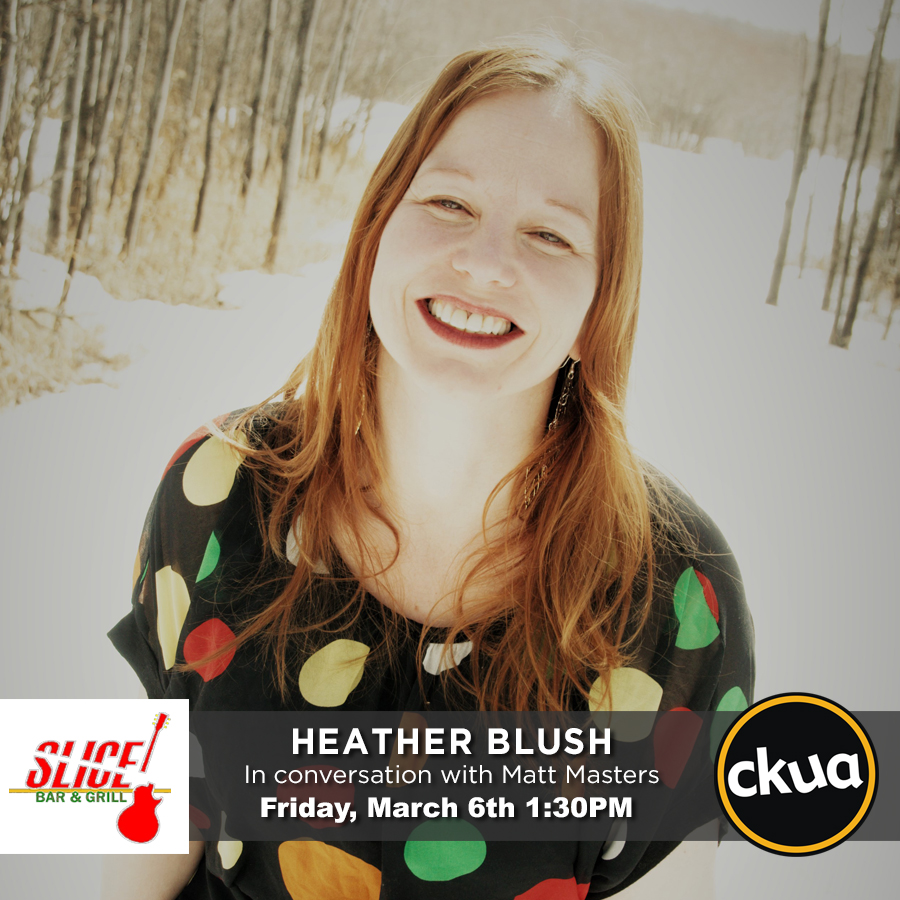 The Calgary Sun described Heather Blush as a combination of Joni Mitchell and Norah Jones. Normally she performs with her band The Uppercuts, a trio of rogue troubadours that includes “Captain” Steve Hazlett on drums and “Duellin’” Dale Ulan on upright bass. With energetic, audience-engaging shows, Heather is quickly becoming known for songwriting that covers all the bases between witty sarcasm and gut-wrenching honesty.

Heather Blush chats with our own Matt Masters about International Women’s Day, and Songwriters in the Round , which takes place at The Slice in Lethbridge (314 8 St S,) on March 6th, which has been organized by CKUA’s host extraordinaire, Erin Ross, The evening will focus on songs, and the styles of the performers.

Ranging from blues, to jazz, to country, to rock n’ roll,  it promises to be a great evening filled with some fine Southern Alberta voices. Featured performers include Heather Blush, Ali Stuart, Shaela Miller and even our host, Erin Ross. Learn more about them below!

Check out Songwriters in the Round at The Slice, 314 8 St South in Lethbridge, AB March 6th. Tix are  $10 at the door, you can reserve a table in advance.

Celebrating International Women’s Day
“Songwriters in the Round” also features: 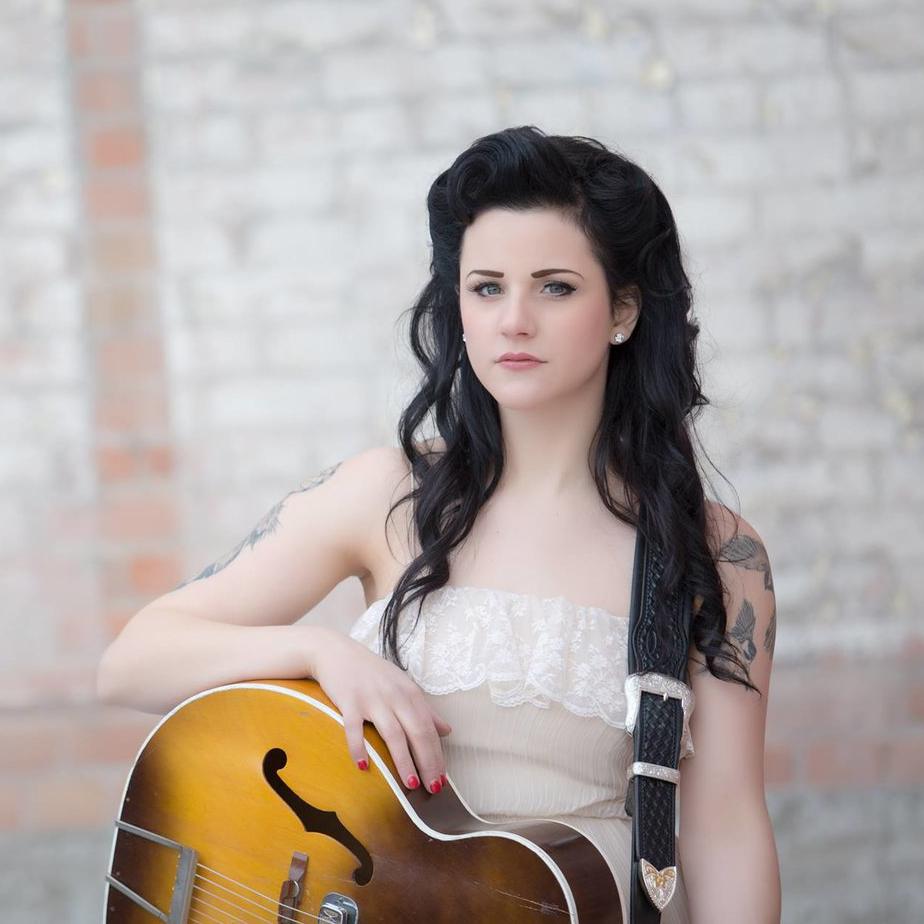 Although born in Victoria BC, Shaela Miller has spent the majority of her life in the windy southern Alberta city of Lethbridge and has been honing her skill, as a songwriter, for over ten years. Her affinity for the classic country greats of yesteryear gives her an unparalleled disposition as an original ambassador of a new wave of country music. When asked to describe her music, she replies simply: “Honky Tonk”. But that’s certainly not all it is. Tear in your beer ballads, dance hall shuffles and dark alt-country craft work are all part of the package. With a voice that will send shivers up your spine and a penchant for turning a phrase that will make you relish in its simple eloquence, Shaela’s musical force is unabated and unrivaled. 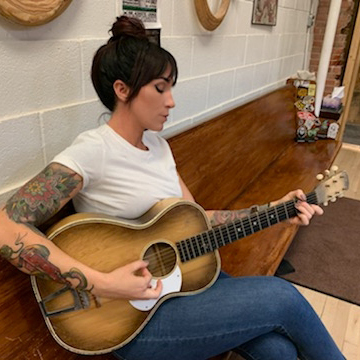 Born in the prairies, Ali Stuart has an eclectic sound rooted in Southern Alberta. Influenced by everything from punk rock to roots, her sound is rock and roll, with a little bit of country thrown in for good measure. Ali is no stranger to the Southern Alberta music scene. She is currently fronting a band called ‘Badlands’, and recently performed on the main stage at South Country Fair after placing second in the annual songwriting competition. With outspoken songs about everything from feminism to longing for love, her powerful vocals, and catchy rhythms will have you dancing and dreaming the night away. 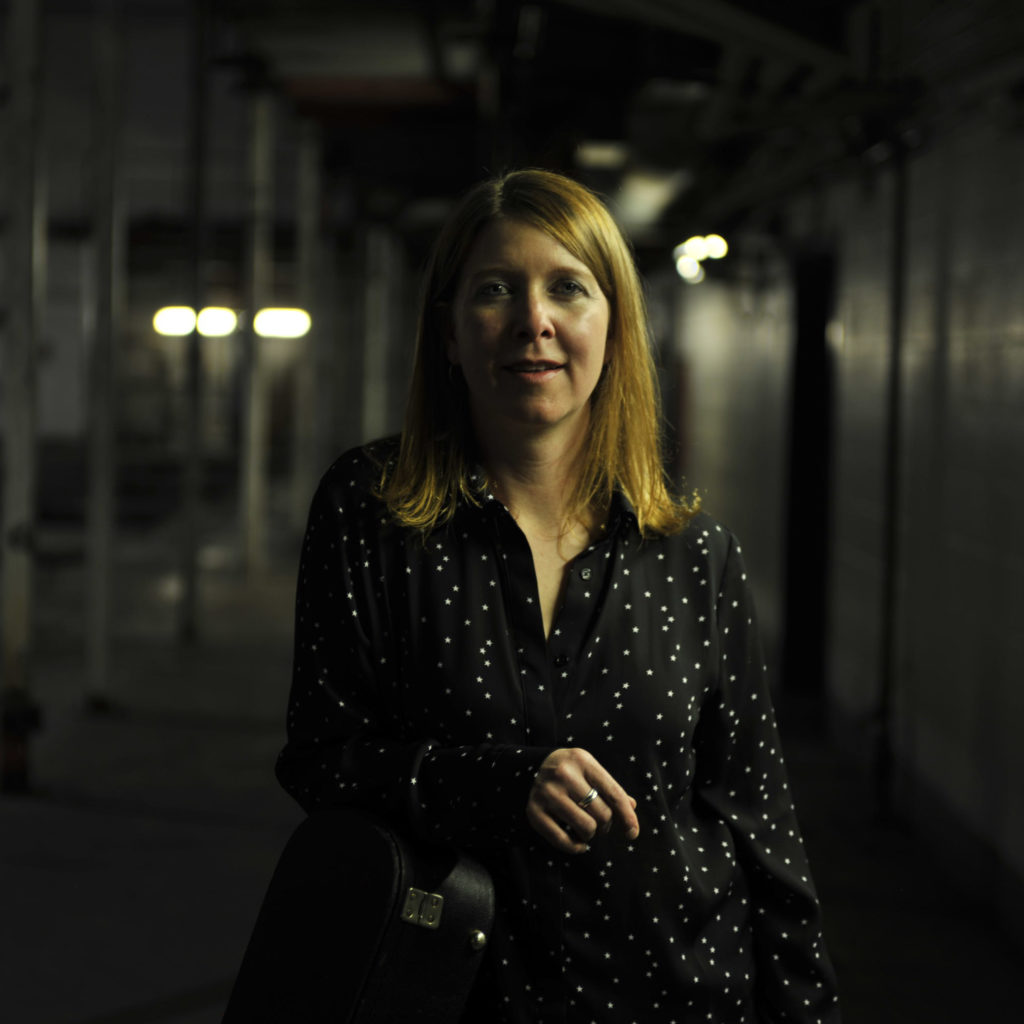 Hailing from Calgary, Erin Ross is an accomplished musician who transcends any one genre. Her soulful original compositions blend masterful guitar work, sultry vocals and showcase her skill as a multi instrumentalist. Rooted in blues, rock, country and jazz, Erin offers something for every crowd.