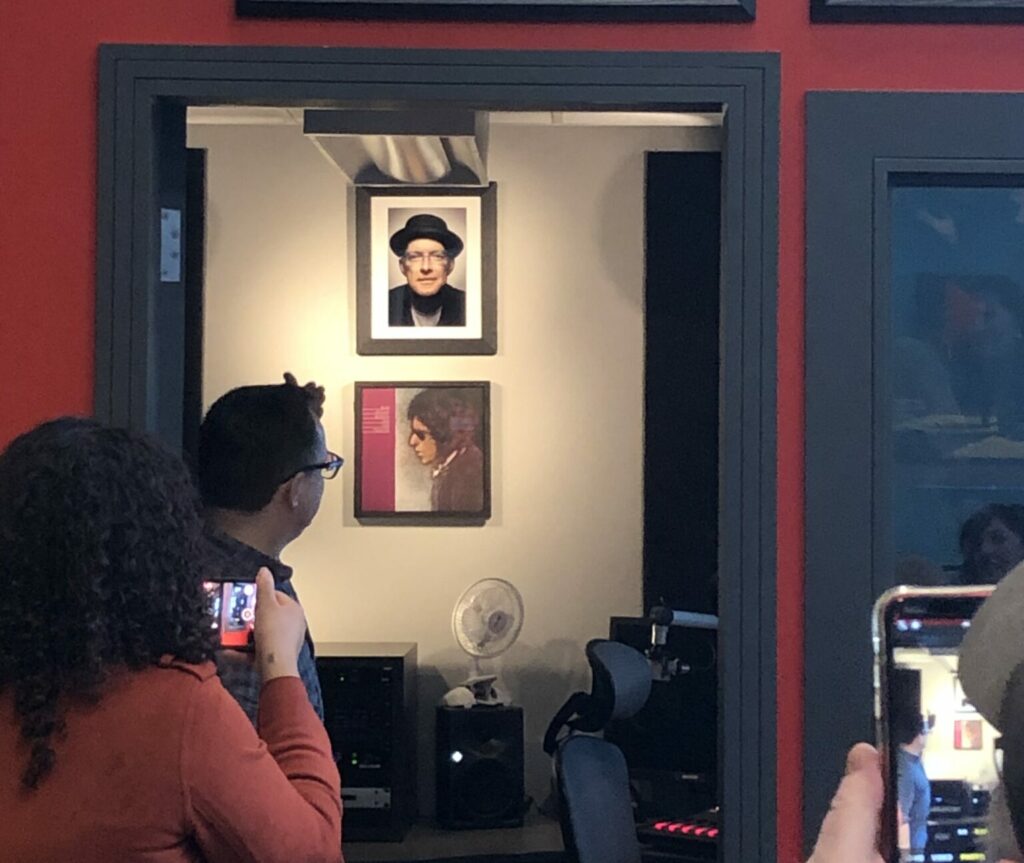 Two special events in Calgary last weekend allowed us to honour our late friend and colleague, David Ward. On Saturday, David’s family and a few colleagues and friends gathered at the Calgary Foundation CKUA Studio, and on Sunday, a public celebration at The Ironwood Stage & Grill included musical tributes, memories, and visiting. 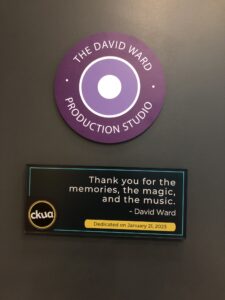 It’s hard to put into words what David Ward meant—and continues to mean—to the CKUA community. On January 21, friends, family, and colleagues gathered in Calgary to celebrate and remember him.

CKUA CEO Marc Carnes welcomed guests to the celebration, and noted that from now on, everyone who comes to CKUA in Calgary will be able to visit “The David Ward Production Studio.” This space, located beside main control, is used for preparation, recording, editing, meetings, and interviews.

David’s wife, Lois Epp, recalled his dedication to CKUA and the joy David found in this community. CKUA Foundation Board Chair Lindsay Hood unveiled the door plaque which displays David’s own words: “Thanks for the music, the magic, and the memories.”

Inside the studio, David’s photo hangs above the cover of Bob Dylan‘s album Blood on the Tracks, one of David’s favourites. Board member Bill Roggensack spoke about David’s passion for CKUA, not just in 1997 when the station was imperilled, but in the years that followed. 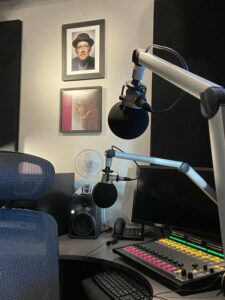 Hosts Lisa Wilton, Leo Cripps, and Kate Stevens mentioned how lucky they felt to be mentored by David.

Terry David Mulligan said simply, “He set standards to be attained, that we have to aim for.”

Former CKUA CEO Ken Regan referred to David as “the consummate broadcaster,” and host Tom Coxworth said, “I remember him just asking, ‘what do you need?’ and then saying, ‘Just go do what you do.'”

It was a heartfelt celebration of an irreplaceable person, and at the Ironwood Stage & Grill the following day, Sunday, January 22, memories and music flowed again in tribute to David.

It took many volunteers working behind the scenes and many musicians sharing their talents to fill the space with so much love and so much good music.

Our thanks go out to them. Thank you in particular to Cindy McLeod and Cheryl Nickurak, whose planning and attention to detail made the day so wonderful.

Celebrating the legacy of Jack Hagerman