This year’s Alberta Motorcycle Safety Society campaign kicks off on Sunday, May 2, with a Zoom broadcast live from Production World where President Liane Langlois will host a ‘hot stove league” style show featuring safety experts in all fields of two- and three-wheel riding. Here with his own thoughts on safe riding is the host of CKUA’s Friday Night Blues Party, Cam Hayden. 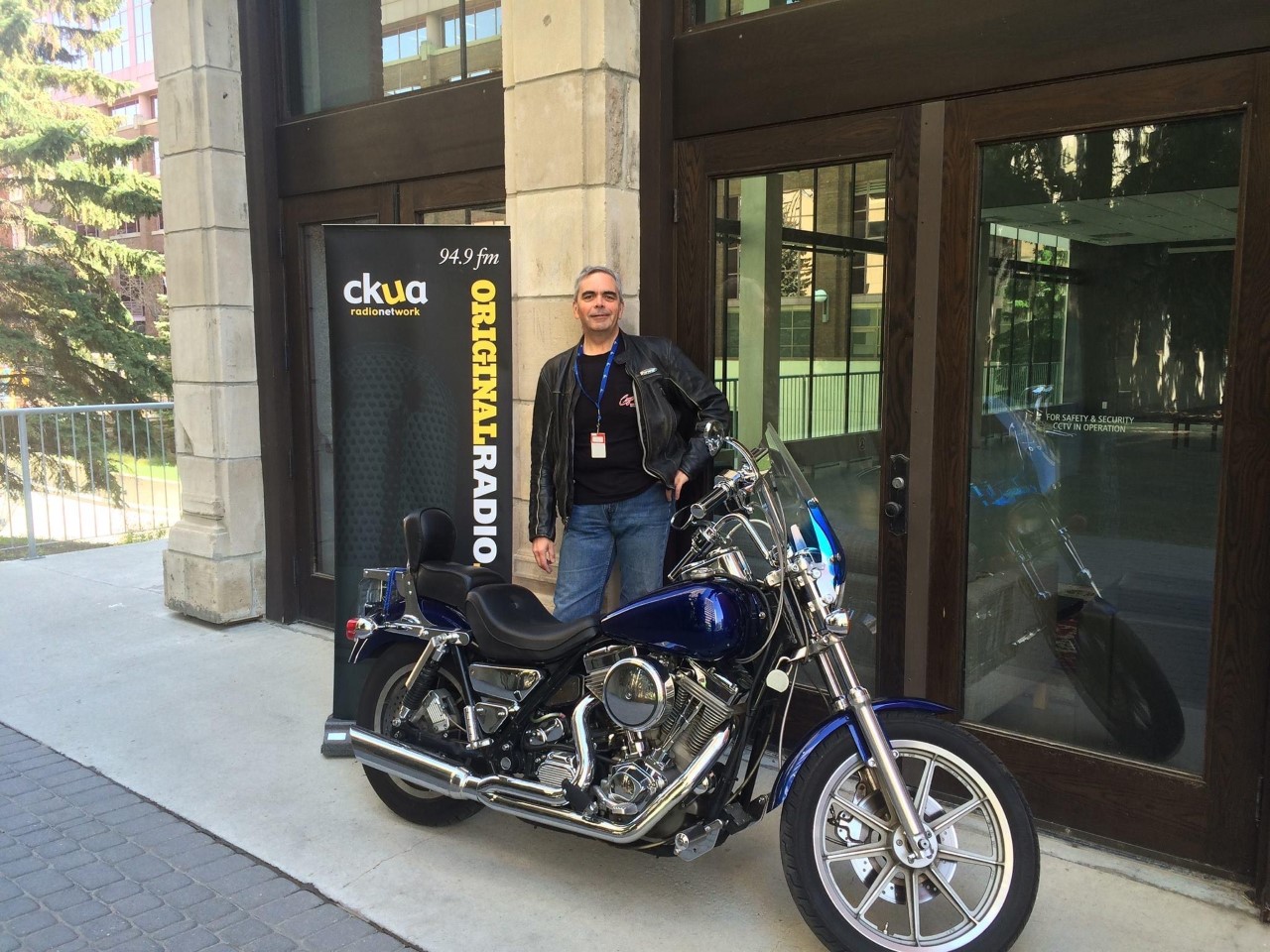 In July of 1978, I loaded up my trusty steed (a 1972 BMW R75/5) and headed up highway 2 from Calgary to Edmonton for my dream job—working at CKUA as a full time announcer and producer.

I was incredibly excited to begin a job that would actually pay me to do the thing I had been passionate about for the past six years—making radio.

I had started the radio station in my high school and took a two-year “Television, Stage and Radio Arts” course at SAIT. CKUA was exactly the kind of place I had fantasized working at. A radio station that valued quality and originality over formula and selling “time.”

I was immediately thrown into the mix and began hosting the daily classical music concerts just a few days after I arrived. I spent countless hours in the amazing library, listening to stacks and stacks of LPs, many by artists I had never heard of. Heaven!

And, I continued with my other great passion, motorcycling.

I was run over twice, breaking both legs and the supportive, understanding community that was, and is, CKUA were incredible. From phone room volunteers who gave me very special gifts to the engineers who enabled me to broadcast while recuperating from home, the support was incredible.

When asked by the Alberta Motorcycle Safety Society to be a spokesperson for their awareness and safety programs it seemed like the universe was allowing me to give back. In true CKUA style, management not only donated air time to put these ads all over the province and beyond, they encouraged me to pursue involvement with the society.