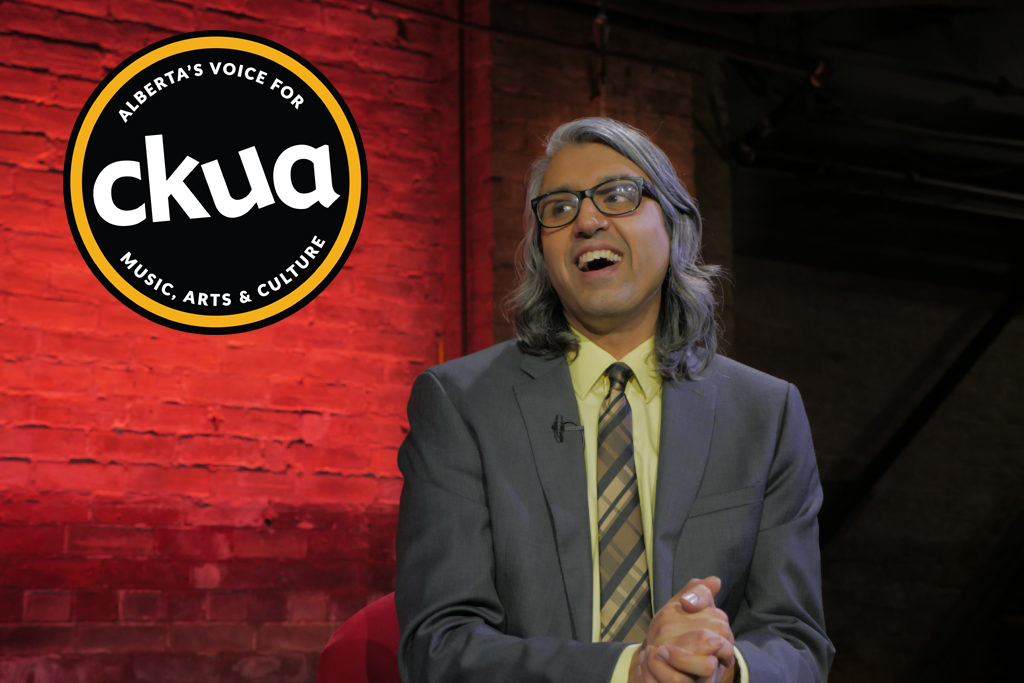 The CKUA Radio Network is pleased to announce that Vish Khanna has been appointed the organization’s new Content Director. He will be tasked with helping CKUA pursue its mission and vision through radio broadcasting and digital channels. With CKUA’s 100th anniversary approaching in 2027, this includes focusing on improving the listener experience, recruiting, and developing new hosts, and introducing new kinds of programming that will engage current and future audiences and donors.

Khanna is a leader in arts and culture broadcasting and journalism, having held positions at CFRU 93.3 FM and CBC Radio 3, and he remains an on-air columnist for the CBC Radio One program, The Next Chapter with Shelagh Rogers. He hosts a renowned topical interview podcast called Kreative Kontrol, is an Assistant Editor at Exclaim! Magazine, where he oversees the Comedy section, and he is a co-organizer of the Long Winter arts series in Toronto, hosting a monthly talk show called Long Night with Vish Khanna. He wrote a monthly arts column for the Guelph Mercury Tribune, and his written work has also been featured in Pitchfork, NOW, the AV Club, the Globe and Mail, Spinner, Huffington Post, Signal to Noise, Aux, Eye Weekly, Chart Attack, Off the Shelf, and more.

CKUA CEO Marc Carnes welcomed Khanna to his new role with keen appreciation for all he brings to it. “He has brought fresh ideas, perspectives, and leadership to CKUA that have helped us raise our connection with the community and with our audience. I’m excited to work with Vish in this role.”

“I’m happy to be in my new role at this pivotal time in CKUA’s history,” said Khanna. “This is an important media institution with a loyal and engaged audience of music, arts, and culture enthusiasts, and my sense is that they appreciate being soothed by the familiar, as much they wish to be enlightened and challenged by new ideas and modes of expression. In my roles at CKUA, which have included on-air fill-in hosting, communications and marketing strategizing, digital media production, and now Content Director, I have worked with a dynamic team and have heard from a remarkably supportive community. I am honoured to play a part in enhancing CKUA for them and for future generations of listeners, donors, volunteers, and staff who will benefit from the broadcasting and media work we’re doing now.”

Have you heard Vish on-air? Listen to some of his past interviews:

On Books: Dany Assaf’s ‘Say Please and Thank You & Stand in Line’

On books: Kliph Nesteroff’s ‘We Had a Little Real Estate Problem’

Black in Alberta: How can we do better?