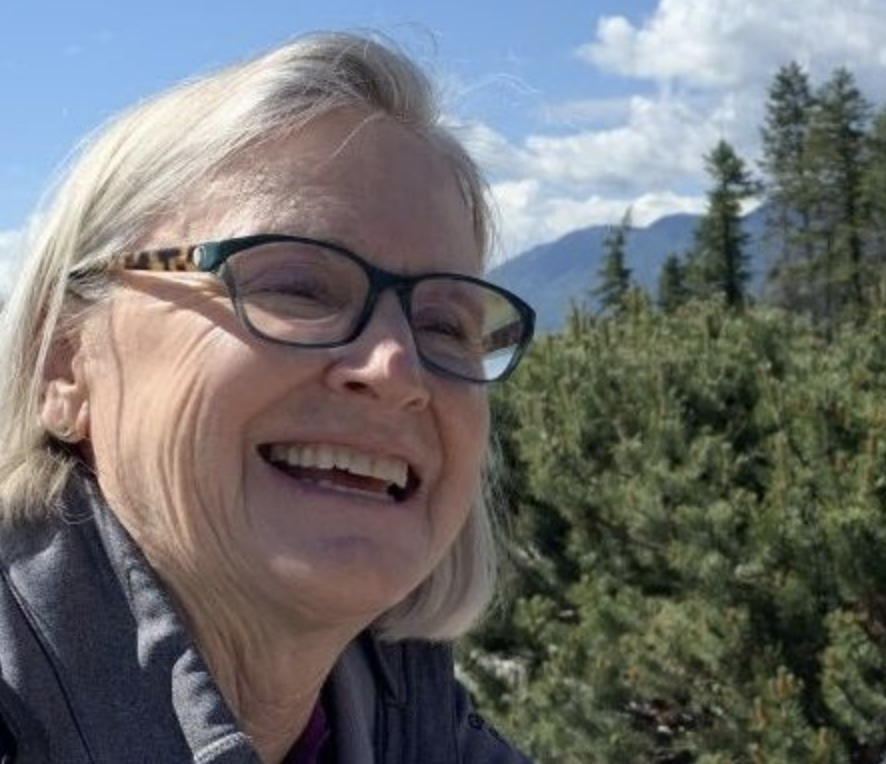 As CKUA celebrates its 95th birthday this week and looks forward to turning 100 in 2027, we visited with Mary Corbett, a CKUA board member and longtime supporter whose family was integral to CKUA’s beginnings.

How has the Corbett family’s history been intertwined with CKUA’s?

You could go back to the very beginning. Edward (Ned) Corbett was my dad’s uncle, so my great uncle. When CKUA began it was really born for education. It focused on outreach programs, often meant to reach people like farmers and people in small towns who could not travel to take courses. Ned would drive, sometimes by horse and buggy, and he would show film strips for children and adults in church halls and community centres. The CKUA broadcast let educators reach people in other areas. The launch of the AM transmitter meant he travelled less. Other family members also had CKUA connections. My aunt, Nancy Corbett Lord, who worked in the CKUA library as a teenager, was still dancing in her kitchen at age 100 to TDM’s Mulligan Stew.

When did you become involved?

I’ve listened my whole life. I used to listen as a kid when someone read the comics. When my brother was born, I would sit beside my mom, and we listened together while she took care of him. Later, when I was a teenager and I would tell my dad I wanted to listen to another radio station, he said, “Go into another room, then.” Years later, I got involved in the capital campaign to raise money to see CKUA move into the Alberta Hotel building.

What are your hopes for CKUA as we celebrate 95 years and look forward to 100?

That it will grow. I would love it if the people who listen could think of it as a subscription, something that they pay for because they are taking part in its future and finding joy in what they hear every day. Fundraiser is fun because we gain new insights into the listening community through people’s choices, and we can hear all these great things.

What does CKUA add to your life?

I wrote a poem that says what’s on my mind and in my heart.

Ears open,
Heart and mind pulse with joy.
Life soars.
Why? CKUA!
Support the joy, and help it
support you!

Do you have a song you’d like to send out to our listener community?

“Church of the Long Grass” by John Wort Hannam

Mary Corbett: “CKUA has been a big part of my life since I was born”