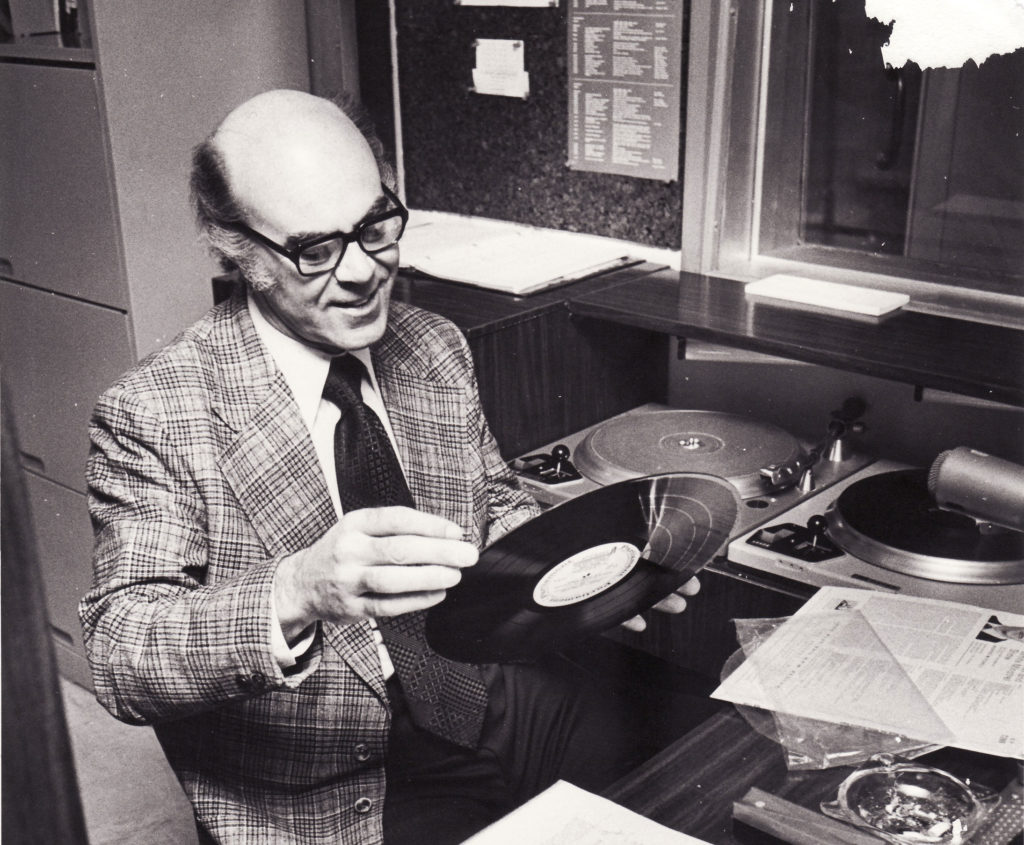 This week, the CKUA community had to say goodbye to a true radio icon.  Join us Sunday afternoon as we pay tribute to Jack Hagerman.

Jack, aka John Worthington, passed away in hospital at the age of 92. Jack has always been a vital part of CKUA. First, as a station manager who helped define it’s unique legacy. Secondly, as a beloved broadcaster, most recently celebrating his passion for big band recordings as The Old Disc Jockey.

It’s impossible to tell the story of CKUA without telling Jack’s story — he’s been involved in the station for more than 70 years and helped define the sound and identity of CKUA to an immeasurable degree.

Jack has been called the “very essence of the station.” Today, we mourn the loss of a talented broadcaster, an unparalleled station manager and a beloved friend.