“The sound of CKUA as we know it in 2021 is, in no small part, a legacy of the pioneering work that Cathy Ennis did in the mid-to-late 1990s with her program the Listening Room. At the time, CKUA’s program schedule was heavily weighted towards classical, jazz, folk, and blues but Cathy’s vision of combining of new releases from contemporary independent bands, long-forgotten rock and soul classics, and fascinating rhythm-based music from around the world helped to shape the listening habits of a generation of CKUA listeners.”

As our beloved Cathy Ennis leaves the airwaves on Monday, August 30, we asked her to reflect upon her CKUA and broadcasting trajectory. It’s a fascinating read. Enjoy!

What led you to CKUA?

On grad night from NAIT’s two-year Radio and Television Arts Program, a panel of media executives, who had previously judged our submitted performances in a variety of categories, were on hand to hand out the awards. I won two of them that night, both for News Broadcasting—one for radio and one for television. That led to those same executives approaching me later that evening and inviting me in to their stations for interviews. One of them was Andrew Smith, News Director for CKUA at that time. I knew of and wanted to work for CKUA and accepted his offer. Just a few days later, after our formal interview, there I was on day one of what would be many years at CKUA in News, Technical Production, and as an Announcer / Producer of music programming.

When did you start working at CKUA? Was it the Listening Room right from the start?

I started at CKUA in June of 1978, in the News Department on the late afternoon shift (3 to 11 PM) But I had Jack Hagerman (John Worthington) visiting with me every evening, as he produced his program, The Old-Disc Jockey. He thrilled in sharing his love of Big Band music and musicians with me and I was a willing student, to be sure! He showed me the workings of the enormous record library and gave me a key piece of advice very early on: “This library has everything to offer. If you ever find yourself doing a music show for CKUA, do not treat it like it’s your own personal jukebox. Explore it. Get to know the treasure it has to offer.” I already had a deep love of music but now I was free to explore everything! But it would be years later that I would move out of News and into Music. My first show was given to me by then Program Manager, Jackie Rollins. She let me name it, produce it and present it—A Classic Example. It ran Monday though Friday evenings from 6 to 8 PM. And it would be years again, down the road, before I was able to convince, by then, Gail Hinchliffe, to let me blow up the single-genre music model and try my hand at mixing all kinds of music, including pop and music from other cultures. The year was 1995 and it was Bill Coull who suggested the name for my daily three-hour weekday program from 9 to noon; “What about the Listening Room?”

Did you have any mentors at CKUA when you first started?

Everyone I ever worked with at CKUA was/is a mentor in their own way. I learn from everyone. We all have things to impart to each other—through conversation, through example, through listening to each other’s work, etc. I’ve been very fortunate and deeply appreciate that I’ve always got to work with such a bright, fun, and funny group of people. 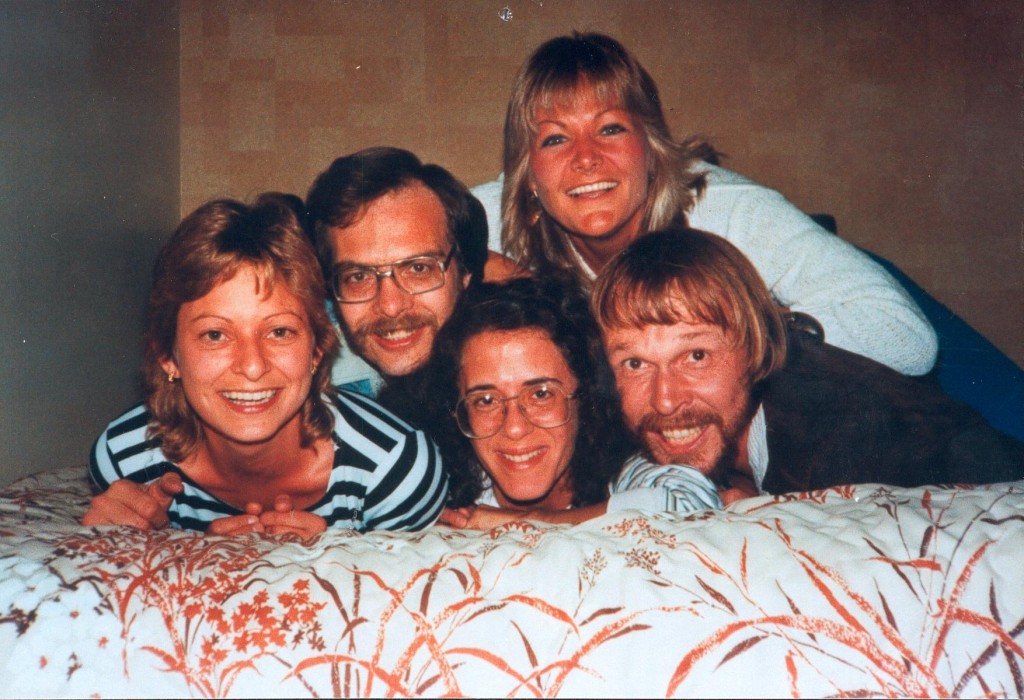 What’s going on in the picture of all the hosts on the bed? This is a PG-rated story, correct?

HAHAHA! No, actually! It’s very much G-rated! No Parental Guidance required. Nancy Sherbaniuk (at the top of our host-heap!) organized an across Alberta road-trip so everyone could gather interview material for their individual programs. It was a great idea! Explore the province from tip to toe and meet and interview the people who make up our stories and audiences. One of our stops was St. Paul. Chris Allen had brought a beautiful camera with him and at the motel where we stayed overnight (in separate rooms), we had gathered for a chat about the next day’s itinerary. Quite spontaneously, Chris set up his camera with self-timer and we all haphazardly piled onto the bed. “Bzzzzzzzz. Click”…and voila! My favourite CKUA photo ever!

I’m sure the list is long, but do you have a standout memory from CKUA?

I can’t choose just one single, standout memory. There really are too many. But I laughed and learned A LOT! The road trip across Alberta with Chris, Monica, Nancy and Tony—pure magic! The shutdown of ’97; a lot of stress, determination, and hard work for the comeback. Alberta’s various festivals and artists over the years—so much great music! The Folkways Collection trip to New York City (hectic but brilliant), all the fundraisers where controlled chaos reigns in a really good way, and of course, our CKUA donors and listeners, without whom we’d be nowhere.

What can we expect for the final show?

For the most part, the music will do the talking. I plan to play some of my all-time favourite tracks and keep my commentary to a minimum. I’m excited about my future but I’m a bit of a weep when it comes to goodbyes. The final show will, I hope, offer those who can tune in, some excellent music and a sense of my immense gratitude and appreciation for having had them listening and donating over all these many years.

Here’s a photo from Cathy’s last show on Aug 30th. Thank you yo everyone who tuned in, sent messages, and chimed in on social media! 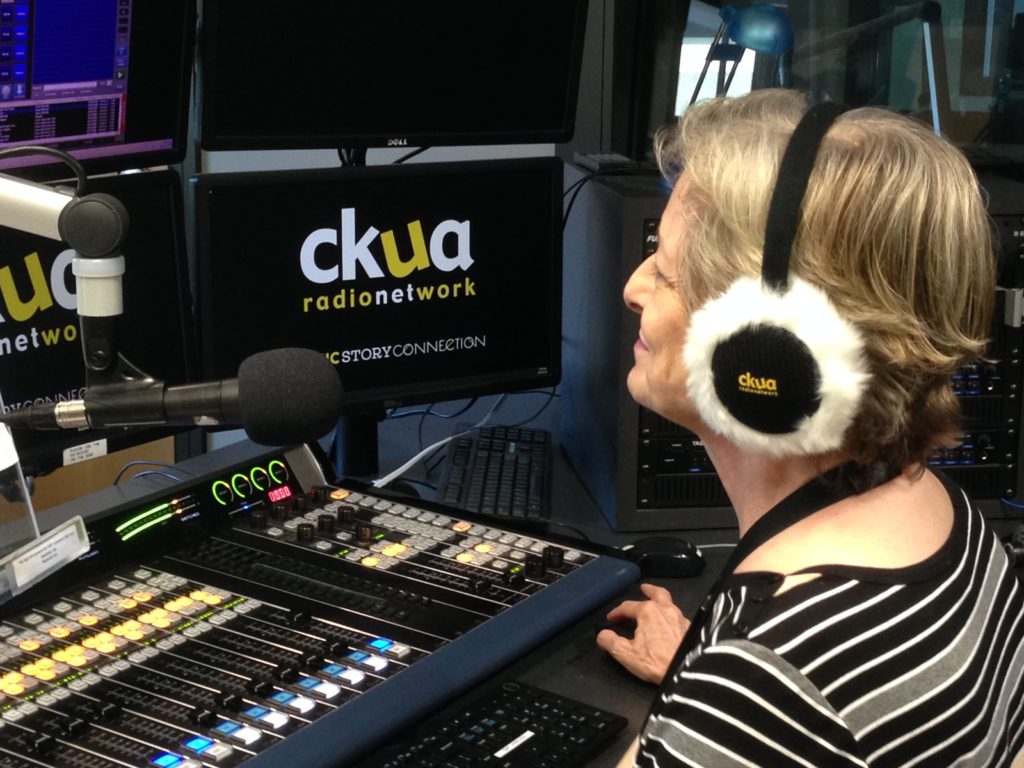