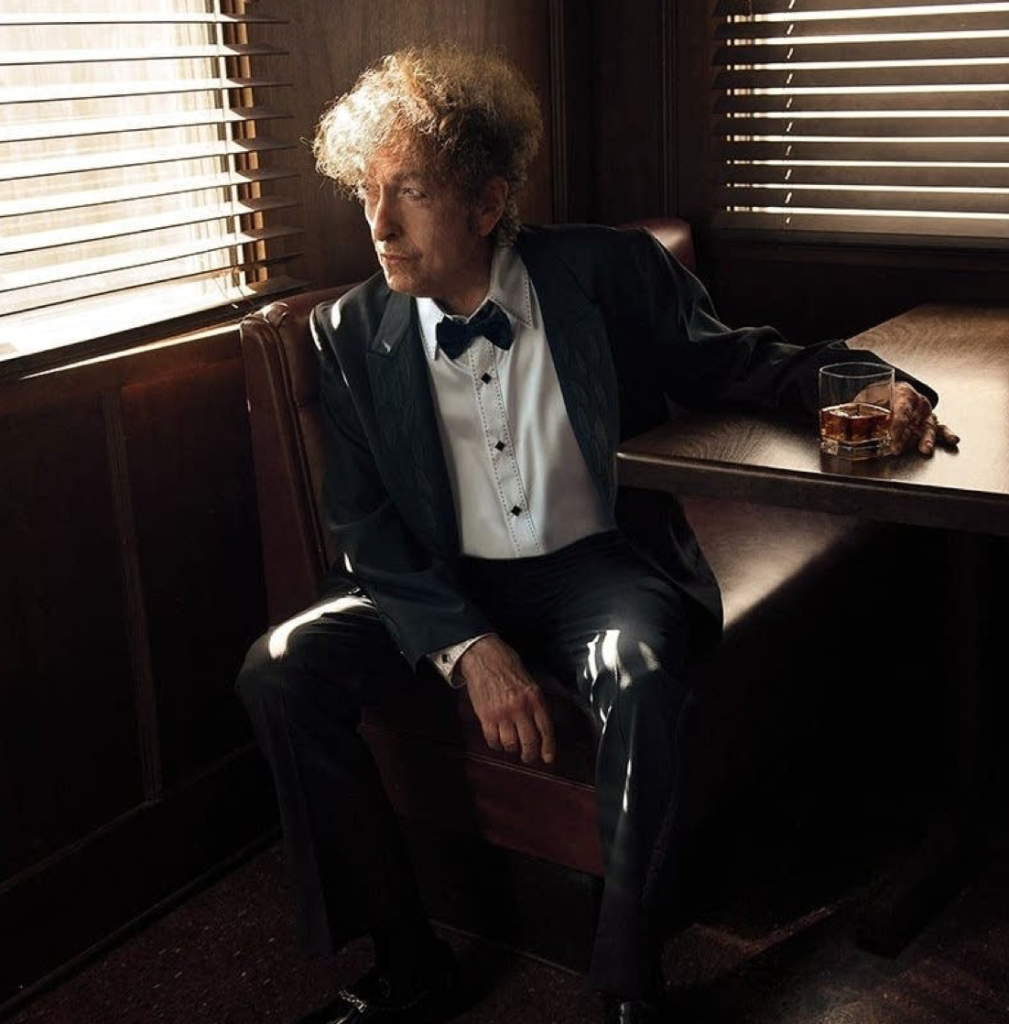 We are reminded of this fact with the unexpected return this week of his satellite show, Theme Time Radio Hour, which, thus far, features a single, new (or “never-before-heard” is what they’re saying about it without specifying when it was recorded), two-hour episode focusing upon whiskey, via songs, stories, and celebrity phone-in cameos (some of which, are rather surprising).

“Does anybody still have a radio? Some folks might even be listening on a smart toaster.”

Following an initial blast of 100 excellent episodes, the whiskey show marks the first new Theme Time in ten years and even the host wonders if people even listen to radios anymore (Ed. we here know that they definitely do). That aside, Dylan himself is loose (given the occasion, maybe even tipsy), as our bemused ringleader, spinning rye-soaked historical anecdotes and engaging in sly and overt bits of comedy. It’s all very entertaining.

Since his earliest expressions, as a performer, singer, storyteller, and songwriter, Dylan has revealed himself to be a voracious joke absorber and teller. For all the seriousness ascribed to him (because he wrote and continues to write some rather serious songs), closer attention paid to the man reveals someone who sees a lot of silliness in the world and even within his role in it, as a “song and dance man,” who some mistake for a poet-saviour, like that’s even something someone can be.

There are myriad examples of him chuckling through passages in his own songs (poor old Mr. Jones) and when he, famous for being selective about press and public appearances over the past few decades, finally does do stuff, it’s almost always, amusingly odd.

For his appearance on MTV’s Unplugged in 1995, in which he played a set acoustically, did Dylan purposely outfit himself in practically the identical sartorial way he did on his 1966 tour of England, where he was booed and called “Judas,” essentially because he had “gone electric?” 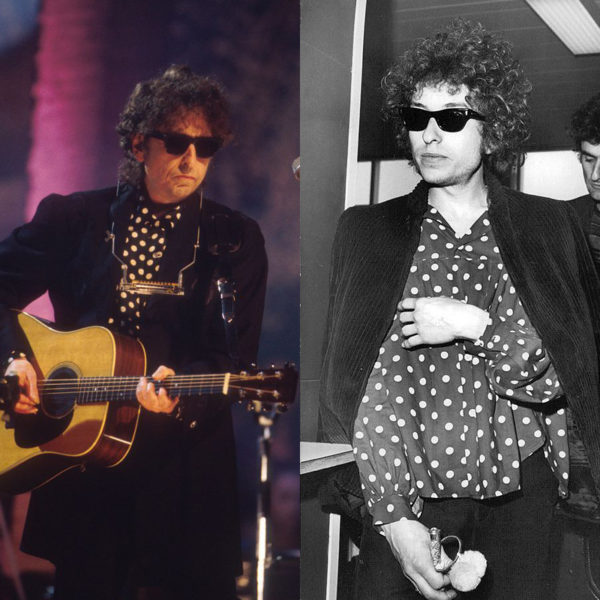 Why did he turn up, as himself, on the sitcom, Dharma and Greg for a jam session with Dharma?

On 2001’s “Love and Theft,” which is ostensibly set within the haunting and daunting landscape of the American Civil War, why does virtually every song contain a pun or ‘dad joke’ (perhaps none more so than the string of set-up/punch lines that populate “Po’ Boy”)?

Was the Victoria’s Secret ad campaign a put-on about taking it off?

Is anything funnier than the music video for “Must Be Santa?”

When he and Martin Scorsese teamed up to make 2019’s startling Netflix offering, Rolling Thunder Revue: A Bob Dylan Story by Martin Scorsese, why was so much of it a total, messing-with-you fabrication?

Every photo shoot, every liner note, every interview, every speech, every action, every increasingly rare bit of banter—anything Dylan does is laced with at least some provocative mischief (“We like to say Freddy eats a lotta chicken because he’s always in such a fowl mood,” I saw Dylan joke on March 21, 2004 at the Kool Haus in Toronto, while introducing his less than amused guitar player at the time, Freddy Koella, who was out of the band by the next month).

Dylan’s spot-on timing and dry playfulness are really evident in one of his greatest, most revealing feats, Theme Time Radio Hour. It shows off his breadth, as a music fan with trustworthy taste and knowledge, but it also lets us hear one of our heaviest men clowning around, sharing fun stories and fascinating historical facts, like the world’s greatest party guest.

It’s a performance sure, but hearing Dylan’s enthusiastic voice in this playful context leaves one with a tremendous sense of glee and warmth. For those who partake, it’s probably not dissimilar from enjoying a good glass of whiskey.

Vish Khanna works behind the scenes at CKUA and his writing has appeared in the Globe & Mail, Pitchfork, CBC, the A.V. Club, and Exclaim! among other outlets. He also hosts his own podcast, Kreative Kontrol, and recently wrote rather lovingly about Bob Dylan’s latest album, Rough and Rowdy Ways.