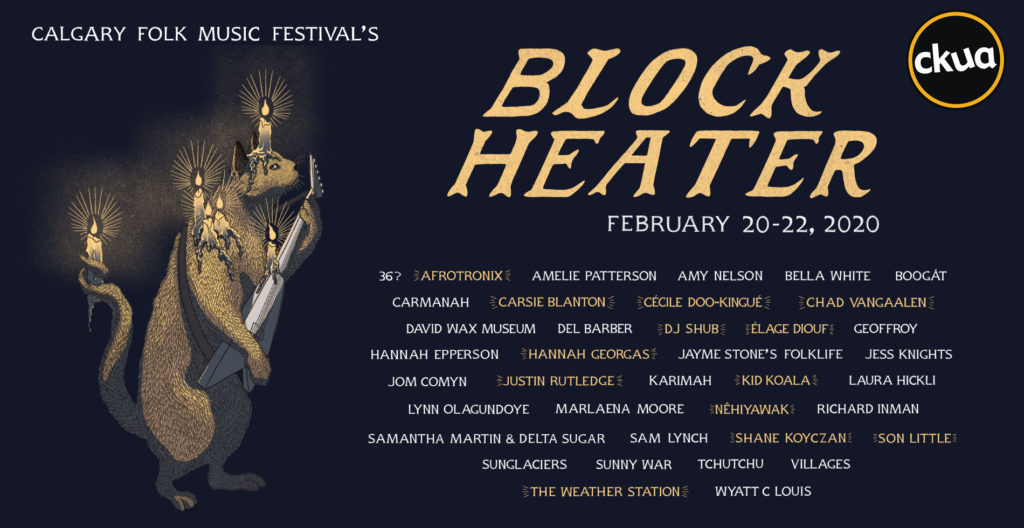 We are stoked about #BH2020 and pleased that participating performers will be taking to our airwaves!

Here’s what we have in store for you: 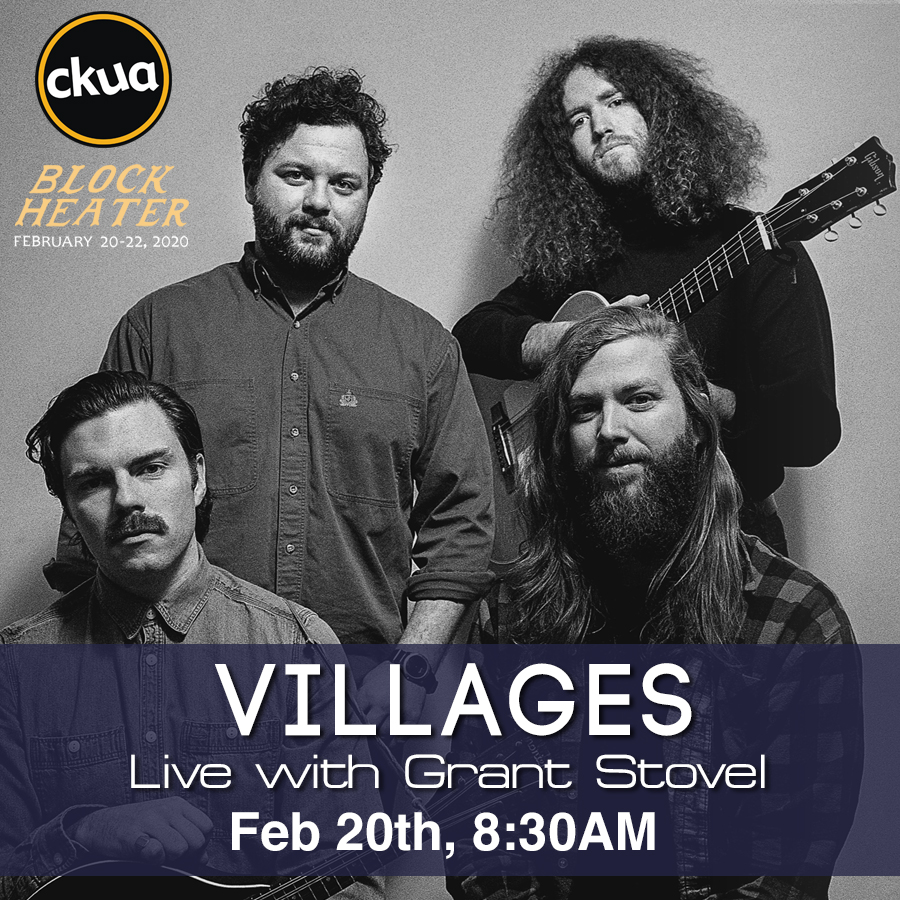 A burst of nostalgia for their Cape Breton home while jamming on Rankin Family songs led Halifax pop-rock act Mardeen to form a musical alter ego, Villages. Brimming with traditional reels and Irish-influenced Celtic folk, Villages sing about life in the Maritimes as they pine for their rural home from cold urban landscape of the big city. Villages released a self-titled, eight-song debut album in the spring of 2019, and while it is full of the traditional sounds of Cape Breton, they’ve added enough of their own pop sensibilities and non-traditional instruments such as synthesizers to put a singular mark on their heritage. 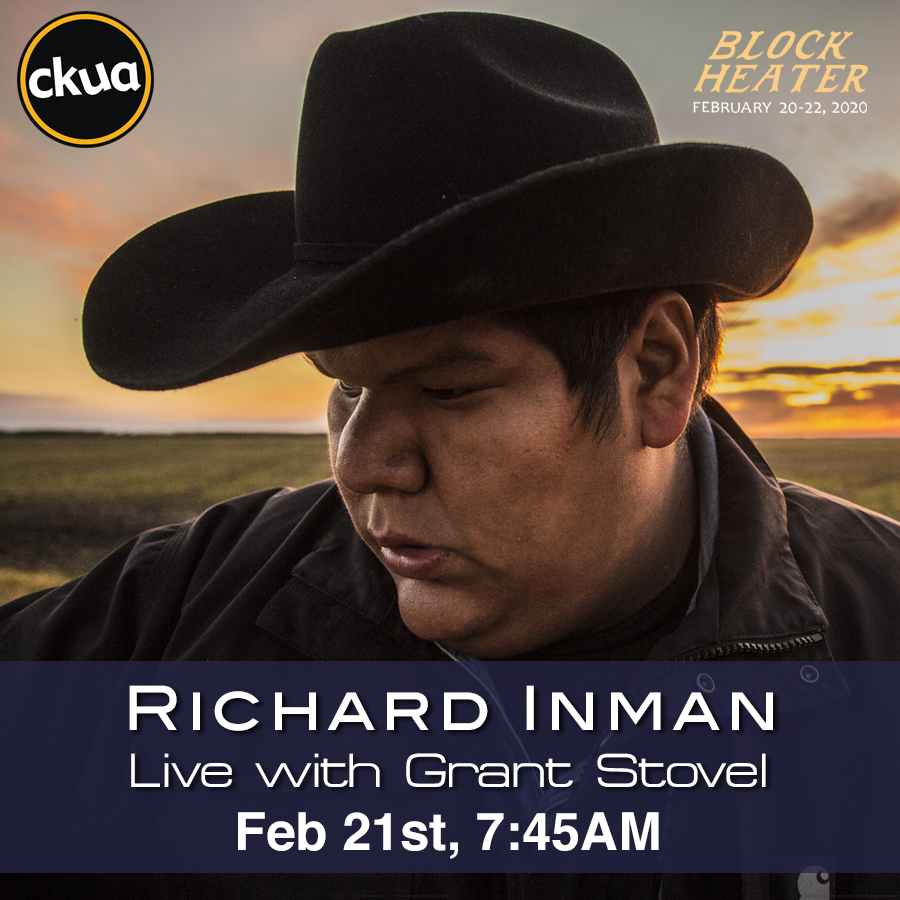 Richard Inman
interview on Alberta Morning with Grant Stovel
– Friday at 7:45 AM

Stripped. Bare. Down to the essence, the bones, the soul. Being stripped so naked is bravery, a revelation, a reckoning. If you take everything away, sometimes you lose the sinew, the core, and the soul of the song. Not so with the music of Richard Inman. Perhaps he learned to fillet ideas for songs as a kid, riding in his father’s car back from church in his home in Grunthal, Manitoba, listening to ghostly radio floating in from Portage la Prairie with Johnny Cash and George Jones on the radio. He wrote his first songs, bare country, in his teens, then detoured into the popular “indie” sounds of the day, before finding his North Star in simplicity again. Like Cash and Jones, Inman whittles down the story, the moment, making more room for bare truth to shine. It’s a courageous way to write, no gimmicks, no flash, walking through lean Townes to meet a Guy near the place your visions lead you. Inman ain’t no writer of fancy words, nor of fancy tunes. Those things hide – hide from us, hide you from me and me from you. Instead, we look each other in the eye through his songs. A bit of guitar, a bit of slide, a few ghosts shadowing us along the never ending highway, authenticity painting the yellow lines between those coming and going. So take a journey with Inman, serenaded by naked song. Don’t be afraid; open yourself to this exposure – your goosebumps will give rise to sweet revelations laid open before you. 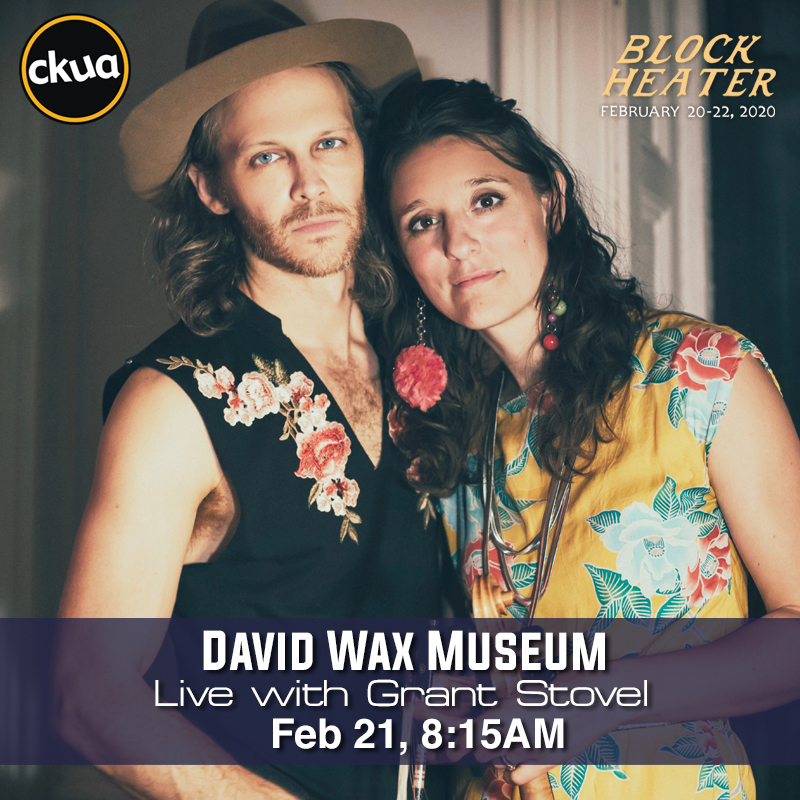 David Wax Museum
interview on Alberta Morning with Grant Stovel
– Friday at 8:15 AM

If winter chills your bones, David Wax Museum‘s blissful sonic sunshine that fuses American folk with Mexican son into a self-dubbed style, ‘Mexo-Americana’ will bring the needed warmth. Both sides of the border are clearly present, making them just as likely to be compared to The Avett Brothers as Calexico. David Wax began the project with multi-instrumentalist (and now wife), Suz Slezak, after a year in Mexico learning to play the Jarona Jarocha (a smallish, Mexican instrument resembling a guitar). They broke into the alt-folk scene with a string of self-released albums, constant touring, and lauded festival performances, including the 2011 CFMF. Now with six albums under their belt, and equipped with wonderfully eclectic instrumentation including a donkey jawbone, David Wax Museum’s musical fusion is rooted in tradition, but constantly evolving. 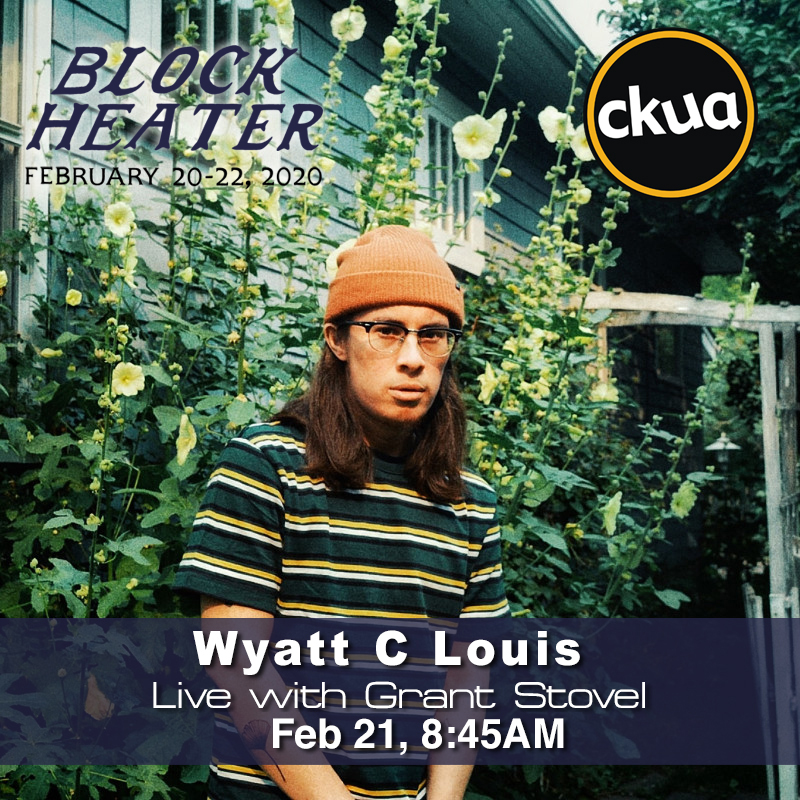 Wyatt C. Louis
interview on Alberta Morning with Grant Stovel
– Friday at 8:45 AM

A fairly recent Calgary transplant, Wyatt C. Louis has made an impact here with songs built from soaring melodies, railroad-like finger picking and quiet, haunting vocals and lyrical phrasing. Louis’s dark, rustic tales meld folk and soulful blues to tell tales of love, loss and the journey home. They’re beautiful, subtle creations that juxtapose emotions, striking imagery and experiences that charm and envelop listeners. With the sweet and intimate EP On a Journey for the Long Run under his belt, Louis is gearing up to record and release his first full-length album.

Cécile Doo-Kingué
30 Minute DJ on My Favourite Time of Day with Matt Masters
– Friday at 1:00 PM

What if Nina Simone played guitar like Jimi Hendrix and grooved like Sly Stone? Bursting through the confines of 12-bar blues with heavy dollops of rock, soul, jazz and Afro-beat, Cécile Doo-Kingué deftly mines the traditional blues subjects of love, personal demons and loss while also addressing current politics fearlessly and fiercely. In true blues fashion, though, Doo-Kingué’s unflinching gaze never comes at the expense of a good groove, a catchy melody or a sharp guitar lick. The daughter of Cameroonian diplomats, Doo-Kingué was born and raised in New York, moving to Montreal at 20. She seamlessly sings in both French and English, often in the same song, and has developed a reputation for blistering live sets in her two decades of performing. 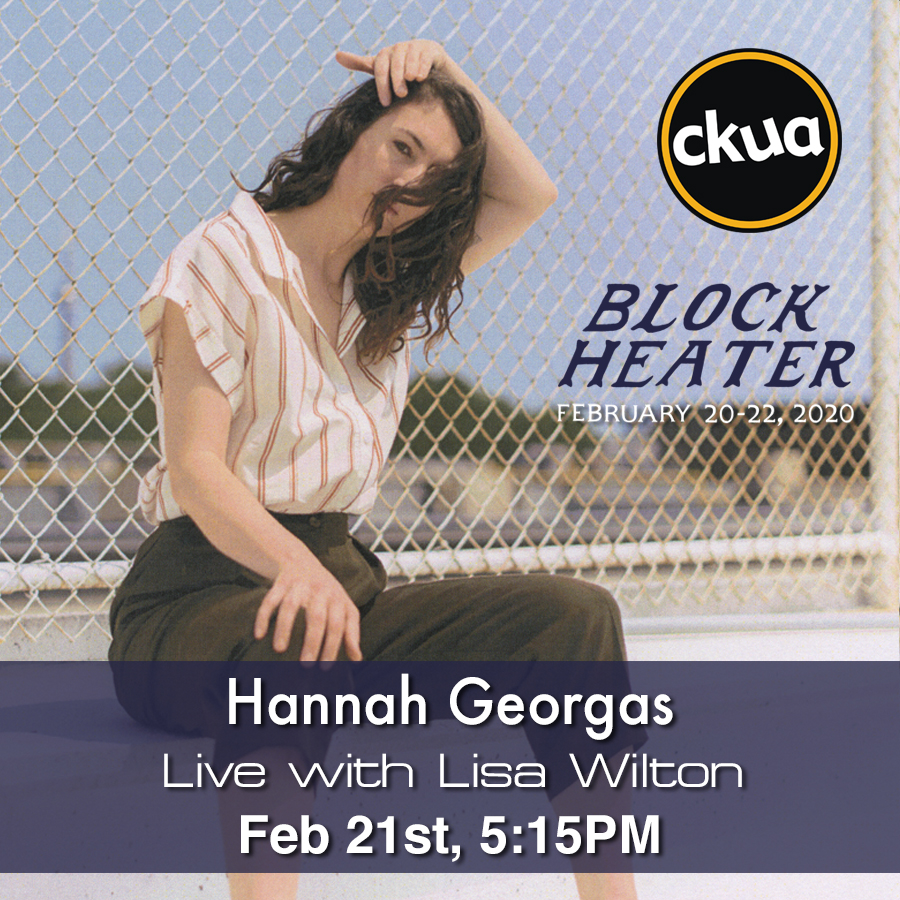 Hannah Georgas is a quintessentially Canadian artist — multi-Juno award nominations, handfuls of awards, twice Polaris Prize long-listed — and still unassuming, and although perhaps not a household name, she’s beloved. In carving out a unique space in under the radar of this country’s narrow commercial radio landscape, Georgas has spent the better part of the last decade defying expectations, following her muse from cozy folk club friendly tunes to tracks comfortably at home alongside indie dance party synth-pop, all while continuing to develop a voice that can snarl with a punk rock edge or offer a softly aching ballad, both with confidence and ease. Fans of indie Canuck artists will find hooks to reel them in, but Georgas’ songwriting can’t be easily pigeonholed as she continues to build a distinct sound and style. A highly anticipated upcoming album, produced by The National’s Aaron Dessner, will serve to add to the long list of descriptors and comparisons Georgas warrants, while undoubtedly maintaining the intimacy, honesty, curiosity and command she already wears so well.

Stop. Everything you thought you knew about Kid Koala? That was yesterday. And Kid Koala doesn’t do yesterday. Sure, he made his name with turntablism, became beloved to this city for his Recordland crate digging, set high water marks for what a DJ-as-producer-as-musician could do. And yes, he has been heralded with awards, showered with acclaim, received props from around the musical universe, crossing genres, making beats and blowing minds, setting headphones aflame and inspiring leagues of kids to sell their guitars and buy turntables (with apologies to James Murphy). And he still can do that, still gets that, still HAS THAT. Now, however, he requires more hyphens: illustrator, theatrical producer, ground-busting and inventing new genres like creating a live, animated, graphic novel. Mixing more than just beats now, creating more “new” “stuff” while remaining happy to remind you of just how hard he can hit you with the old stuff. Kid Koala: more than a DJ, more than an artiste-with-an-e, more than a national treasure, always more.

For more information on tickets and the full festival line up
visit the Calgary Folk Music Festival’s 2020 Block Heater page!