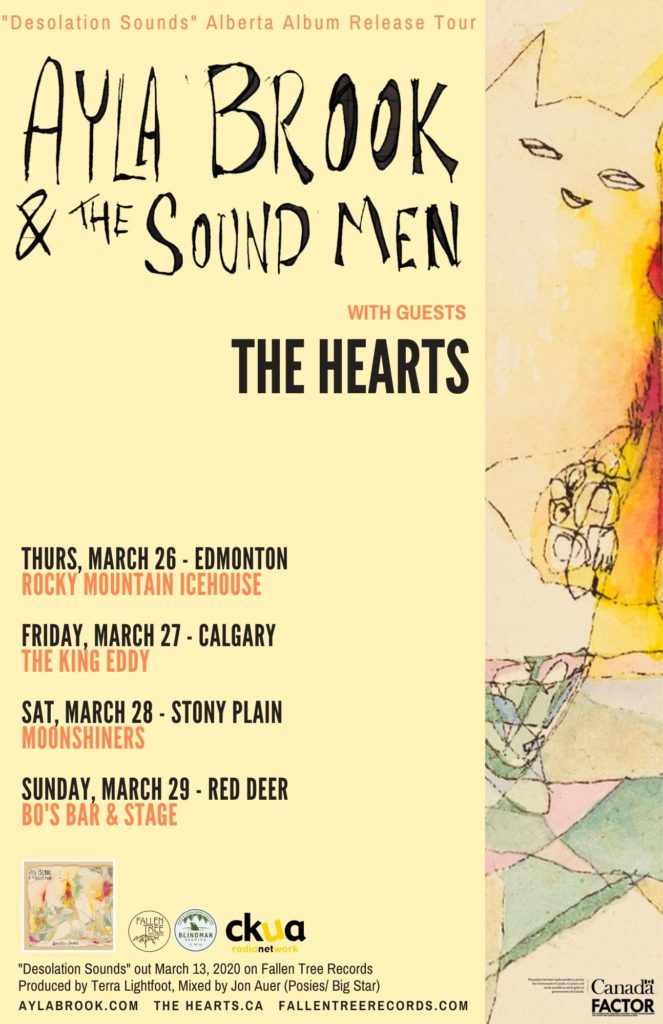 Ayla Brook & The Sound Men and The Hearts tour Alberta in March!

About Ayla Brook & The Sound Men: 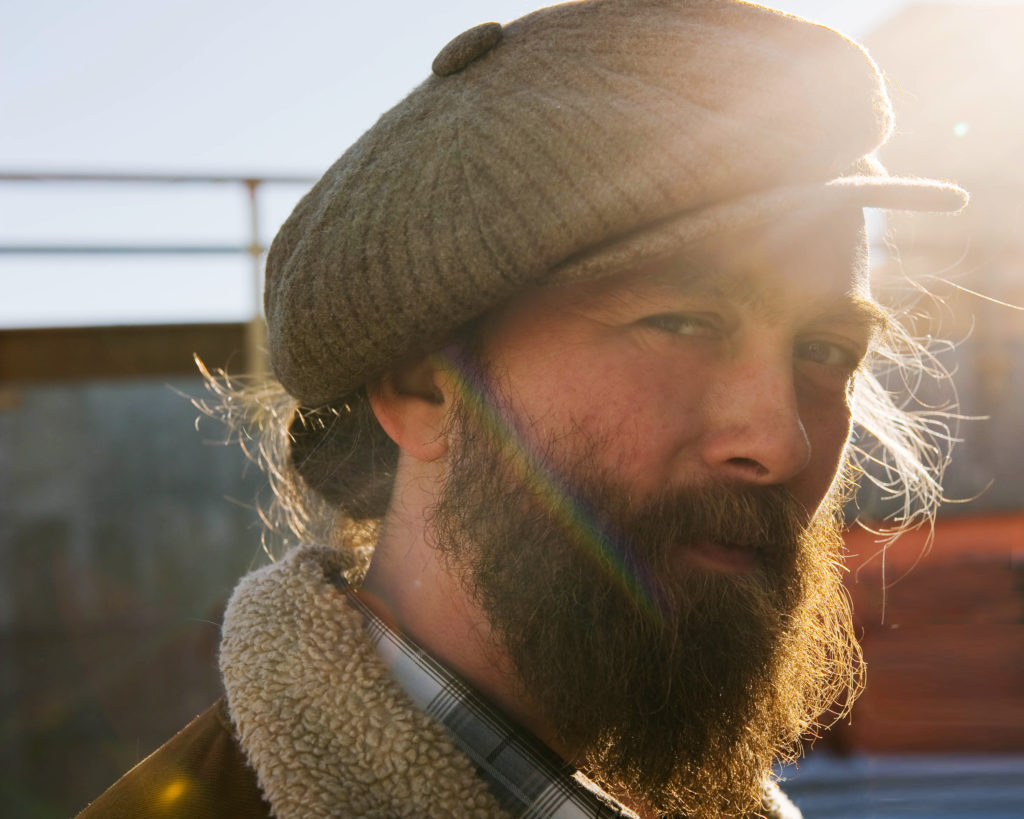 Ayla Brook (pronounced Ey–Lah) makes music as raw and vast as the Canadian prairies and as broad and deep as the Pacific Ocean. From his remote conception in BC’s Refuge Cove, to his upbringing in Lily Plain, Saskatchewan, to forming the Sound Men in the prairie capital city of Edmonton, Ayla has never wavered from his original vision of honest roots rock.

That vision is brilliantly captured on Desolation Sounds, the new album by Ayla Brook & The Sound Men, produced by Terra Lightfoot and mixed by Jon Auer of The Posies and Big Star fame.

It’s a collection of songs and stories about friends and family, local loves and loss. With levity, grit and grief we’re pulled into human connections stronger than the ding of a phone notification. They burst with rock and soul and the western charm that has become the band’s trademark sound. That was proven when they were named Roots Artist of the Year at the 2018 Edmonton Music Awards, the capper to a full summer of folk and indie music festivals.

Whether they’re packing dance floors in honky-tonks or in rock clubs soaked in wine and whiskey, Ayla Brook & The Sound Men deliver a tapestry of hurtin’ and feelin’ tunes about life on and off Canada’s barstools. 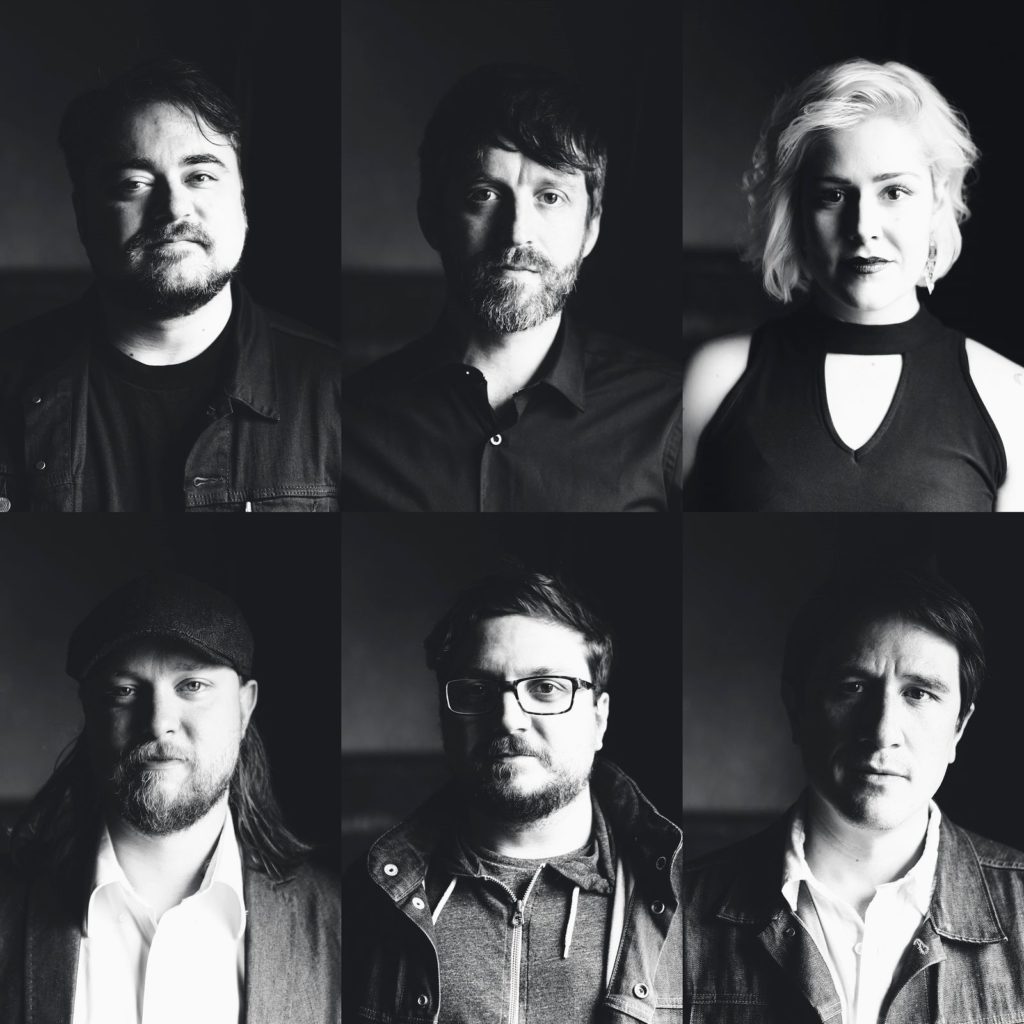 Following up on the band’s acclaimed 2018 EP, Sunshine, Edmonton Americana collective The Hearts are proud to release “Give It Back,” the first in a series of singles in collaboration with Grammy-winning Nashville-based producer/mixer Vance Powell. “Give It Back” reveals a sense of depth and refinement to The Hearts’ blue-ribbon brand of Americana, and with Powell’s sonic stamp on it, the song showcases the group at their very best.

The Hearts deliver memorable melodies and moody harmonies that have equal appeal in soft seat theatres, dive bars, or at international music festivals. What sets them apart is just how naturally their down-to-earth songwriting rests against a dreamy backdrop of custom-made Americana textures — six captivating musicians blending into one unshakeable sound.

The Hearts’ music has been featured in HBO and MTV productions, received international critical acclaim and charted on radio all across Canada. Their 2015 album, Equal Love reached #1 on CKUA radio and landed on earshot’s top 30.