“Very, very, rarely in any actual broadcast that Art Ward did, did you hear a goal called a goal, a puck called a puck, a baseball called a baseball-he had the widest assortment of different ways to say this thing without actually saying the word.” 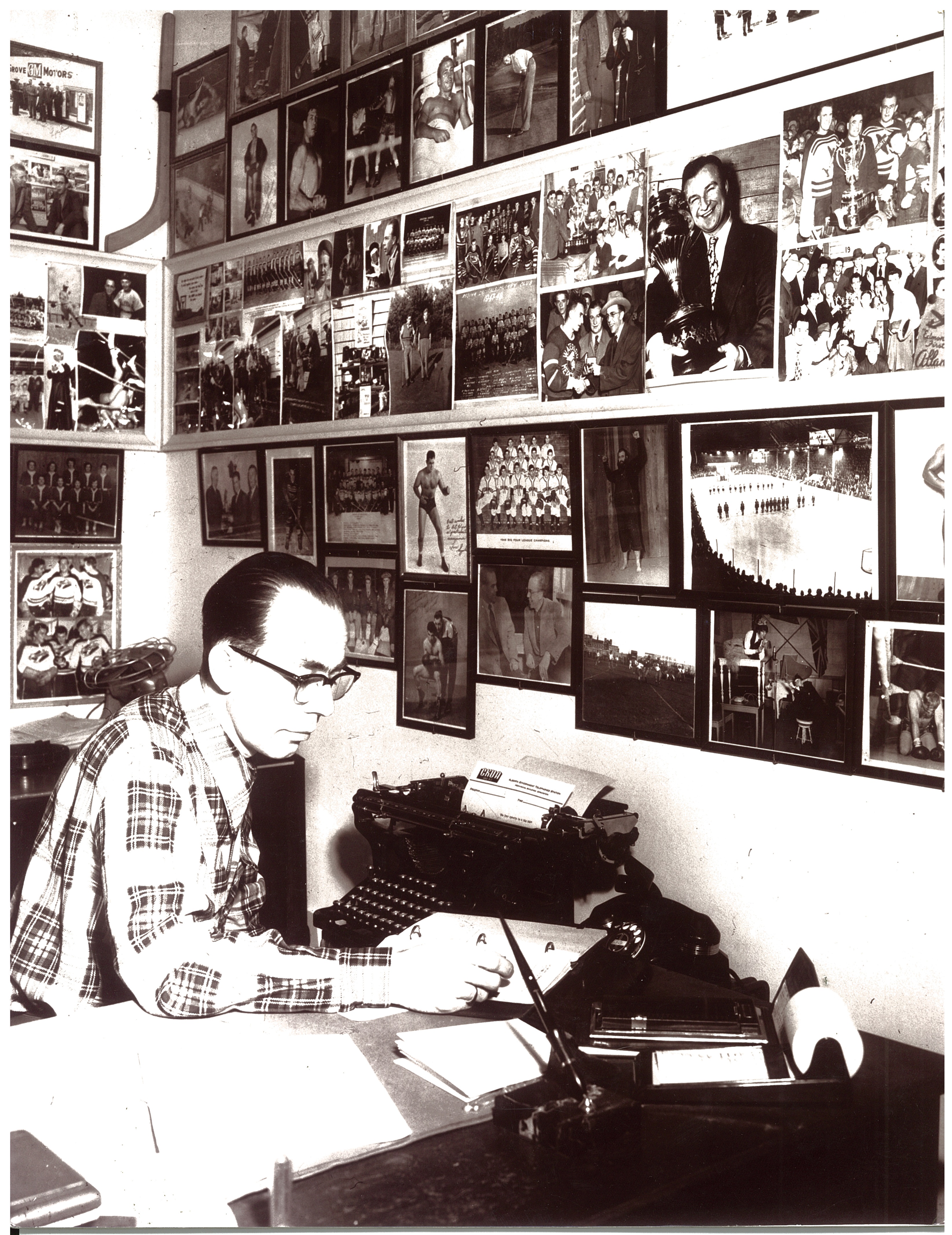 “He was very devoted and very dedicated to whatever team sport he was covering or following. He was one of the team until the actual play started.”

As CKUA’s sports director from 1947-1960, Art Ward was known for his strong opinions, witty banter, and colourful commentating.

Originally from Calgary, Mr. Ward began his radio career there in the late 1930s-yet it was music, not sport, that first brought him north to Edmonton. Here he worked as a bandsman, playing drums in small orchestras at local music clubs including the Tivoli Ballroom and The Barn. A Hudson’s Bay employee by day, Ward would make a quick costume change into a tuxedo before heading off to his evening music gig. Friends recall that although Mr. Ward was generally a meticulous dresser, he did have a trademark “lousy-looking, moth-eaten” buffalo coat he’d wear any time the weather dipped below +15C. It made for quite a fashion-statement covering his dapper tuxedo!

In 1940, Mr. Ward joined Edmonton’s CFRN Radio and in 1943 became a sports commentator for that station. The Billboard [Magazine] Music Year Book for 1944 includes Mr. Ward of CFRN on an extensive list of radio station disk jockeys working in the United States and Canada. In 1947, he assumed the role of sports director at CKUA where his use of lively descriptors and quips earned him a loyal fan base.

Mr. Ward commentated Edmonton Flyers home games from the city’s first indoor hockey arena-the Edmonton Gardens. Perched in the press-box, and accompanied by his wife Ruth, the pair would enjoy cookies, cakes, coffee and each other’s company as Mr. Ward worked to bring the game to life for those tuning in across the airwaves. It was something of an outing for the two of them-he was there to enjoy the game and he hoped his listeners did too. Mr. Ward often took the show on the road, travelling with Edmonton sports teams to their out of town games. 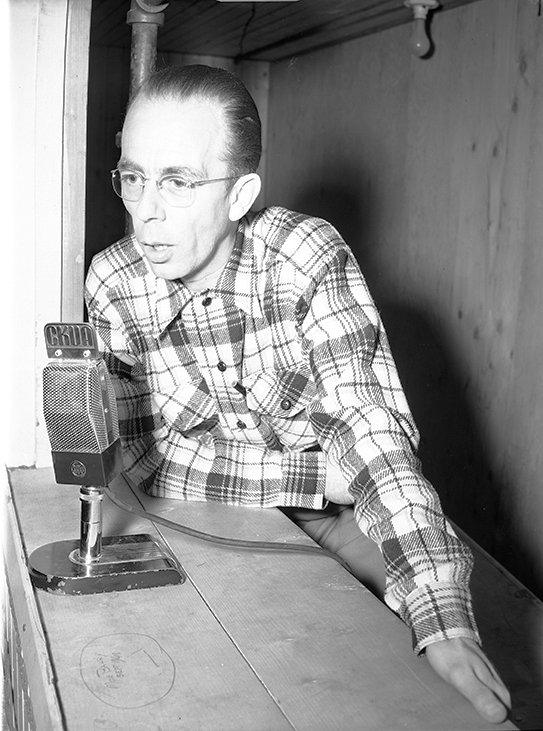 Known for his strong convictions and a deep sense of right and wrong, Mr. Ward was not shy about sharing his opinions with his friends and listeners. Those who knew him recall that Mr. Ward felt that baseball should take centre stage in the summer and hockey should have the winter. When CFL football returned to Edmonton in 1949, Mr. Ward felt there really was no place for it because it overlapped and intruded on baseball and hockey season! In January 1952, when Frank Currie was let-go as coach of Mr. Ward’s beloved Edmonton Flyers, he took to the airwaves to vent his displeasure at the decision and show his support for Mr. Currie-whom he deemed to be a most kind and generous man but a tough coach when necessary.

Art Ward worked at CKUA during the heady days of sport in Edmonton in the late 1940s and early 1950s. His love of baseball and hockey, and his love of sports in general, infused his commentaries with an intensity and passion that drew his listeners in-enticing them to sit that much closer to the radio. Experiencing ill-health, Mr. Ward left CKUA for the public relations department of Alberta Government Telephones (AGT) in 1960. Sadly, he passed away that same year due to a heart condition at the age of 48. It is perhaps fitting to conclude with the words of Mr. Ward… “A good, good evening sport fans in Edmonton and wherever you are.” 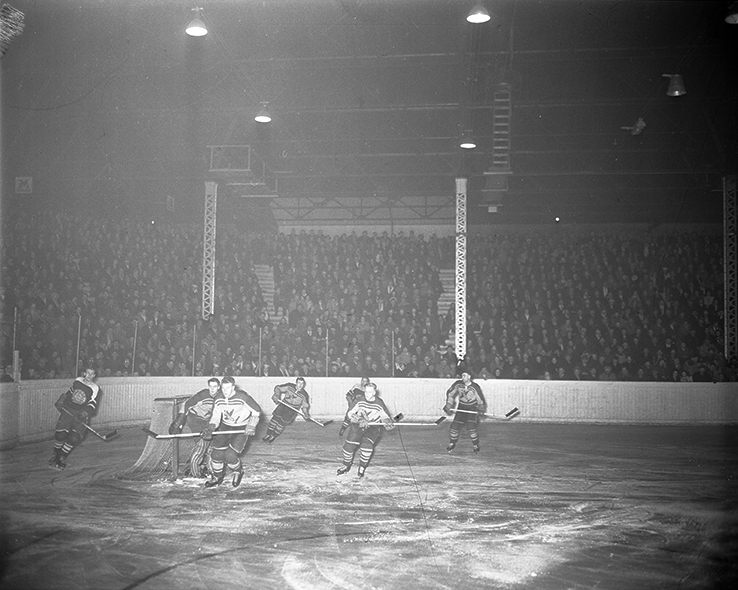 “Nobody in my memory has ever berated officials in an actual play-by-play. Art always had time to stop the play-by-play broadcast and comment on the inefficiencies of the referees, the nastiness of the opposing players…”
Leo LeClerc
Edmonton Oil Kings General Manager, 1950s/60s

“He died in 1960 at the age of only 48…but Art was a man people liked to remember.”
Gordon Olsen
Host of CKUA’s The World of Art Ward