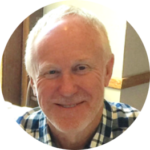 Lindsay Hood is a passionate supporter of CKUA, an avid listener since 1975 and a financial supporter since 1997 when he served as co-chair of CKUA and assisted in resurrecting CKUA after the station went off the air.

In his professional life, Mr. Hood has been actively involved in many notable oilfield service ventures in his 41 years in the sector. He has served as a field engineer, marketer, manager, executive, owner, founder and financier of successful oilfield service companies. Mr. Hood has served on the Boards of charitable and arts organizations, and both public and private companies.

He is currently the Chairman of Kobold Corporation – a privately-held oilfield service technology company founded in 2007. 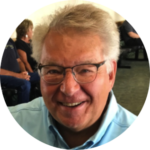 Bill Roggensack began listening to CKUA broadcasts in the 1960s and has been a committed financial and volunteer supporter since before the dark days of 1997. He delights in sponsoring some of his favourite programming on a regular basis, assisting CKUA in its mission to bring quality curated music to listeners in Alberta and around the world.

Bill currently chairs the Board of Directors for Volant Products Inc., a privately held specialty equipment manufacturer. In 2013, he began transitioning out of executive duties, but still provides corporate and strategic oversight. Before founding Volant, Bill served in senior technical and management roles in the energy sector with an industrial research laboratory (11 yrs), and before that, as a geotechnical consultant for hydrocarbon and mineral resource development projects in the Canadian Arctic and Alaska (17 yrs).

Bill has held volunteer roles with numerous professional organizations including APEGA, CGS, SPE, NRC, ASCE and the APEGA Education Foundation. Additionally, Bill has served on APEGA’s Council (3 year elected term) and has been both a Board Member and President of the APEGA Education Foundation (a charitable foundation). He has also served on advisory boards in academic and technical settings.

Bill lives in Calgary, where he enjoys having grandchildren close by, and pursuing his passions of music, gardening, fly fishing, travel, and reading. 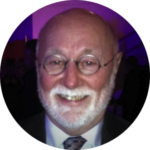 Ken Regan is a journalist, music and arts evangelist, and former CEO of the CKUA Radio Network, Canada’s oldest public broadcaster and most successful community-funded broadcaster.

During 18 years at the helm of CKUA, Ken helped bring CKUA from the brink of bankruptcy in 1999, to self-sufficiency and financial sustainability. In 2012 he successfully capped an 8-year effort to secure a much needed, new home for CKUA, with development of a $20-million state of the art broadcast facility at the gateway to Edmonton’s downtown arts district.

In addition to his work at CKUA, Ken has served on the University of Alberta Senate, as Chair of the Lieutenant Governor of Alberta Arts Awards Board of Directors, as a jurist for the Audio-Visual Trust of Canada and on the Canadian Association of Journalists’ Ethics Committee.

He has been honoured with a Western Canadian Music Alliance Legacy Award (2017), the Syncrude Award for Excellence in Arts Management (2016), a City of Edmonton Citation for Contributions to the Arts, and was twice nominated as the EY Canada (Ernst & Young) Entrepreneur of the Year. 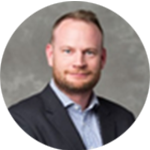 Neil is a seasoned financial executive with proven experience leading financial strategy to support growth and optimize financial results. Current responsibilities demand setting the overall direction of finance; including accounting, taxation, legal, insurance and budget functions with a focus on developing risk management policies and strategies. He has worked in public practice (PwC) as well as in industry, where he is currently the CFO (Chief Financial Officer) at the Thompson Construction Group. Prior to this Neil was the CFO at Noralta Lodge until its sale in 2018.

Neil currently sits on the board for Fringe Theatre Adventures and is a member of the Finance Committee. He also is a member of an advisory group for FC Edmonton and a committee member for Wine & Words for the Centre for Family Literacy.

While his current career is financial in nature, he is also a Radio & Television Program graduate of NAIT and worked as a Production Technician for The Bear and Team 1260 from 2000 until 2002 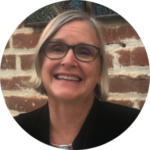 Mary Corbett has been a CKUA listener for 65 years. Her great uncle, Ned Corbett, was one of CKUA’s founders in 1927. She is passionate about music, the arts and the varied curation that CKUA provides for its listening audience. She has been a successful fund raiser for the organization and is dedicated to seeing CKUA reach its 100th anniversary and beyond.

Her post graduate career included teaching positions at Capilano University, University of British Columbia and St. Mary’s University before entering a non-academic career in commercial real estate in Calgary and Toronto. Subsequently she worked for Xerox Learning Systems (later Learning International) before taking a position with a large international seismic company. There she was responsible for both developing and administering the learning and personal growth programs for more than 1,000 employees worldwide.

Mary retired 15 years ago to more fully enjoy life and travel around the world with her husband. Her passions include singing, reading, travel, fly fishing and swimming in warm oceans. 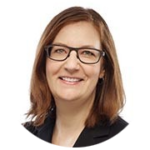 Heather Gallant is a daily listener to CKUA with an affinity for arts and culture. She has enjoyed the eclectic programming at CKUA since the early 1990s.

Heather is a corporate and commercial lawyer with broad practice experience. She currently is General Counsel at SMS Equipment Inc., a heavy equipment dealer serving the construction, forestry, mining & road building industries. Heather was previously legal counsel for a charitable health care provider and worked in private practice in Ontario and Alberta. Before shifting to law, Heather worked in university research, clinical medical laboratories, and in University Technology Transfer. 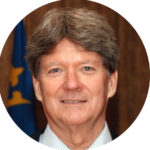 Bruce McFarlane retired as Vice President of Business Development at RMP Energy Inc in 2017. His oil patch career started in 1980 as a landman at Dome Petroleum. He has over 38 years of experience in the energy sector with 19 years in executive positions in both small and large energy companies, including Rider Resources, Meota Resources, and Poco Petroleum. He is a member of the Canadian Association of Petroleum Landmen (CAPL).

Bruce holds a Bachelor of Arts degree in math and a Bachelor of Physical and Health Education degree from Queen’s University, where he previously sat on the Queen’s Campaign Cabinet. Bruce and his wife were recognized by the Calgary Branch of the Queen’s University Alumni Association with the Johnson Award in 2012. Bruce was also recognized by the CAPL as its Distinguished Citizen in 2012. In 2019, Bruce was awarded the United Way Centraide Chairs Award of Distinction for his sustained dedication and commitment to the success of the organization.

Bruce was Co-Chair of the Financial Services division for United Way of Calgary and Area’s 2010-2013 campaigns. He joined United Way’s Board of Directors in 2014 and became Board Chair in 2017. His past Board commitments include Chair of the Governance and Strategic Planning committees, and past member of the Tomorrow Fund. His current Board involvement includes:

Bruce is married to Dr. Janice Heard and has three daughters, three grandsons, and two granddaughters. He is a long-time listener and supporter of CKUA radio and looks forward to serving on the board. 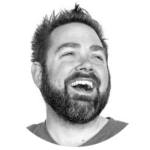 Adam is a marketing and communications veteran. Right now, he hangs his hat at ATB Financial, working with an incredible team of creative professionals, as the Director of Story on the External Communications team.

With a BA in Psychology, English and a background in communications writing, Adam was drawn early in his career to the growing phenomenon of social media. One of his earliest projects was as founder and editor-in-chief of OilersNation.com, the popular independent Oilers news website written for fans of the team by fans of the team.

He eventually moved on to take the leading digital role at Calder Bateman Communications, where he led on numerous innovative campaigns including NoHomophobes, which garnered extensive industry recognition and international media attention and has been shared by over 150k users.

Other significant projects include hosting and producing a travel podcast (the Expats), producing a politics podcast (the Daveberta Podcast), and co-founding and hosting Nerd Nite Edmonton. 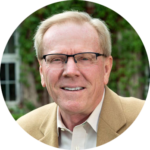 Bud first heard CKUA in 1962, listening to Alberta School Broadcasts in elementary school. He began actively listening in 1968. Bud became active in the CKUA’s affairs in 1997, as a member of the community that rallied for its return to the air. He served as Chairman of the Board of Directors for six years and has remained engaged behind the scenes ever since.

Bud is a retired lawyer who practiced in Edmonton from 1983 – 2019. In addition, Bud has been employed by the Canadian Football League from 1981 to the present day, first as an on-field official and most recently as a member of the Officiating Department‘s Management Team. For several years, Bud had a program on TSN Radio discussing officiating matters in the CFL.

Bud lives in Edmonton with his partner Debbie and they have two wonderful grandchildren who they are actively introducing to CKUA. 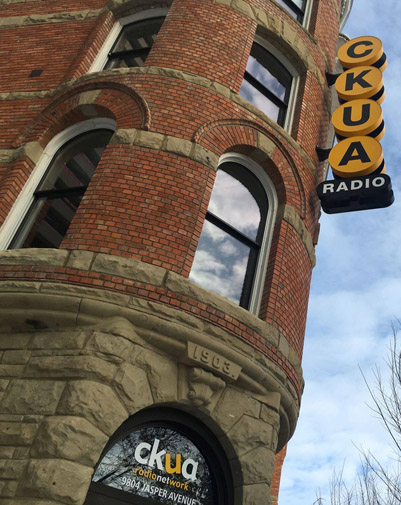 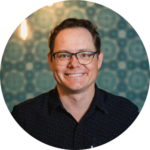 Marc Carnes joined CKUA in 2017 with a mandate to help CKUA evolve in a rapidly changing world. His 20-year career has taken him all over Canada, working in a variety of roles within the cultural and creative economies in New Brunswick, Nova Scotia, Ontario and Alberta (twice!).  Marc moved to Edmonton in 2005 where he spent six years heading up the fundraising and community relations departments for the Edmonton Symphony.

After that, he was in private consulting for six years during which time he served as Chair of the Board for the Edmonton Fringe. Currently, Marc serves on the Board of Directors of Explore Edmonton, helping to grow the region’s visitor economy.

When not in the office you can find Marc and his wife, Christy, and their dog Pratt spending time outdoors year-round in Edmonton’s river valley and in the mountains.