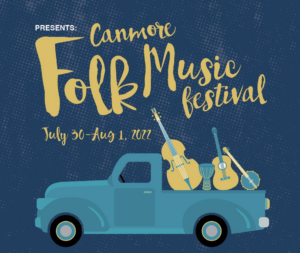 The Canmore Folk Music Festival just announced there will be music in the mountains once again at Centennial Park this summer! The Heritage Day long weekend will see a diverse and dazzling roster of talent take to the Stan Rogers Memorial Stage. The lineup includes heavy hitters like Kathleen Edwards, Danny Michel, William Prince, and Bedouin Soundclash, as well as plenty of exciting “next generation” artists.

Wyatt C. Louis is an Alberta singer-songwriter whose star is most definitely on the rise, and who makes an appearance at Canmore Folk 2022 as part of the “School of Song” contingent of burgeoning Alberta talents. Wyatt joined Grant Stovel on Alberta Morning to share what it feels like to be on the bill for the 2022 edition of one of the most storied folk festivals in all of Canada!

CKUA and the Depth of Possibilities