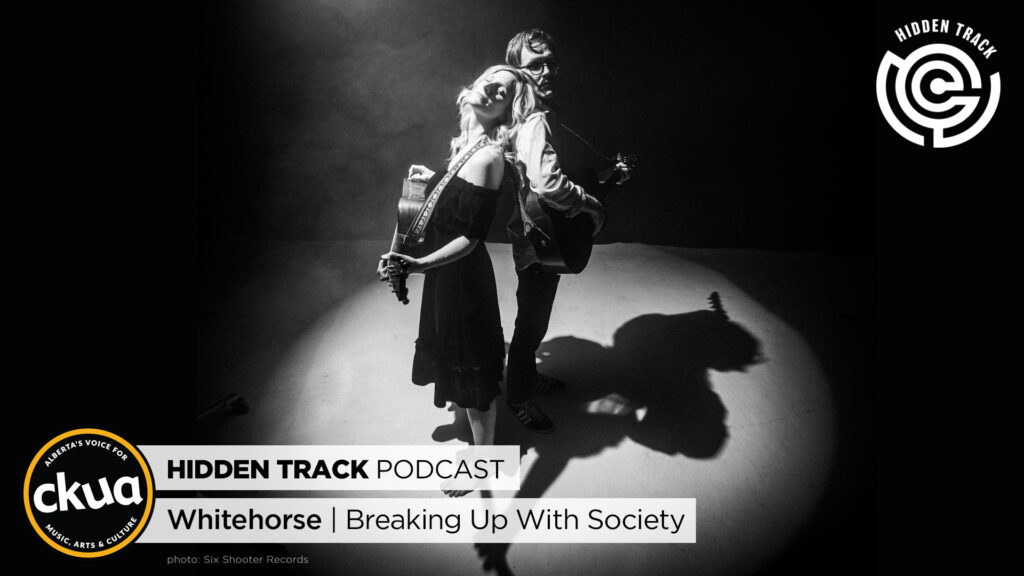 Kicking things off in 2023 is (currently) Manitoba-based folk rock duo Whitehorse! Composed of husband-and-wife duo Luke Doucet and Melissa McClelland, Whitehorse’s sound spans from folk/americana to groove-driven pop rock. Doucet and McClelland have always been talented musicians, and both had successful solo careers before joining forces as Whitehorse.

Released on January 13, 2023, the duo’s eighth studio album, I’m Not Crying, You’re Crying, marks a tonal shift to the melancholic sounds of hurtin’ classic country. Spurred on by feelings of loneliness and isolation due to the pandemic, I’m Not Crying, You’re Crying has been described as a “breakup album with the world.” Songs like “If The Loneliness Don’t Kill Me” and “6 Feet Away” serve as a cry for human connection, written during a time when those connections were incredibly hard to find.

In our first episode of Hidden Track Season 4, Whitehorse | Breaking Up With Society, Luke Doucet and Melissa McClelland join CKUA’s Grant Stovel from their Manitoba home to discuss the inspirations behind their latest album, how it feels to be touring again, the duo’s musical origins (including a story of 14-year-old Luke’s blues band) and so much more!