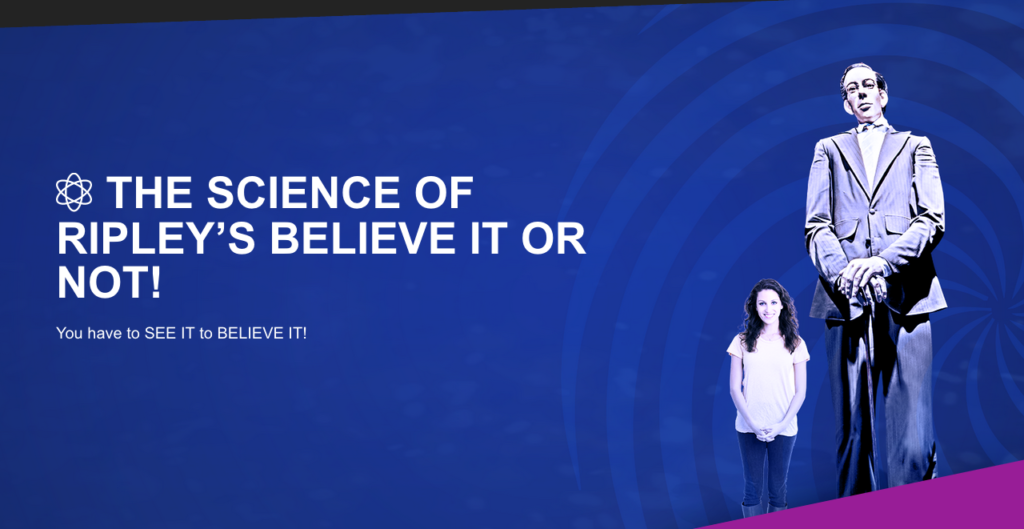 In 1939 America was steeped in the Great Depression, but though times were tough, the public had a rapacious appetite to be entertained. Into this picture stepped Robert Ripley, a kid who liked to draw, with an unquenchable thirst to explore the world.

The Science of Ripley’s Believe It or Not! is an exhibit on now at the TELUS World of Science in Edmonton. Chock full of amazing oddities and interactive displays, the exhibit embodies the spirit of its founder.

CKUA’s Tony King recently talked with John Corcoran, Director of Traveling Shows with Ripley Entertainment in Orlando, Florida about the origins of the Ripley phenomenon and how it is manifest in the TELUS exhibit:

There is a little bit of the Ripley spirit on exhibition in Edmonton at the TELUS World of Science, as the Science of Ripley’s Believe It or Not! is on now.

This is a traveling, interactive, showcase that captures the spirit of founder Robert Ripley. For more details on the exhibition check out the Telus world of science website.