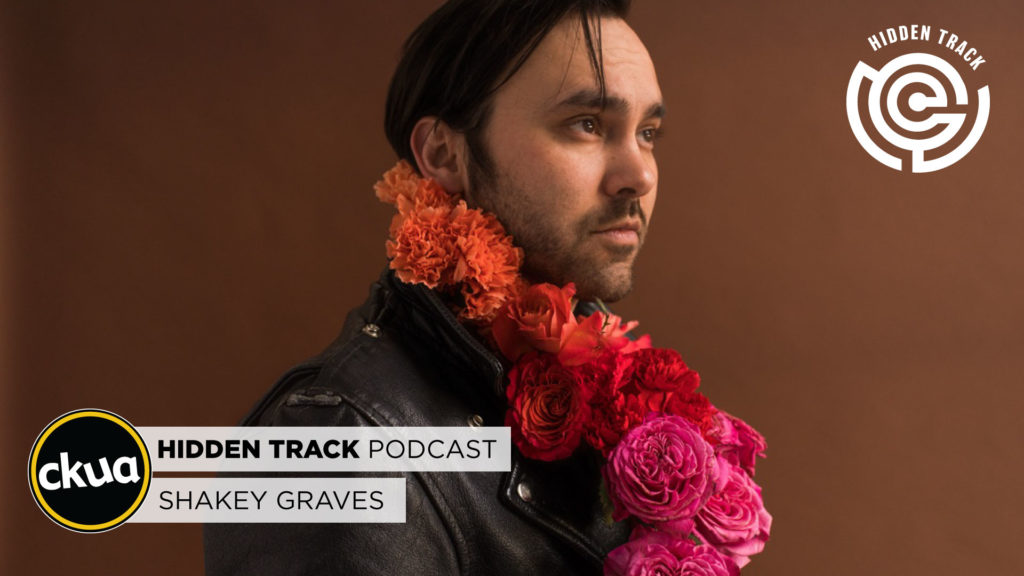 Alejandro Rose-Garcia, aka Shakey Graves, burst onto the Americana scene in 2011 with his debut album ‘Roll the Bones.’ Armed with a suitcase outfitted with a kick pedal, and his acoustic guitar, the Austin born musician was soon mesmerizing audiences with his spectacular one-man-band performances. His 2014 follow up ‘And the War Came,’ yield the smash single “Dearly Departed,” and earned him slots on the Late Show with David Letterman, Conan, and Austin City Limits.

This week on the Hidden Track podcast, Alejandro talks to Grant Stovel about his artistic vision for his 2018 release ‘Can’t Wake Up’, the creative advice he received from director Robert Rodriguez, and his sincere love for The Spice Girls. Plus, we check out three tracks from the record, including a live acoustic performance of the single “Kids These Days”.