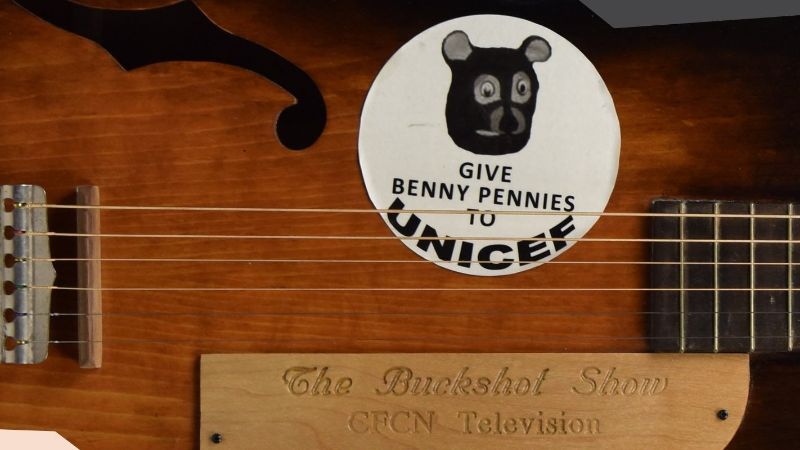 If you grew up in Calgary in the ‘70s and ‘80s, chances are you watched The Buck Shot Show.

Hosted by entertainer Ron ‘Buck Shot’ Barge, the popular children’s program also featured puppet characters such as Benny the Bear and Clyde the Owl. The Buck Shot Show first aired in 1967 and by the time it wrapped up in 1997, it was the longest-running children’s program in Canadian TV history.

Now, the acoustic guitar that Buck Shot played during the show is part of Community Storytellers, a new online exhibit presented by the National Music Centre.

CKUA’s Lisa Wilton spoke with the legendary 84-year-old former TV personality about some of his memories of the show and what advice he has for children now.