Pawâkan Macbeth takes place before the numbered Treaties were signed, when Plains Cree were allied with Stoney Nakoda and at war with Blackfoot over territory, food, supplies and trade. The Canadian Government were making their way west with Sir John A. MacDonald as its leader. Harsh environments brought immense fear, starvation, and uncertainty together to awaken the darkest of Cree spirits, The Wihtiko – a being with an insatiable greed.

Inspired by working with the youth of Frog Lake First Nation, and shared stories from Elders in the Treaty 6 region, writer-director Reneltta Arluk has created a terrifying journey through love, greed, honour and betrayal, with coyote howlers teaching us that resurgence requires balance.

In collaboration with the National Arts Centre, a live staged reading of Pawâkan Macbeth is being made available online as part of #CanadaPerforms, a short-term relief fund that pays professional Canadian artists and professionally published authors for their online performances.

The live staged reading of Pawâkan Macbeth takes place on Facebook, May 1st at 6PM MT 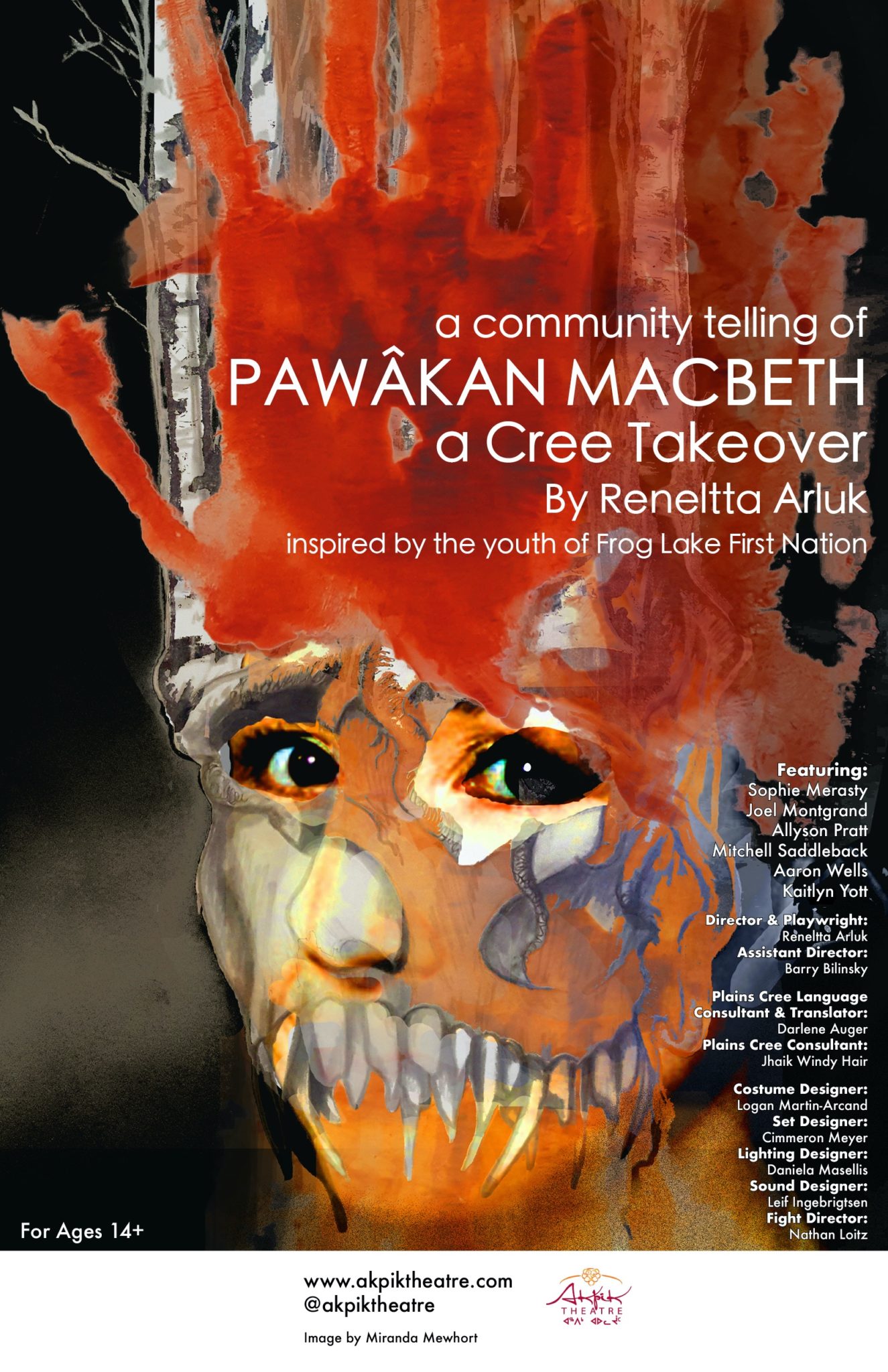