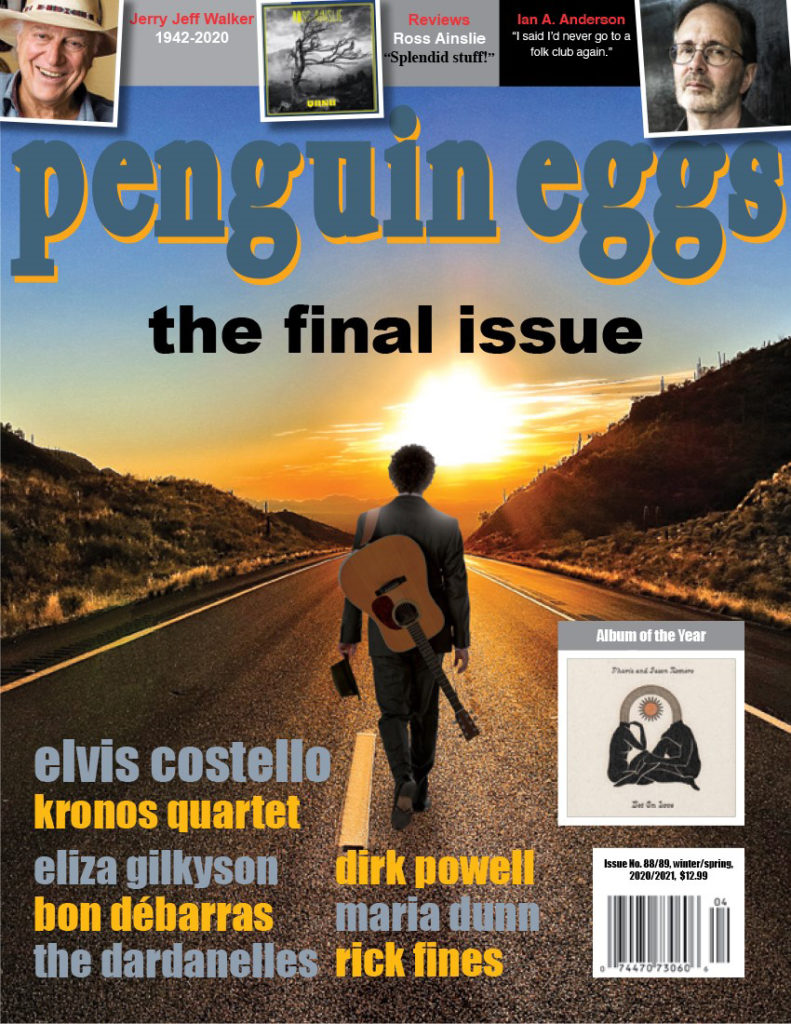 The magazine’s premiere print edition was released in 2001. The very last issue of Penguin Eggs is a whopping double issue with features on Elvis Costello, Dirk Powell, and Eliza Gilkyson.

We spoke with publisher Roddy Campbell about the magazine’s near two-decade run on Wednesday December 9, at 8:45 AM (MST) on Alberta Morning.