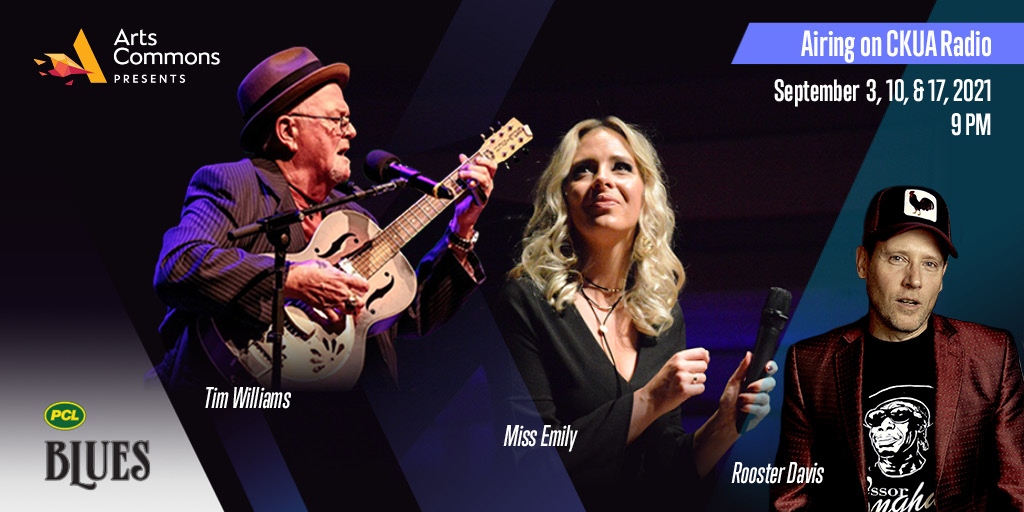 CKUA has partnered with Arts Commons to present the PCL Blues series, showcasing live blues performances during the first hour of the Friday Night Blues Party on Sept 3, 10, and 17. 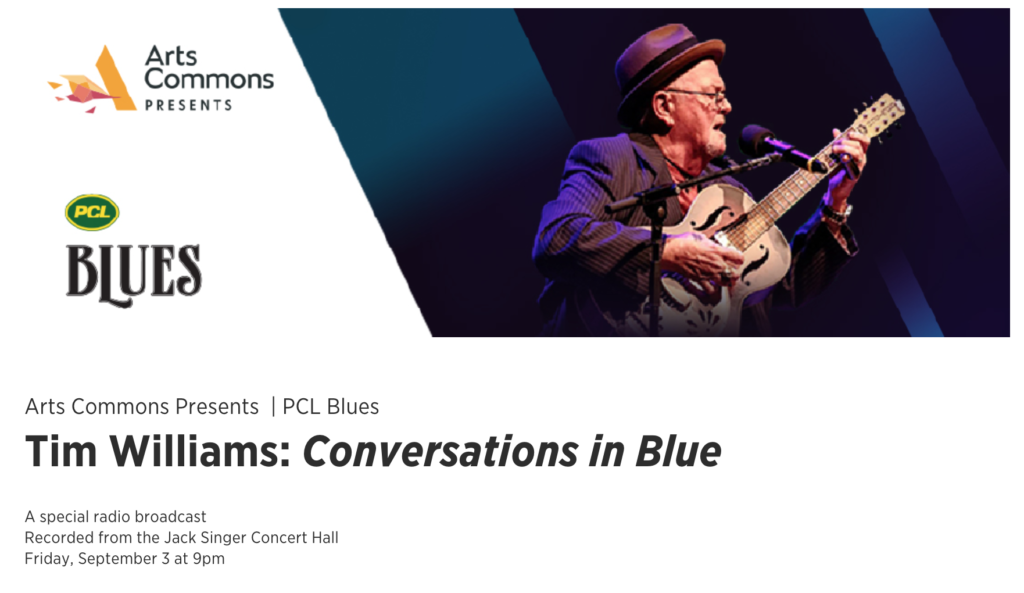 Thursday, September 2, at 8:45 AM (MT) on Alberta Morning, Williams, Khan, and Kushwaha joined Grant Stovel to talk about finding musical common ground through this exciting collaboration.

For a limited time only here is Tim Williams: Conversations in Blue, broadcast from Friday, September 3rd at 9:00 PM (MT) hosted by Cam Hayden. 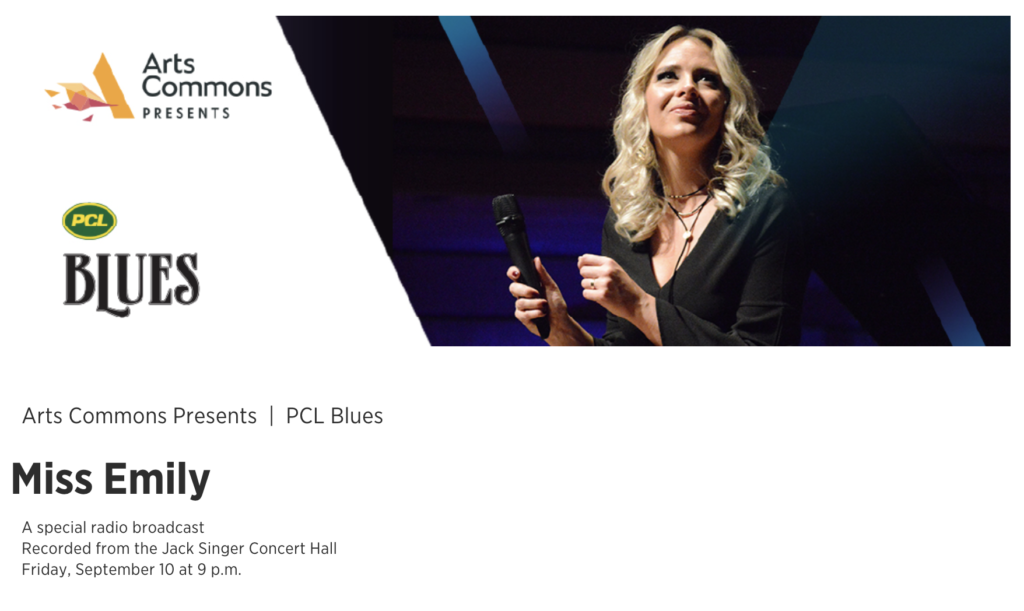 Thursday, September 9th at 5:45pm MT, Kingston, Ontario-based artist Miss Emily, talked with Grant Stovel about the vibrant, tight-knit Kingston music scene, and collaborating with members of The Tragically Hip. We also heard about the soul and pop artists who’ve inspired her singing and songwriting and her collaboration with Calgary’s own Russell Broom.

Session three in the PCL Blues series is Miss Emily, recorded live at the Jack Singer Concert Hall in Calgary, backed by Russell Broom. After hearing this performance, you’ll understand why Miss Emily swept the 2020 Maples Blues Awards. That year, she took home three awards, including Female Vocalist of the Year, and New Artist of the Year. For a limited time only here is Miss Emily, broadcast from Friday, September 10th at 9:00 PM (MT) hosted by Cam Hayden. 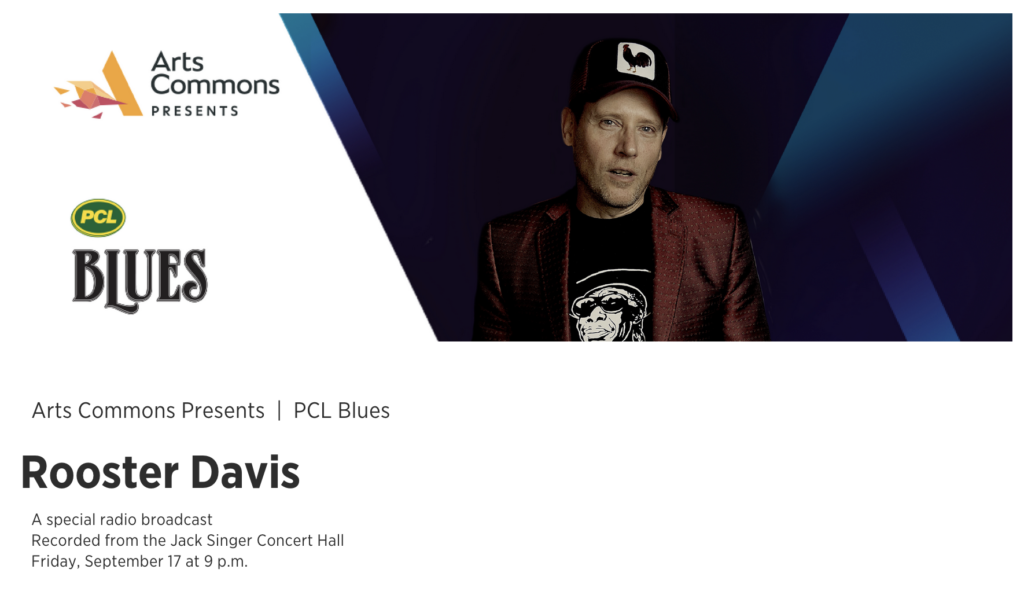 David Aide, aka Rooster Davis, is Edmonton’s reigning king on New Orleans-style blues piano. In fact, he has travelled to NOLA at least once a year since 2005 (you know, in non-pandemic times) to study with the greats and soak in that vibrant, rollicking pulse he channels into his music. But not one to forget his prairie roots, Rooster’s music combines the bouncing energy of New Orleans jazz with Canadian, rock, and country – a perfect cocktail for the Albertan jazz fan.

Monday Sept 12th at 8:45 AM (MT), Aide joined Grant Stovel to share the story of falling in love with the sound of New Orleans R&B, ‘meeting’ his Rooster Davis alter ego for the first time, and the all-star combo he assembled for Friday’s broadcast.

CKUA has partnered with Arts Commons to present the PCL Blues series, showcasing live blues performances during the first hour of the Friday Night Blues Party on Sept 3, 10, and 17.Listen