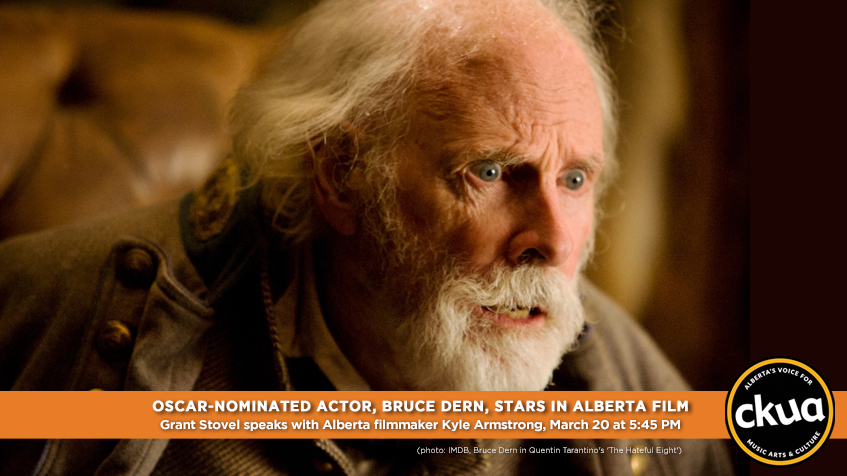 It was no small feat to score Oscar-nominated actor Bruce Dern to star in an Alberta-based film production but Kyle Armstrong did just that.

His film, Hands That Bind, stars Bruce Dern, among others, in a deeply personal story about life in small town Alberta. Dern plays a mysterious and complex neighbour from the farm down the road. The film also features Will Oldham, better known as Bonnie “Prince” Billy, and Alberta’s own Corb Lund makes an appearance in the film as well.

Hands that Bind is currently in post-production. CKUA’s Grant Stovel caught up with Kyle to discuss the film and its star-studded cast.