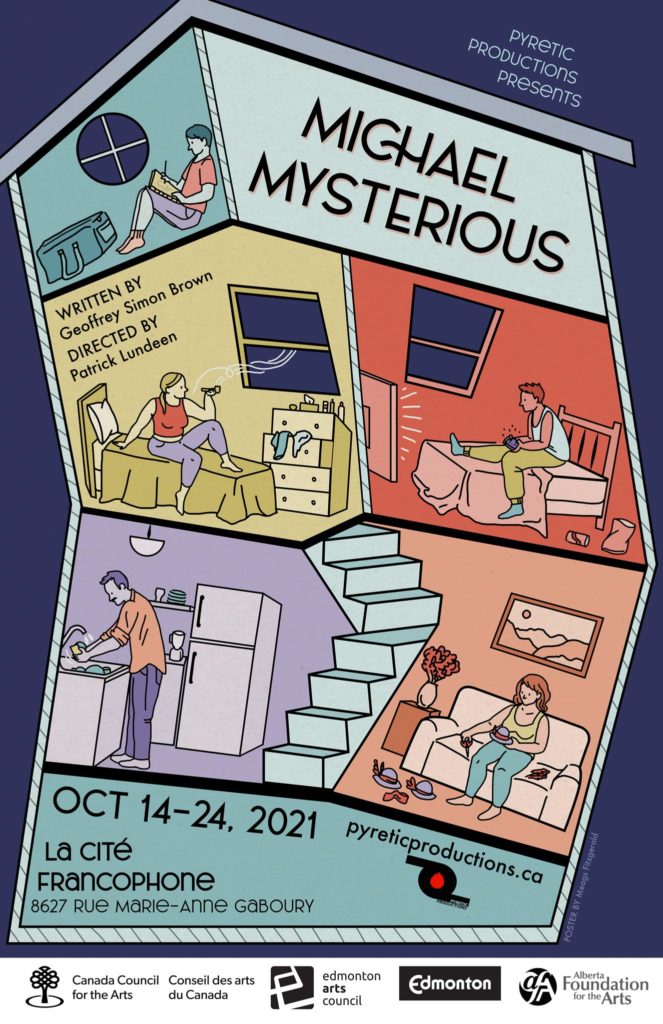 When 15-year-old Michael’s grandmother dies, he is taken in by Arlene, the mother of his estranged childhood best friend. She and her son Jeremy recently moved into a new suburban home with her new boyfriend Paul. Paul also has a child, a 17-year-old daughter named July.

Pyretic Productions describes the play as a “hilarious, dark, refreshingly honest portrayal of the awkwardness and loneliness of life and love.”